Since 2005, the Free Night of Theater program has become an effective way of reaching out to audience members who had never seen a live theatrical performance or were curious about seeing a performance for the first time from a specific theater company. And, this year, Utah, participating for the ninth time, is offering an expanded version of the program that will give prospective theatergoers the chance during the entire month of October to see one of 17 productions by 14 local theater groups for free. 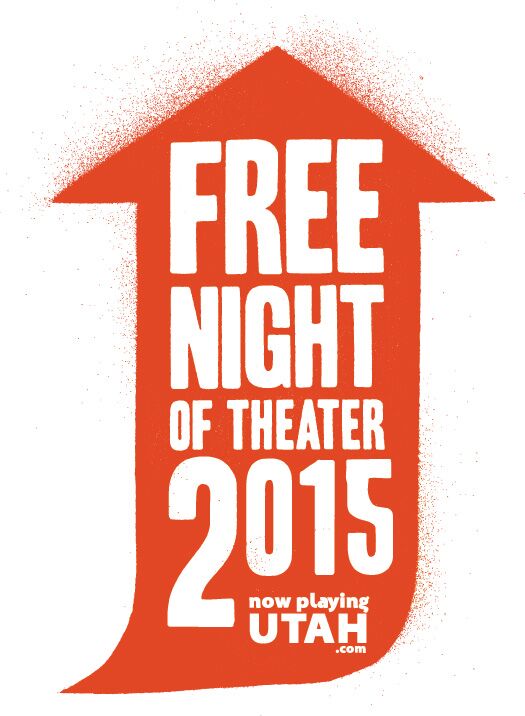 Sponsored by NowPlayingUtah.com and coordinated with the LA Stage Alliance, the Free Month of Theater Program covers a broad spectrum of performing arts companies including the state’s major universities, the Utah Shakespeare Festival, Plan-B Theatre, Hale Centre Theatre in West Valley, Salt Lake Acting Company, and companies in other parts of the state.

“It has been one of the most effective ways of helping increase audience participation in the arts,” says Pat Holmes of NowPlayingUtah, “and the participating theatres have been extremely generous in rounding out the schedule for October.”

To enter for the chance to win tickets, prospective participants can register a profile here through Sept. 20. Individuals can select the top five performances that they would like to see, and they will be entered in a lottery to which they could win as many as three pairs of tickets. Winners will be notified by email on Sept. 26. Available performances will be held throughout October.

In previous years, the campaign was limited to just one night of theater. The program started in 2005 with the support of Theatre Communications Group (TCG), the national organization for the American Theatre, as a pilot project with three cities. By 2007, the program gained traction throughout the country, and Utah participated for the first time. Within six years, the campaign involved more than 400 performing arts organizations in 19 states, offering more than 55,000 tickets for 1,800 performances. The LA Stage Alliance took over in 2012 to coordinate the network for the Free Night of Theater campaign.

Holmes says more than 650 people participated last year in Utah’s lottery for tickets and she expects the numbers to grow with the expanded opportunities being made available for the entire month. “We gather a good bit of anecdotal evidence from this campaign,” she explains, “and most people take up the opportunities because they normally might not be able to afford going to the theater or they are interested in giving their children the experience of live theater.” She adds that even though the program is no longer nationally coordinated, “we believe that the free night campaign is too important to let lapse.”

Several recent studies by the National Endowment for the Arts suggest that higher levels of audience participation for specific performing arts events are correlated with affordability, education and the exposure to the arts that audience members had during their childhood. In fact, childhood experiences with the arts were among the strongest correlating factors for arts participation as adults. According to the NEA, the odds of attending performances as adults are more than three times greater for those who attended a live music, theater, or dance performance in childhood, relative to those who did not.

The following theater companies and performances will be eligible for the program:

Covey Center for the Arts, The Legend of Sleepy Hollow

SCERA Center for the Arts, West Side Story and James and the Giant Peach

For more information on the Free Night//Month program and ticket registration, go here and click on Free Night of Theater.