Each year, the Utah Arts Festival is the most effective barometer of the strength, impact and potential of arts in the state. At 40, the festival is really a cosmopolitan miniature city in which more than 80,000 people will sample from the largest slate of programming, artists and performers ever presented at one time in Utah.

New is the operative term in all neighborhoods of festival city during this milestone anniversary year.
In the artist marketplace, 583 submissions came in and the jury selected 160 artists, including 53 from Utah and 107 from outside of the state. More importantly: 55 are making their first appearance at the marketplace (one-third of the entire list) and 34 have never applied before to participate in a juried exhibition.

After two years of preliminary programming and activities, the festival’s newest full-fledged venue – Art and Technology – is geared to help visitors make and take home more than 8,000 items of their own creation along with a demonstration of everything from a simple homemade pinball machine to an artificially intelligent painter and the creative tools of 3-D digital art. And, three musicians from The Synthphonics will be on hand to demonstrate the music-making capabilities of the miniature Atari Punk Console synthesizers which will be available to visitors while supplies last.

Jet Black Pearl, an accordionist who was born in The Netherlands, will collaborate with local musicians Harold Carr and Flavia Cerviño-Wood during several shows (June 25, 3 p.m. and 6 p.m.; June 26, 3 p.m., City-County Building, and 6:30 p.m., Park Stage).

The Utah Symphony, which last performed at the festival during its 25th anniversary celebration, returns to the stage (June 24, 6 p.m., Festival Stage), led by Rei Hotoda, the associate conductor, in a program featuring music of Tchaikovsky, Borodin, Strauss and Beethoven. Members of the Utah Opera will perform ‘random acts of opera’ on all four days of the festival in the atrium of the City Library.

In The Gallery at Library Square on the fourth floor of The City Library, the 40 in 117 exhibition presents works from Utah artists that have been created over the last four decades and are included in the state’s official collection of fine art, created 117 years ago as a result of legislation proposed by Alice Merrill Horne, a pioneer in making visual art accessible to all Utah residents in the late 19th century and well into the 20th century.

In its 14th year, the Fear No Film shorts festival will include seven categories of screenings on the theme of transitions, the annual Utah Short Film of the Year competition with seven finalists, and offerings of short programs of animation and live-action films for children three and up as well as those for children eight and older in the Art Yard. This lineup is the largest in festival history. There will be a world premiere, the Utah Short Film of the Year competition, 35 films from 22 countries, 22 films from 15 other states and 12 films from Utah. This also will be the largest slate of films that have won awards at other festivals. There were a record number of submissions, well past the 500 mark.

After its biggest showing last year, The Literary Arts venue enters its third decade at the festival with an equally dynamic program, with even more seating slated for The Big Mouth Stage located on the east side of the festival campus adjacent to The Leonardo. Events include readings by some of the nation’s best known award-winning literary figures and, for the second year, the local storytelling events of The Bee: True Stories from The Hive. Poetry slams always are a big festival draw. This year more than 40 will compete in the individual event while the team competition promises to be an unprecedented blockbuster with eight teams from Salt Lake City and other major metropolitan areas in the West.

Along with its team and individual poetry slam competitions and the Wasatch IronPen competition, which marks its 10th anniversary this year, literary arts organizers will present numerous workshops. Presenters include popular artist-author husband-and-wife team of Paul Guinan and Anina Bennett, the steampunk creators behind the science fiction comic book Heartbreakers, as well as the illustrated hard cover publications Boilerplate: History’s Mechanical Marvel and Frank Reade: Adventures in the Age of Invention. Performance poet Matt Hart, a former punk musician who has published six books of poems and is editor of the Forklift Ohio journal, will present a workshop on the Poetic Sublime.

Cimarrón, a Grammy-nominated ensemble from Colombia, will perform Joropo and Llanera music (June 26, 8:15 p.m., Festival Stage) as well as Zapateado (Stomp Llanero dance), accompanied by percussive strings and maracas, dynamic vocals and bracing pace. The group also will offer music and dance workshops, including basic techniques of basic Joropo and Zapateado (Stomp Llanero) dances, as well as background about The Plains of the Orinoco River, its society and culture, the llanero music and the instruments of Joropo Music (llanera harp, Cuatro, Bandola llanera, Bass, vocals and percussions (Maracas, Zapateado): its particular sound, its characteristics, basic playing techniques and its role within the instrumental textures of llanera music. The group’s appearance is made possible through Southern Exposure: Performing Arts of Latin America, a program of the Mid-Atlantic Foundation in cooperation with the National Endowment for the Arts.

The Street Theater venue brings a new company to the festival. Having visited more than 40 countries in more than 20 years, seven members of the Neighbourhood Watch Stilts International members will perform Les Oiseaux de Lux, a strolling ever-evolving theatrical piece about a flock of wingless birds who have the power to elicit even a good bit of laughter and amusement from the most stoic ego-focused individual in a public setting like the Utah Arts Festival. The group will perform twice daily at 4 p.m. and 6:30 p.m.

Presenting four performances will be The Bboy Federation, a freestyle group combining elements of b-boy and street choreography (June 23, 24, 25, 6 p.m.; June 26, 7 p.m., The Round).

The Urban Arts Yard will house ongoing graffiti art and the large urban sculpture created by local artist Jeremy Cox. At FatCap Hats, visitors can select lids which then will be turned into custom hats by local artists, for a nominal price. Visitors also will be invited to add their own mark in the “100 Artists 1 Image” by painting a piece of a 20-foot puzzle mural. The completed work will be installed in the atrium of the new Volunteers of America Homeless Resource Center for youth which opened this year. 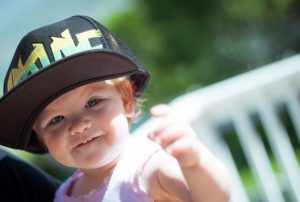 The annual Mayor’s Artists Awards will be presented Saturday, June 25, at 7:15 p.m. on the Festival Stage, which includes a special recognition for the festival’s 40th anniversary. Recipients include Kathryn Stats (visual arts), an Idaho native who has amassed a nationally recognized portfolio and has taught and either with two generations of Utah artists; Betsy Burton (service to the arts-individual) co-founder and co-owner of The King’s English Bookshop, one of the nation’s most redirected independent booksellers which has been in business for more than 38 years; Utah Symphony and Utah Opera (service to the arts-organization), one of only 15 full-time orchestras in the United States, on the occasion of its 75th anniversary; Utah Tibetan Association (service to the arts-organization), a community committed to preserving Tibetan culture, arts, language and providing guidance to the younger generation of Utah Tibetans; Jason Hardink (performing arts), principal symphony keyboardist of the Utah Symphony and the artistic director of the NOVA Chamber Music Series. His work with NOVA has expanded the series’ education and outreach to junior high schools, and includes collaborations with Plan-B Theatre, Utah Symphony, Utah Chamber Artists, Madeleine Choir School, the Gina Bachauer International Piano Foundation and Utah Heritage Foundation.

The extended weather forecast calls for festival days to be sunny and hot with temperatures reaching into the 90s, and total attendance could easily reach 90,000 during the festival, which runs from Thursday, June 23 through Sunday, June 26. All events will be at the City Library Square and Washington Square as well as activities in The City Library. This year’s opening day (Thursday) will be free for all visitors, as an anniversary gift made possible by a grant from the Utah Department of Heritage and Arts and the Utah Division of Art and Museums. Ticket prices for the remaining days will be the same for the fourth consecutive year. Some 60 percent take advantage of various ticket discounts and more than 6,000 tickets are given free to underserved and special needs populations. And, admission always is free for children 12 and under. 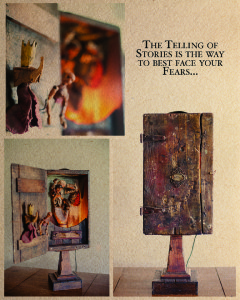 Two musical works will be premiered during the festival: a jazz commission, a program which started in 2008, and the chamber music commission, which was established in 2006 and is sponsored by the Mandel Foundation. A Shift West, an autobiographical piece, by Kris Johnson, a nationally known jazz trumpeter and educator from Detroit who is the new director of the University of Utah’s jazz studies, will be presented Saturday, June 25, at 7:30 p.m. on the Festival Stage.

Five Grand Micro-Adventures, a chamber orchestral piece by St.Paul, Minnesota composer Randy Bauer and inspired by news that he and his wife were expecting their first child, will be premiered Saturday, June 25, at 4 p.m. in the City Library Auditorium. The program also will feature other contemporary works performed by The Vertigo Ensemble, led by Andrew Rindfleisch.

The festival also commissioned a new dance piece from Ballet West’s Adrian Fry, who is first soloist with the company. His work will be performed by The Stars of Ballet West as directed Christopher Ruud, a past two-time recipient of the festival dance commission. The work will be presented Friday, June 24, at 8:15 p.m. on the Festival Stage.

Art Yard: The venue, which will be open every day for children during the festival until 9 p.m., is offering many activities based on the future with installations focusing on cars, robots, fashion and predicting trends. Various nonprofits will offer numerous make-and-take projects including Art Access, Natural History Museum of Art, Tracy Aviary, Utah Museum of Contemporary Art and Utah Museum of Fine Arts. The always popular Summerhays Music Center Instrument Petting Zoo returns while the yard also offers two series of children’s Fear No Film screenings, which will run continuously.

Fear No Film: Sixty-nine independent short films from directors across the country and the world will mark the 14th annual Fear No Film offerings, rich in innovative treatments of seven conceptualizations of ‘transitions,’ including physical, mental, artistic, social, spiritual, personal and others. Seven films will compete in the 2016 Utah Short Film of the Year Competition, including entries from the University of Utah department of film studies production, Brigham Young University’s Center for Animation Production, the VideoWest series from KUER-FM, the SLC 48 Hour Film Project, Spy Hop Productions, The LDS Film Festival and an independent entry that premiered at this year’s Slamdance.

Festival gates open at noon and close at 11 p.m. each day. Thursday is free for everybody. Adult admission is $12 for Friday through Sunday. Lunchtime specials are available on Friday only from noon to 3 p.m. for only $6. Children 12 and under are free. Seniors 65 and above as well as military personnel are $6. A four-day pass is only $30. For details and more information visit here. Follow the Utah Arts Festival on Facebook and Twitter @utahartsfest. Join the conversation at #40yearsnew.

And, look to The Utah Review and to the Utah Arts Festival website throughout the next week for multiple daily features and announcements about festival events.