As a Ball State University student in Muncie, Matt Hart, then the frontman for a punk band, decided to take a poetry workshop, as he describes it, “on a lark.” The experience changed his life. “Up until then, my only experience with poetry was negative. I always had thought of poetry with its gaudy, flowery language as being irrelevant,” Hart, one of the performance poets who will be at this year’s Utah Arts Festival, explains in an interview, “and then when I heard the works of Etheridge Knight at a reading of The Smaller Midwestern Poets and it just blew my mind. This is poetry? Really? If this is poetry, I get this. And, it was then that I realized poetry could be a battle cry, a prayer, a song – all at once. It was something so simple, so human, so powerful and so voluminous.”

Indeed, those words – human, powerful, voluminous, relevant – perfectly encapsulate this year’s Literary Arts venue, the largest ever since its inception at the festival in 1995. Adam Love, coordinator, and Rebeca Mae, the assistant coordinator, have established a diverse, expansive range of writers, poets, entertainers and performance artists who are staking many different places in a literary world that is as experimental, adventurous and barrier-busting as the other worlds of artistic and creative expression that inhabit the temporary cultural city of the festival.

Once again, here are two expansive platforms: The Big Mouth Stage, on the Library Plaza in front of The Leonardo science and technology museum and closer to the second platform, the Salt Lake Community Writing Center, home to a schedule of festival literary workshops suited for young people as well as adult and the popular Wasatch IronPen writing competition, which marks its tenth anniversary this year.

There are, of course, the individual and team slams, offering further evidence that in the near future the Utah Arts Festival will be an official competitive venue for the literary battles on the path toward the national competition held every summer. Many of this year’s literary figures already enjoy prominent national reputation and a good number of them have books being published this year. After its first appearance which was given a resounding approval to return, the storytelling event of The Bee: True Stories from The Beehive will be back as well as the finals competition for the Intermountain Acoustic Music Association’s Susanne Millsap Songwriters Showcase.

The Big Mouth Stage’s schedule this year reflects the kinetic potentials of a 21st century literary environment, especially where social media and digital technology have afforded more access to written and spoken words that are undeniably more democratic, enlightened and transcendental than ever possible when there were just traditional domains of the printed text. 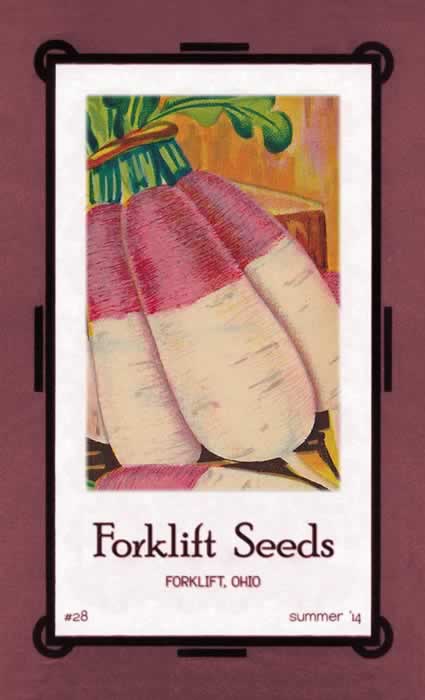 Among the headliners will be Hart (see accompanying feature), a prolific poet from Cincinnati and co-founder and the editor-in-chief of Forklift, Ohio: A Journal of Poetry, Cooking & Light Industrial Safety, a literary journal that has been published for 23 years. The author of five books of poetry along with several chapbooks and other publications, he soon will have published in book form his long poem Radiant Action along with another volume with additional poetry called Radiant Companion. Hart’s work has an instinctive structure of musical pulse which makes the work exceptionally lucid and approachable for audiences. He also will deliver a lecture as part of his workshop entitled Writing The Unfathomable: A Talk on The Poetic Sublime (June 25, 1 p.m., SLCC Community Writing Center).

Others on the schedule include Hanif Willis-Abdurraqib (see accompanying feature), a poet, essayist, and cultural critic from Columbus, Ohio, who moves smoothly especially between the worlds of music journalism and poetry. Abdurraqib’s poetry (June 26, 4:30 p.m.) has been published in, for example, Muzzle, Vinyl, PEN American while his essays and music criticism have been published in The FADER, Pitchfork and The New York Times. His poem Hestia won the 2014 Capital University poetry prize. And, his first full length collection, The Crown Ain’t Worth Much, will be released in July from Button Poetry / Exploding Pinecone Press. The poems delve into the cultural ramifications of gentrification, as well as the forces of historical memory and nostalgia. A member of the poetry collective Echo Hotel with poet/essayist Eve Ewing, many might almost be familiar with his work as a columnist at MTV News, which has done a commendable job in elevating cultural journalism in recent years, where he writes about music, sports and other sociocultural issues.

‘Good Ghost’ Bill Moran (see accompanying feature), a spoken word poet from Austin Texas who has won numerous slam championships, will perform selections (June 24, 7:30 p.m.) from his summer ‘Heir Loom’ tour, which has taken him to numerous spots throughout Australia and will continue in Texas and Louisiana after the festival. He has released two albums: I wanna go away and Holler.

Also on tap for The Big Mouth Stage is Michael Mlekoday (June 23, 8 p.m.), a national poetry slam champion who also is author of The Dead Eat Everything (Kent State University Press, 2014). His work has appeared in The BreakBeat Poets, Verse Daily, Salt Hill, Cream City Review and other venues. Lauren Elma Frament, who performed at last year’s festival, returns (June 24, 4 p.m.). A poet who lives and works in Manchester, New Hampshire, she is a staff member of the weekly poetry series Slam Free or Die and has completed a book-length manuscript of poems that will soon be published. Among the local performers are Julian Moon (June 25, 4 p.m.), a singer and songwriter who recently released a debut album Good Girl with Warner Brother’s Records, described by herself, as being like a “young Suzanne Vega or Jewel, these story songs will make you laugh, cry and everything in-between.” John Louviere (June 26, 6 p.m.), who describes himself as “a modern-day troubadour and storyteller with lyrics that are as poignant as they are poetic,” also will perform. He has released two recordings recently including Longest Year (2014) and a live extended play compilation (2015).

Also returning is Dallas Graham (June 26, 2:30 p.m.), the key organizer of the Red Fred Project, in which he co-authors original stories with 50 children who are dealing with serious illness or special needs that are then published as books. Graham’s performance visibly moved many audience members to tears last year.

The Bee, the brainchild of Giulana Serena and Francesca Rosa, returns to the stage (June 25, 9 p.m.) with another classic “lovingly competitive storytelling nights,” this time based on the theme of ‘Whoops!’. Ten storyteller names will be selected randomly and participants will be given five minutes each to tell a true story based on the theme, without the use of any notes. Organizers say the theme should elicit memorable stories of happy or serendipitous accidents, surprises and, of course, mistakes.

No Big Mouth Stage schedule would be complete without poetry slams (see accompanying feature) which always draw large crowds. Qualifying rounds for the Indie Poetry Slam and Team Slams will take place throughout the weekend, culminating in the finals on the festival’s last day with Indie Finals at 8 p.m. and Team Slam Finals at 9 p.m. Eight teams will compete for cash prizes, with two qualifying rounds for the finals (June 24, 9 p.m., June 25, 7 p.m.). Meanwhile, ten poets will compete in each of the two qualifying rounds in the individual competition (June 23, 8:30 p.m. and 10 p.m.)

There also will be performances by individual slam poets including one of Salt Lake City’s most prominent figures, Jesse Parent (June 24, 7 p.m.), an outstanding competitor at all levels and one of the key figures for advancing the art of slam poetry in Utah. From Manchester, New Hampshire, William James, a veteran slam poet and punk rocker, also will perform. He’s a contributing editor for Drunk in A Midnight Choir, a facilitator with the Slam Free Or Die writing workshop, and a frequent host at the weekly Slam Free Or Die reading in Manchester.

The SLCC Community Writing Center will offer a broad slate of writing and literary workshops, its annual Wasatch Iron Pen competition, interactive activities and other performances. One of the most popular interactive projects for festival visitors returns this year: Have Your Say!: Gigantic Magnetic Poetry Walls.

Adult and youth writers can participate in one of the Wasatch Iron Pen Literary Competition’s three categories (fiction, nonfiction and poetry) or take on all three categories in the Ultra Iron Pen challenge. Participants, who typically represent all ranges of experience as writers, can register for the competition at www.slcc.edu/cwc. After receiving the visual prompt on June 24 at 5 p.m., writers will have exactly one day to write their submissions are due June 26 at 5 p.m. Winners will read their work on June 26 at noon on The Big Mouth Stage.

The workshop schedule is packed with popular and new activities. In addition to Hart’s workshop on authors Paul Guinan and Anina Bennett, the husband-and-wife team from Portland, Oregon who have created numerous comic book series including Boilerplate: History’s Mechanical Marvel and other literary projects that mix their interests in science fiction, history and pop culture, return to offer four sessions for participants on making comic books. The workshops are geared toward anyone, regardless of any experience, who is interested in creating comic books or graphic novels, and learning the art of visual storytelling.

The workshops will cover fundamentals by providing examples of comic book scripts so that participants can gain a sense of what the basic format of a script is and the art as it might be based upon the story. As with a movie script, a comic book script describes the action and dialogue occurring inside a panel. Guinan and Bennet are, of course, headed to the massive Comic Con in San Diego next month (July 21-24).

Workshops for kids include various types of poetry and pop-up books, while other reading presentations include a Digital Storytelling Showcase, two Community Readings for ‘youth voices,’ and ‘DiverseCity Writing Series.” On the closing day, there will be a series of WriteFest activities (June 26, 2 p.m.) including how to make a plot device using origami fortune tellers, participating in a version of the ‘exquisite corpse’ project and writing a six-word memoir to display at the center.