Two exhibitors at The Utah Arts Festival’s Artists Marketplace have piqued the interest of many visitors. 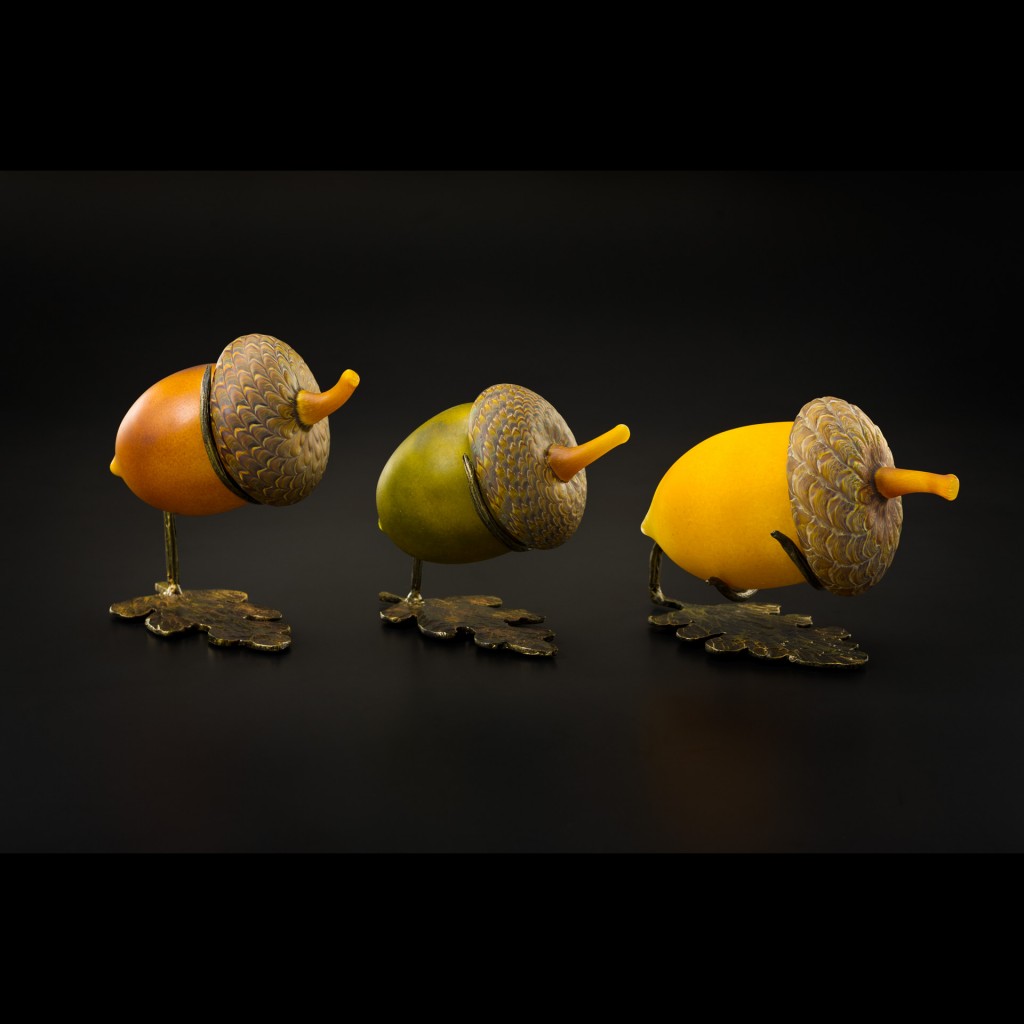 O’Neil, who is a first time applicant to the festival, had spent many years working with metal, including decorative handrails, stands and eventually migrated to the art of blowing glass, which he has been doing since 2000. Eventually, he merged the two art forms, now producing metal art stands to hold glass platters. As he developed his technique as a glass blower, he has moved onto focusing on more refined, subtle artistic elements, as exemplified in his glass acorns and leaves. “At a young age, I started working with my hands and I have done so ever since, including doing custom auto painting,” he says. As he has developed his artist, especially in sculpting with hot glass, he has attended many workshops and studied with master glass artists from throughout the country. These include the Pratt Art Institute in Seattle and the Pilchuck Glass School in Stanwood, Washington. 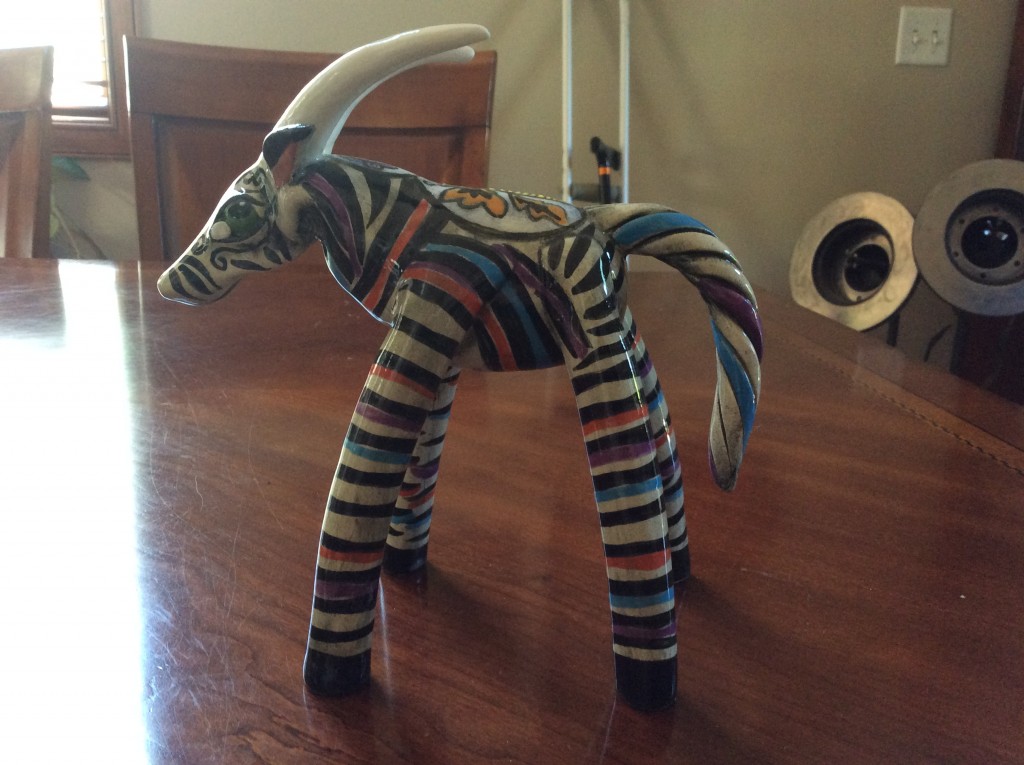 Mehan, who is returning to the festival after several years, also remembers participating in the Artists Marketplace during the years when the festival was located at The Triad Center in downtown Salt Lake City and at the Fairpark. Mehan says she focuses on producing pieces different from one another as opposed to a production run replicating a particular ceramic form, which often features birds and animals in brightly colored representations.

She also says that she always works on perfecting her technique, and she has found detailed YouTube videos by other artists as being exceptionally well done and informed. Mehan, who works 36 hours a week as a warehouse order processor, often uses the remaining three days of the week to concentrate on her art.