From Houston, Christopher Diaz (June 23, 8 p.m., The Big Mouth Stage) is among the exceptional lineup of writers and performers from a new literary generation that has become the foundation for the Literary Arts activities at the Utah Arts Festival, especially in the last four years. Diaz, who is Chamorro, fulfills many roles. In the U.S. Air Force, he worked as a public affairs officer after earning his bachelor’s degree in English in 2009 from Texas A&M University. He is active in the prominent poet’s collective of Write About Now (WAN) based in his home state, earning the title of Grand Slam Champion and serving as one of the coaches for WAN’s slam poetry team, which has been ranked in the top ten of the nation.

He also works as a freelance photographer and video producer, but more significantly he has become a teacher in the Houston metropolitan area, where he serves as writer in residence in the Writers in the Schools project. His teaching experience in performance poetry and creative writing is extensively informed, as indicated in his responses to an email interview with The Utah Review. 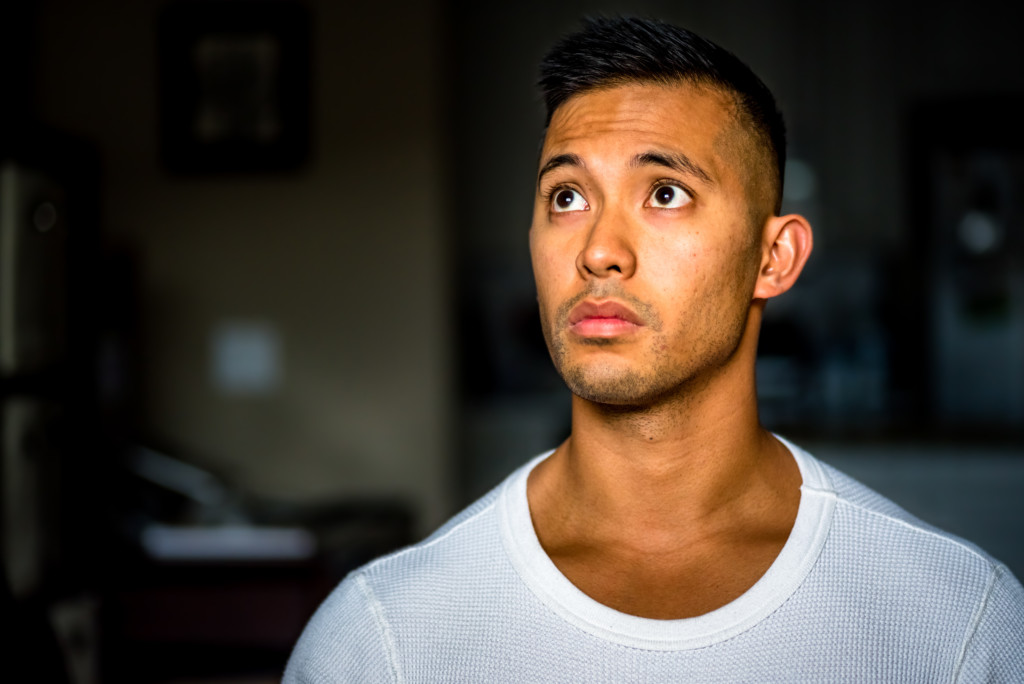 TUR: I’d like to hear about your process as a writer. How do you approach the challenge of creating new work? How do you work with multiple sources of inspiration?

CD: I think the process of creating art can be challenging for any medium. I used to only write when something inspired me, and if nothing came, then I didn’t write. I’ve come a long way in realizing that 1) that excuse only lasts for so long and 2) there are simple tools and practices anyone can use to help them become inspired. Personally, I’ve learned that I can write about anything at any time if only I allow myself to do so.

If you’re looking for something tangible to break through your writer’s block though, I highly recommend purchasing RJ Walker’s 30 for 30 writing exercises. As someone who has led online writing groups (“30 for 30’s” during National Poetry Month), this is hands-down the best collection of writing prompts I’ve ever used.

TUR: I’d like to discuss your development as a writer, poet, storyteller and performer. You clearly feel comfortable in many formats and perhaps in tackling several creative projects at once.

CD: All of these blend together for me. As a writer, I’ve been enamored with words ever since I can remember. I specifically fell in love with poetry in third grade after I had this (awful) poem about the Amazon Rainforest published in my school’s anthology. I discovered spoken word/performance poetry through one of my college professors (shout out to Jeff Stumpo) my sophomore year, and recently it’s been the thing I’ve focused on the most. But again, they all blend together for me. I aspire to be the best writer, poet, and performer I can be — and I think storytelling is woven into each of those.

TUR: I’d like to hear more about Write About Now and how it has made literary voices so visible and indispensable in the community’s cultural scene. What roles have you played in helping the community grow and nourish its artistic mission?

CD: I’m one of the video producers for Write About Now’s YouTube channel, so I’ve been hands-on with the actual filming and editing of poets’ video performances. Amir Safi is the founder and mastermind of it all (slam master, videographer, organizer, social media guru, merch designer, every damn thing). He’s the whole reason the community exists, but he’ll always defer the credit to the poets and patrons of our community. It’s been unreal to watch how Write About Now has provided this international platform for the poets we feature, and I’m so incredibly proud to be a part of the community.

More than the channel though, we are absolutely a community first — and at the risk of sounding cliché, you just have to come to the garden to feel the love for yourself (our venue is an old house turned bar in Houston called Avant Garden — shoutout to our Mayor of Montrose, Mariana!). 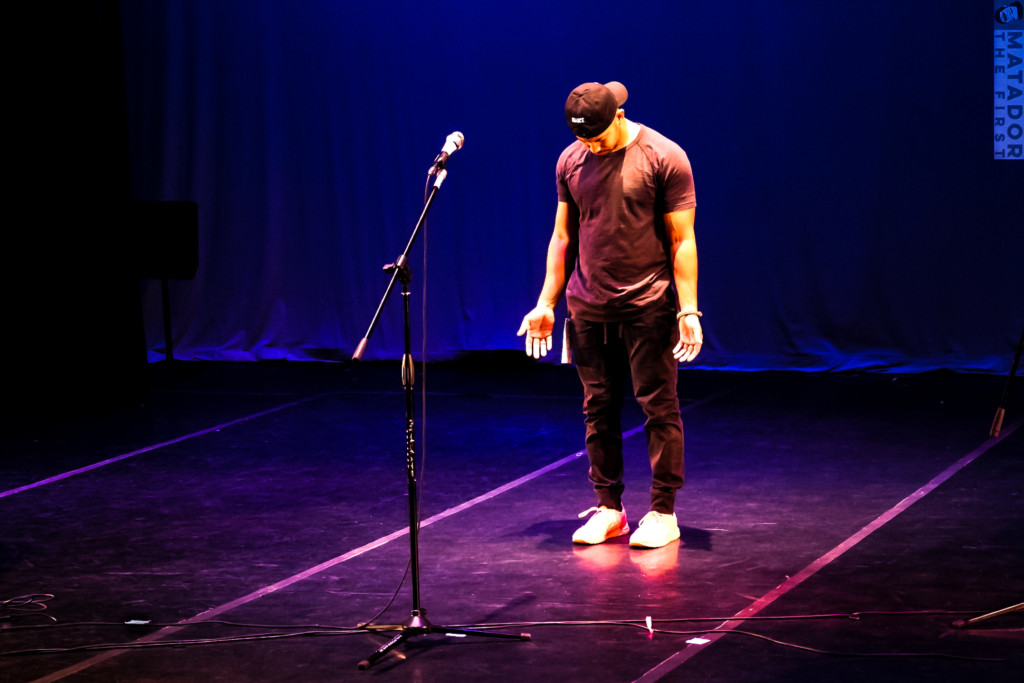 TUR: You’ll also be reading and performing on the Big Mouth Stage during the festival. What works or excerpts will you perform?

CD: I’d prefer not to list out all of the poems I’ll be performing during my feature, but I can tell you that I’ll be touching on things I wrestle with on a regular basis. From struggles in my family, to my relationship with anxiety, and joy, and the font “Comic Sans” — I’m hoping that at least one of my poems stays with the audience members long after the festival is over.

TUR: Feedback, especially from peers and colleagues in the writing community, is so critical to the writing process yet it also can be an uncomfortably humbling experience for writers. What advice would you give to aspiring writers about how to approach the often sensitive aspects of making and receiving meaningful feedback on writing?

CD: I’m going to quote a good friend of mine (and fellow poet) Bill Moran, who I’m pretty sure was quoting someone (famous?) at the time when he told me this: “The two most important words an artist can learn are ‘fuck off’”. Bill, if you’re reading this, I know I just butchered that and I’m sorry I had to drag your name in the process.

But what I think he was trying to tell me was — you know your poems and work better than anyone else. You know what your truth is, what feels authentic to you, and what you’re trying to communicate. So you should never let anyone’s feedback make you feel ashamed and/or feel obligated to take their edits as gospel. With that said, just because your poem is authentic to your voice, doesn’t mean you don’t have room to improve on the craft of the poem. While Bill preaches this mantra, I know he also loves quality feedback (as do I). 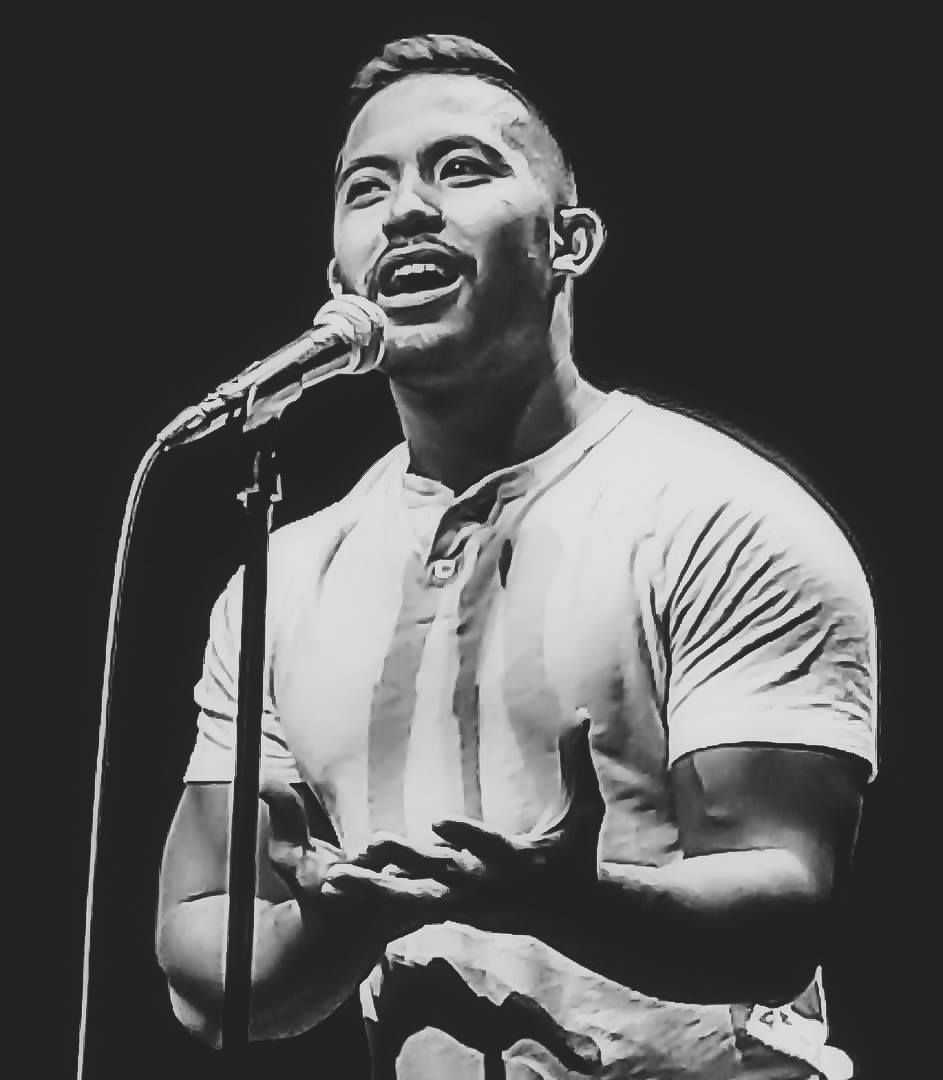 So I think one of the best things you can do if you’re looking for feedback, is ask for descriptive feedback rather than prescriptive (another gem from Bill). Meaning, everyone is going to give you their opinion on what they think you should do with your poem — use this word instead of that one, cut this line, expand on this, etc. All prescriptive feedback. But ask the person who’s receiving your poem — what work do you see the poem doing? What effect do my choices in the poem have on you and your experience as the reader/listener?

When you focus back on the work and what the words are doing, and less on how someone else would write the poem if it were them, you learn much more about what you think you’re accomplishing and what’s actually being accomplished (at least for that reader). For most writers and poets, this is a very basic concept with which they’re already familiar. For me, I didn’t look at poems that way until Bill led a workshop for Write About Now. But as always, if you don’t like or disagree with this approach, you can definitely tell me to fuck off. And I will be happier for you because of it.