Closing day headliners for the Utah Arts Festival will offer their own infectious expressions of musical joy to send visitors off with pleasant memories of the 2018 event.

In The Arts Fest Amplified Concert Series, St. Paul and The Broken Bones from Birmingham, Alabama closes the Amphitheatre Stage with a concert beginning at 8:30 p.m. As noted in an earlier feature and interview with lead singer Paul Janeway at The Utah Review, it has been an incredible six years for St. Paul and The Broken Bones, the band from Birmingham, Alabama. The band played to unanimous raves recently at Bonnaroo and will soon release a third album, following the strong positive response both critically and financially to its first two releases, Sea of Noise (2016) and Half City (2014), along with two earlier EPs.

Regarding the Amplified concerts, festivalgoers can upgrade their regular admission tickets to the performance at just $10. Also, $25 tickets are available for purchase at the door, which include admission to the festival and concert.

BANDALOOP (5:30 p.m. and 7 p.m., Library Square plaza) and The Bboy Federation (6 p.m., The Round) present their final performances. Also, The Bboy Federation will perform at 7:30 p.m. in The Round with an open style 3 v. 3 battle including performances by the Las Vegas-based Zoologic Training Camp, the most prominent outlet for Bboy and Bgirl dance in Nevada.

The Big Mouth Stage opens its final day with readings by winners of the 12th annual Wasatch IronPen Competition (noon), coordinated by the Salt Lake Community College’s Community Writing Center, followed by a performance and reading by Bassam (2 p.m.), poet and a member of the League of Canadian Poets who earned the title of national slam champion at the Canadian Festival of Spoken Word (CFSW) in 2016 with the Guelph Poetry Slam team and was a Canadian Individual Poetry Slam (CIPS) finalist in 2017. The day closes with the finals of the individual (8:30 p.m.) and team poetry slam competition (9:30 p.m.) 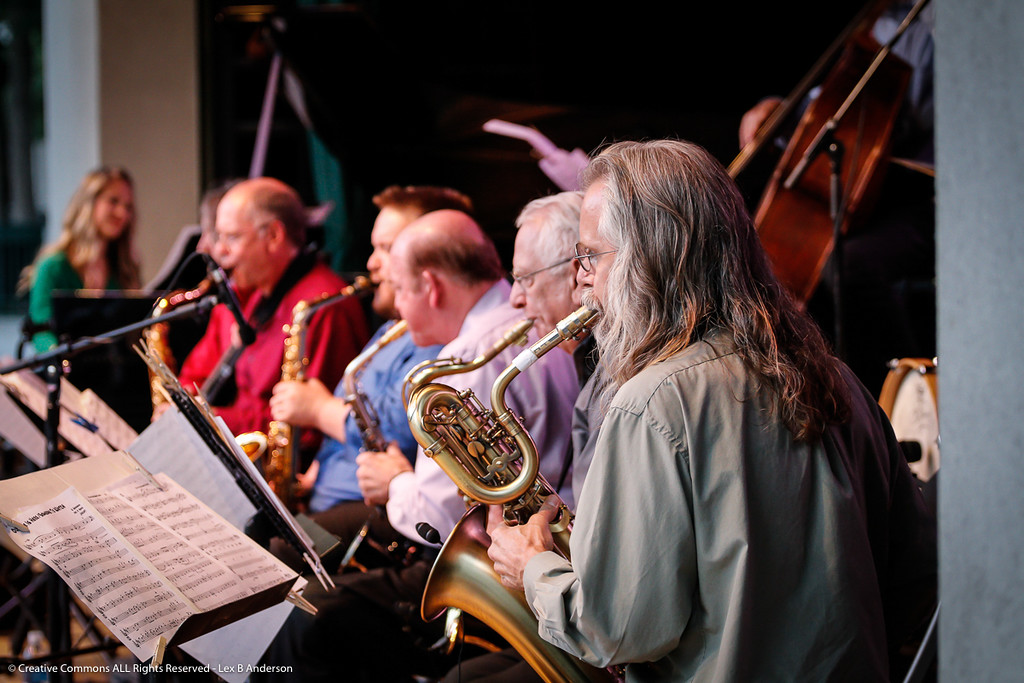 Saxophonists are the definitive peripatetic performers of the world of music. They are called upon to play in many venues and in many ensembles. An iconic staple of the jazz world, the saxophone is reliable, especially in adding color and texture to an overall ensemble sound. But, saxophonists also have defined their sovereign space as soloists, confidently showing the fullest extent of their versatility.

Put five saxophonists on stage and add a four-piece rhythm section of keyboards, drums, bass and guitar and they become the Salt Lake City Saxophone Summit, a new group that elicits all of the musical potential from the instrument – its signature husky tones of jazz to elegant crepuscular sounds and the bright melodic fury that oozes exuberance of joy and romance. The group comprises five saxophonists backed up by a rhythm section of keyboards, drum, bass and guitar.

Brian Booth, who plays tenor sax, says in an interview with The Utah Review that the Summit was the brainchild of Utah musician Craig Larson, who died a few years ago. “Larson was an incredible jazz pianist and he told me about a gig he played and these teenage kids surrounded the piano. They had never heard jazz before but it had made an impression. Larson reached out to Booth and the idea of the Sax Summit was born. Unfortunately, Larson had stomach cancer and at the time of his death, he had written numerous arrangements of George Gershwin songs that the group would perform. Larson reached out to Booth to complete the arrangements and one of the Summit’s first performances was a tribute concert to Larson which occurred in 2016.

The Gershwin program generated much enthusiastic response and the Summit performed it at least a half dozen times, winning the audience’s endorsement with the same excitement that was felt at its premiere. The Summit’s musicians make a true Murderers’ Row of some of Salt Lake City’s most accomplished jazz players: David Halliday, Jon Gudmundson, Lemoyne Taylor, Jory Woodis, Corey Christiansen, Dan Waldis, Matt Larson and Doug James. The rhythm section includes keyboardist Melanie Shore, whose festival jazz commission As The Seasons Shift was premiered on Friday night. 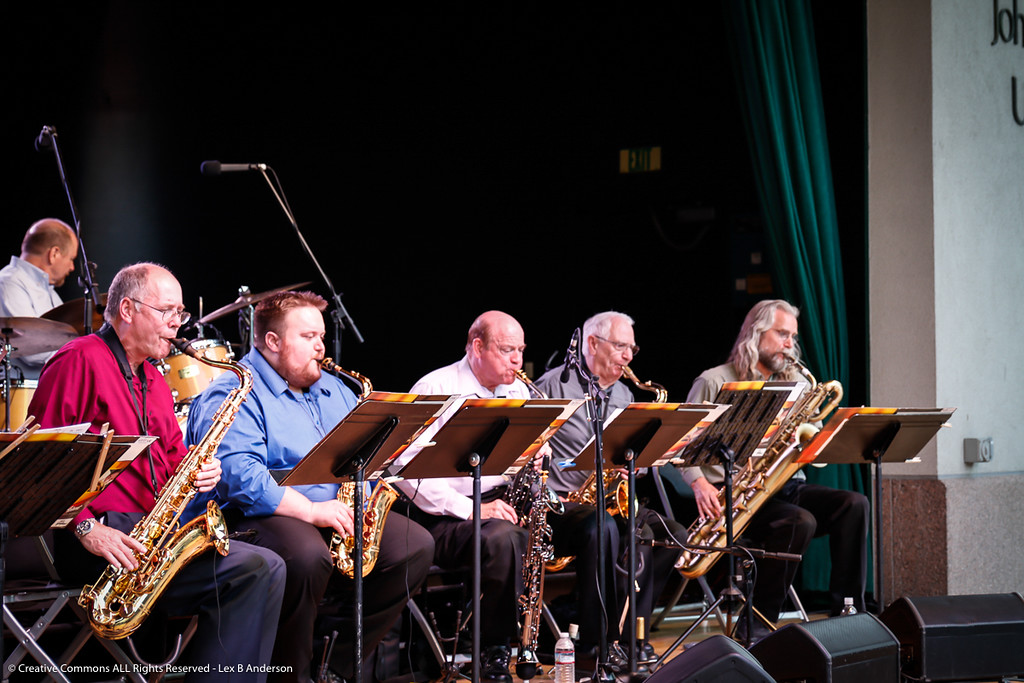 For the Summit’s festival appearance, Booth says the Summit will present new arrangements of songs from Stevie Wonder’s stellar catalog. Many of the selections are older songs but Booth and his musical peers add plenty of twists that put new perspectives and textures on them. From 1985, Overjoyed, which Wonder originally wanted to release six years earlier but then scrapped it, became a big hit ballad on the charts. In the Summit’s hands, the song becomes a jazz waltz and the five saxophonists generously defer to the rhythm sections periodically in this new arrangement.

Booth adds the arrangements offer some reharmonizations of the keys in some of the songs – or, as he references in tongue-in-cheek manner, “reharming.” Reharmonization, essentially reconfiguring the harmonic structure of a melody, is a natural when it comes to many songs that are blues, rhythm and blues and bebop. Often, the effect theoretically makes any song feel jazzy. These arrangements of songs, as strong and beautiful as they always have been, keep the integrity of the original but they musicians can break the rules to give the ear new perspectives on beloved melodies.

Likewise, Sir Duke, which was Wonder’s tribute to Duke Ellington, may be the best example of what Summit is capable of doing in making unique arrangements of these songs work so well. In its 1977 release, it was a blistering success on the charts – on top of the Billboard Top 100 and it was no. 2 in the United Kingdom. The song meshes inflections of Ellington along with Louis Armstrong and Ella Fitzgerald and even that big band institution of Glen Miller. In the Summit’s hand, the swing elements are enhanced, strengthening Wonder’s own loose tribute to the stylized writings of Ellington and other jazz greats. 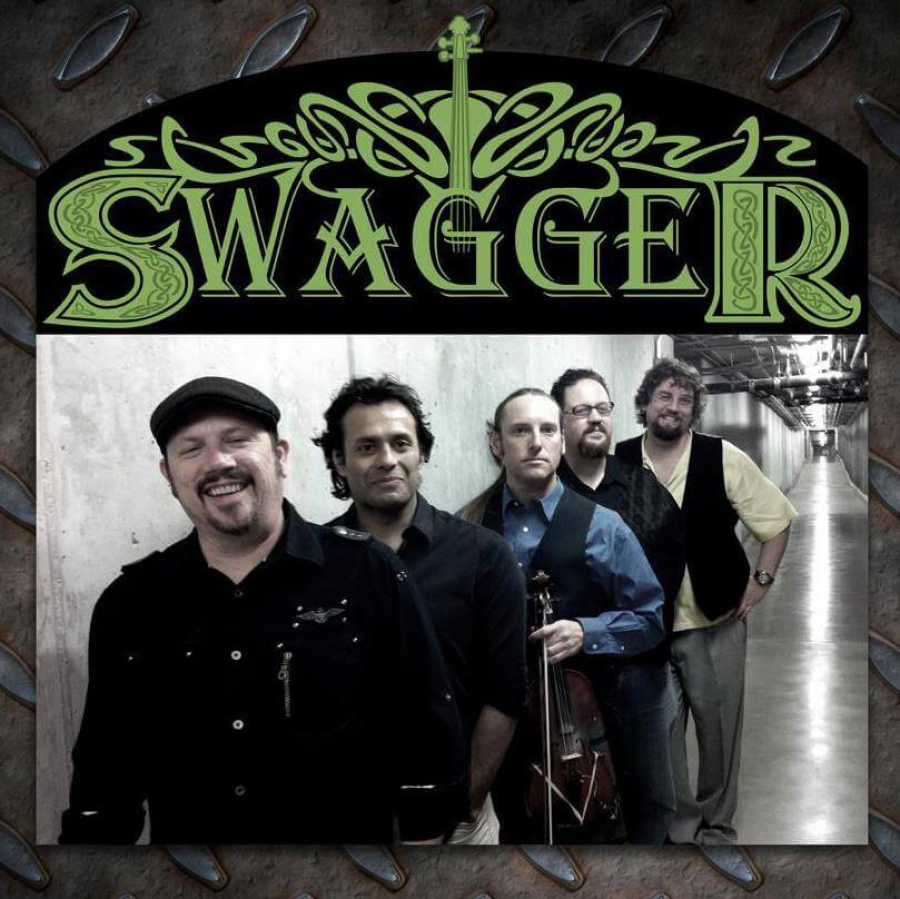 Other highlights on the Festival Stage including Leaping Lulu (8:30 p.m.) and Swagger (10 p.m.), a four-piece Celtic Americana band from Park City known for its consistently high energy songs celebrating the virtues and the mischiefs of Irish-American culture.