Of the 11 short films from Utah that are part of the 54 in this year’s Fear No Film international program of the Utah Arts Festival, three come from independent filmmakers, another sign of a strengthening film industry in the state.

Tomorrow’s Shores, directed by Arthur Veenema, is one of the six short films in the Utah Short Film of The Year competition. The seven-minute short is a science fiction short that avoids the conventional dystopic narrative frame. Filmed near the Great Salt Lake and the Utah deserts, which regularly afford surreal and otherworldly images, the film is set in the future when the worst fears of the environmental degradation wrought by climate change have been manifested.

Veenema, a Salt Lake City native and a film and media arts graduate of The University of Utah, is drawn to science fiction stories tinged with affirming elements of fantasy and allegory, reminiscent of some classical episodes of The Twilight Zone series.

“I’ve always enjoyed the short fiction of authors such as Philip K. Dick and Ray Bradbury,” Veenema says. Another is Entanglement (2016), in which the sci-fi narrative is inflected with romance. Set in the uncomfortably close future where the world order is collapsing, people can continue their lives without ever leaving the confines of their home. Every transaction is completed online, including when one seeks to fulfill a need for human interaction. The film screened last year at the Philip K. Dick Film Festival in New York City.

In Tomorrow’s Shores, Veenema strikes a hopeful note, as a mother and daughter discover one of the rare fish remaining in the ocean. His starting premise for making the film asks: How would explain what has happened in the world to a child? And, it is an opportunity for a small act of reconciliation to give a child a sense of hope that perhaps by living in a better way, we can experience the environment, even in some partial way, of what it used to be.

Veenema says the film’s abstract narrative feel was a decision of contingency after a sandstorm ruined a day’s onsite filming. The original script had dialogue between the two characters, played by Charla Bocchicchio and Kalea Atkinson, but in editing, he shifted it to a monologue narrated over the film. Tomorrow’s Shore was produced by Connor Rickman and his company Overcranked Pictures. Rickman also is a director whose work has been part of the Utah Short Film of The Year competition.

In the Kids portion of the Fear No Film program, Trail Running Toddlers is a four-minute mockumentary looks like a home video. The film is directed by Christopher and Alexander Lee. Christopher Lee says the idea came from watching his two daughters running and jumping outdoors – the perfect image of youth and freedom.

“It was an absurd idea,” Lee says, “to highlight the contrast between ‘trail running toddlers’ and ‘road running parents.’” As he explains, adults are consumed with the data and details of their running activities, using Fitbits to quantify their goals and benchmarks. So Trail Running Toddlers is about a “big running competition” for small kids, he says. 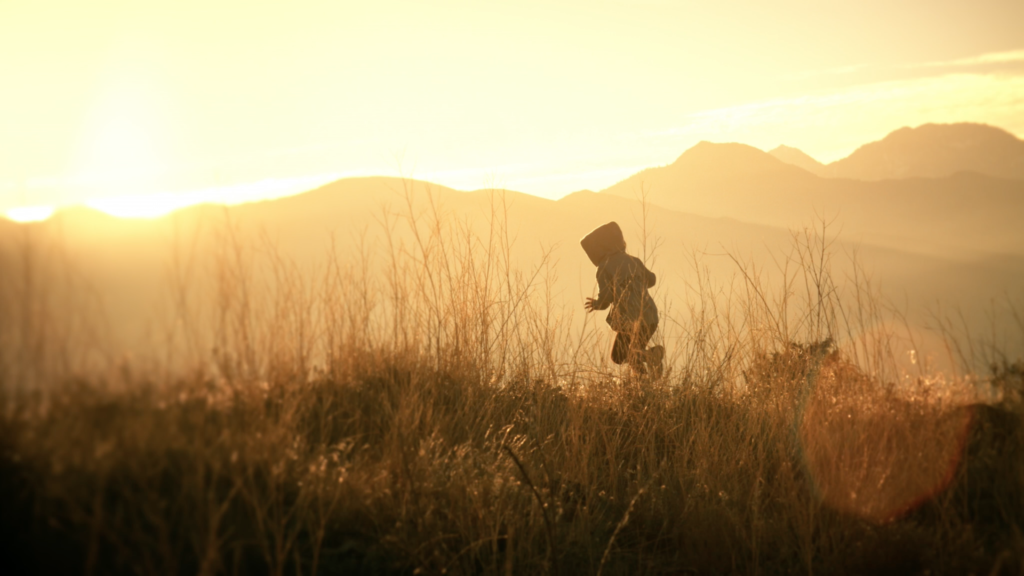 The film was a whimsical one-off for both Lees, who run Twig Media Lab, an independent company which typifies the high professional quality of filmmakers that is accessible in Utah. A forthcoming film Traverse is an artistic documentary featuring local dance artists on a trip through the state with site-specific performances choreographed by Nick Blaylock, who received his master of fine arts degree from The University of Utah.

Blaylock has participated in various choreographic competitions, including winning three consecutive awards from Southern Illinois University’s theater and dance program. In a 2017 interview with The Utah Review, he mentioned one of his influences, Ohad Naharin, who developed the metaphysical, thoroughly democratized Gaga movement language which is the subject of a popular documentary film Blaylock enjoys the emphatic physical aspects of movement that convey an emotional range spanning playfulness to zealousness.

The third Fear No Film 2018 film by an independent Utah director is Freund (2016), directed by Nathan Cragun and part of the Utah Short Film of The Year competition slate. The film’s narrative focuses on a German sniper who contemplates the moral gravity of his actions in war, especially after facing his enemy directly. Cragun makes a strategic choice by omitting the subtitles, which compels the viewer to focus less on the dialogue than on the situational context that frames the story set in World War II.

This film was produced by Cragun, Kyle Poppitz and Mohammad Sawwan. Cragun’s other shorts have focused on military history in the theater of war.