In its fiction releases, Torrey House Press has reconnected science to emotion and humans to their fellow animals in marvelous ways that are captivating readers and capturing awards. And, as it has expanded its nonfiction offerings, the Utah-based publisher has followed a similar course. Recent nonfiction releases such as Wild Rides and Wildflowers by Scott Abbott and Sam Rushforth, and The Story of My Heart by Richard Jefferies as rediscovered by Brooke Williams and Terry Tempest Williams have taken their deserved places in the canon of the Utah Enlightenment. These authors use the tools of storytelling to convey deep thinking in sincere stories about ecology and the environment, which reclaim the storytelling traditions of native, indigenous and aboriginal cultures that continue to be wholly invested in making a sustainable bridge with the natural world. 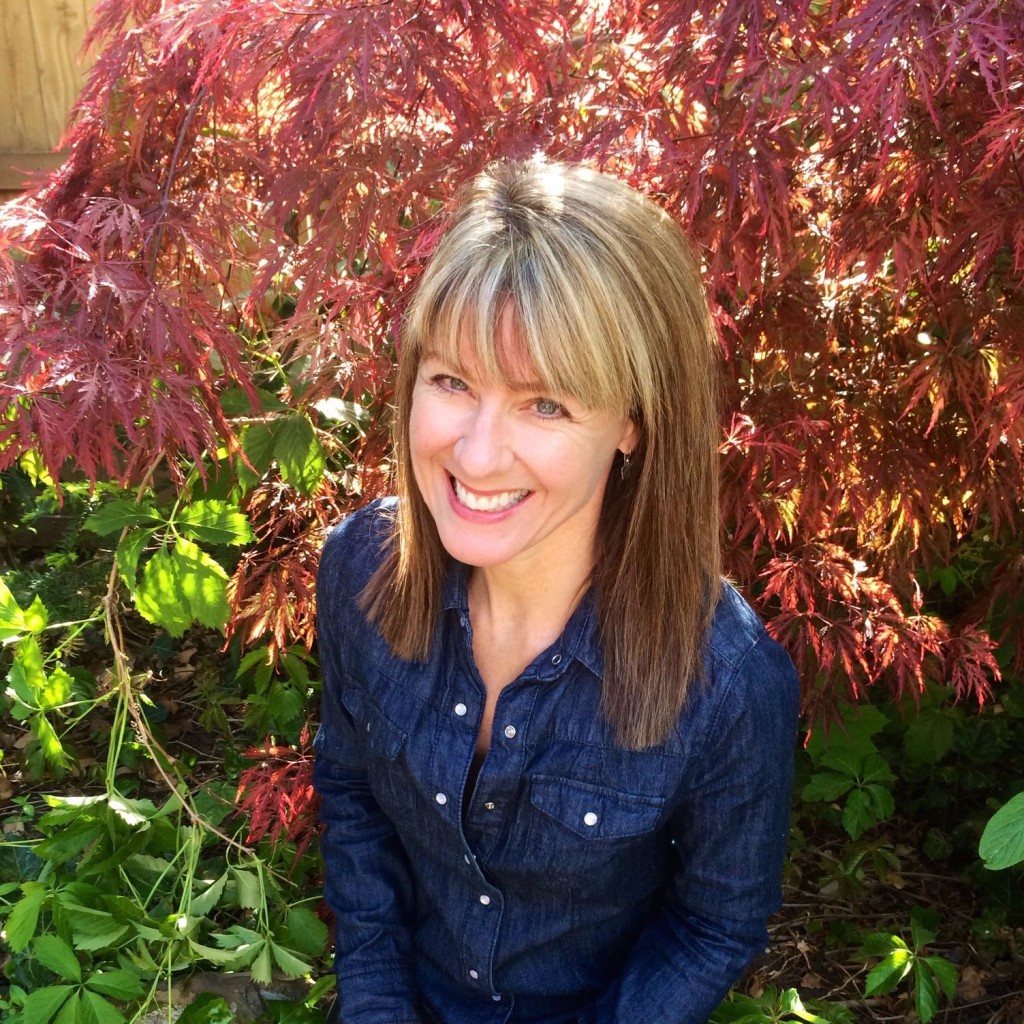 Susan Imhoff Bird smoothly picks up the relay torch with the release of her own nonfiction memoir Howl: of Woman and Wolf. An accessible, quick-paced read, the book extends the reader’s imagination to see wolves and many other issues in perspectives he or she might not have ever anticipated.

Bird’s human stories – an infant baby’s death, her son Jake’s lifelong battle with cerebral palsy, the breakdown of marriage, the meaning of career and the formative lives of three other healthy, intellectually engaged children – coincide with the stories of her interactions with the non-human world. As she tells her stories, Bird highlights effectively the contrasts of vituperative attacks targeting wolves against the efforts of patient advocates who see value in the long game to reconcile the animal’s plight with the hardships others contend exist because of the wolves’ presence.

Early in the book, Bird recalls some Inuit stories, including one illustrated in Tim Jessell’s Amorak, about a wolf who emerges from a hole in the ice and reveals the critical insight about balancing a complex ecosystem. These stories belong in the learning mix. She writes, “My greatest strength as a human being is the ability to listen to all of these – the sage, the scientist, the philosopher – and to change my behavior when I learn that I should. To communicate with the earth, to return to the hole in the ice, to welcome a new ally.”

Bird sets out a noble, complex contract for herself and ultimately the reader. She crafts with admirable sensitivity a respect for fairness in the debate. It does not come easily, she admits. The evidence is amplified in her own tales about a personal and family life that tested her own resolve and capacity to overcome and redeem value from the disappointments, heartaches and difficult discoveries of her personal life. Perhaps the best summation of her experience appears barely a quarter of the way in the book:

[I] thought I knew about myself and smashed it into pieces, then scattered them throughout the universe, laughing, daring me to find and collect them, to glue them back into a mosaic that might possibly, in small ways, resemble the me I used to be. Pieces float out of reach. Trust. Control. Lightheartedness. Will abandon. Even today I continue to find small pieces of myself in unexpected places: dancing on a lake surface, looking suspiciously like moonlight. In the flick of a mule deer’s ear. In the eyes of my friend whose wife is gradually, almost imperceptibly, being paralyzed by ALS. I add these back, I fill in. I can live with a shattered heart. Like Doug’s wolves. I, too, can run with a broken leg.

Bird’s book demonstrates what creative nonfiction can accomplish in motivating a disconnected citizenry to rediscover and rejuvenate its relationship with nature and the non-human world. The genre of creative nonfiction is trumping a corporate-oriented media that have done an indisputably poor job at explaining the urgency and the relevance of global environmental problems. Even the media belatedly are coming around finally to the imposing magnitude of the issues. To wit: the recent Los Angeles Times’ probe into how Exxon knew more than 25 years ago that climate change already had a strong empirical base but decided instead to fund aggressive public efforts to deny its scientific merit. We no longer can afford to be reticent nor seek false solace in being distant from our natural surroundings.

Bird’s storytelling is supported throughout by interviews and details with experts who have studied wolves for decades as well as ranchers and hunters who skeptically view the reintroduction or conservation efforts regarding wolves. Bird’s approach cultivates an empathetic reader who not only comprehends the author’s personal trials but also those broader epiphanies that are both personal and essential to understanding the larger environmental challenges. 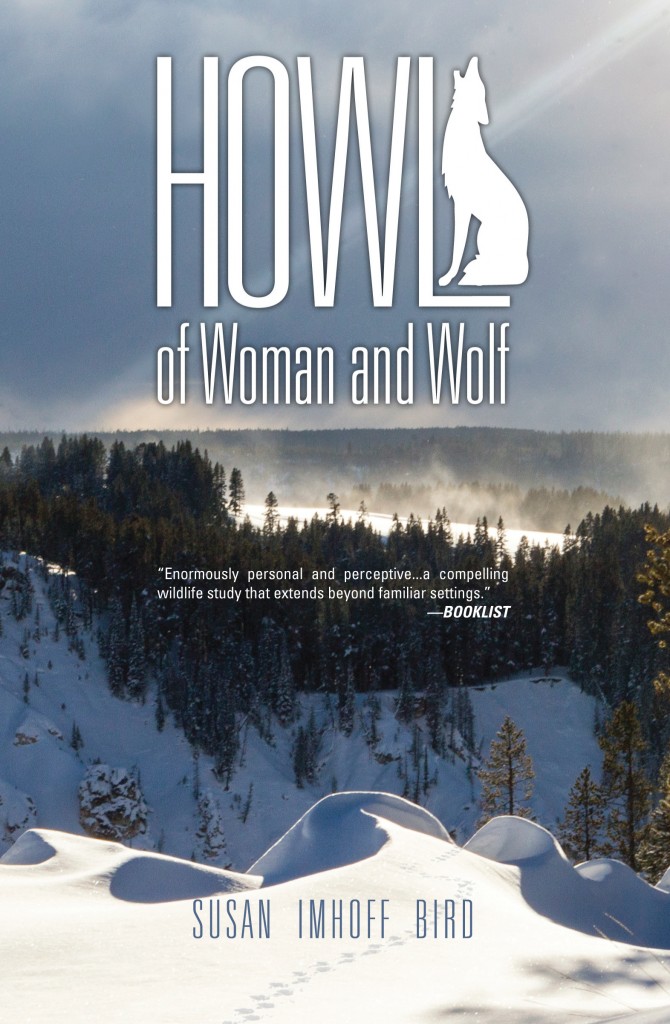 In a most appropriate voice, she discovers the science as well as the cultural dimensions of how wolves came to be abhorred, even demonized. And, she frames that voice in text not only enjoyable to read but also accessible and memorable for later reference. The clarity on many pages is evident. Sharp editing elevates the creative nonfiction in ways that unfortunately escape much of today’s journalism in traditional or mainstream outlets.

It is particularly refreshing to see today’s writers such as Bird embrace the cultural folktale traditions, such as the Inuit stories, especially when many environmental educators had typically eschewed storytelling genres because of concerns of stereotypes, myths, and misinterpreted information about animals and the natural world. Although, this has changed recently.

For example, in Idaho, where anti-wolf vitriol is pitched at a stubbornly high volume, it was the Nez Perce tribe who stepped forward to monitor and report on individual wolves and packs that were reintroduced into the wilderness 20 years ago.

The cultural implications matter immensely, especially to combat and changes images that became entrenched centuries in the fables and stories told first by Aesop and later by the Grimm Brothers. And, the stories of indigenous and aboriginal elders provide the counterpoint to pop cultural renditions such as the profoundly depressing, dark 2012 film The Grey, starting Liam Neeson, about survivors in an Alaskan plane crash who are trying to avoid being killed by a pack of wolves. Portrayed as other-worldly ravenous creatures, the imagined wolves only serve to amplify the film’s dubious logic.

However, the film is hardly the exception. Idaho’s animus against the wolf has a long history, as does Utah, where Mormon pioneers battled wolves that apparently had dug up makeshift graves settlers made for their peers who did not survive the trip. Jon Coleman, whose book Vicious: Wolves and Men in America documents three centuries of this contentious relationship starting with the colonial settlements, wrote how Deseret [Utah’s original name] authorities extensively sanctioned bounty payments for wolves, exceeded only by those regarding Native Americans. 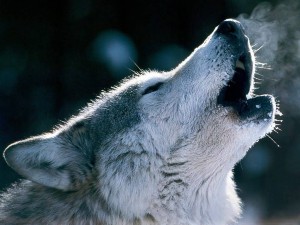 Unquestionably, accurate imagery matters especially in correcting widely disseminated misperceptions. In the book series A Song of Ice and Fire by George R. R. Martin, dire wolves of the Pleistocene epoch are featured extensively in their role as protectors but in the popular TV series Games of Throne (titled after the first book in Martin’s series), they are barely featured, a likely casualty of the huge production costs required to make the animals (which are supposed to be gigantic according to the story) look real. The truth is that today’s wolves are not the size or weight that hunters and many others exaggerate in claims suggesting they weigh 200 pounds or more. Most wolves at full size are between 80 and 100 pounds.

Farley Mowat’s 1963 book Never Cry Wolf, which also was made into a film 20 years later, sought to reorient perceptions toward a pragmatic view. Mowat combines fiction and nonfiction in the story of a wilderness biologist who discovers that wolves do not have the devastating impact on livestock herds such as caribou as ranchers and the anti-wolf community would have the public believe. Mowat tells how small game and mice sustain wolves throughout most of the year, a point that is echoed in Bird’s own interviews and observations.

Bird shares an excerpt from an interview with a rancher who calls the wolves varmints: “They’re the only animal that kills for sport, and they do it all the time. They’ll kill an elk, and just leave it there, ripping it open and taking out the heart, leaving the rest there. Just for sport.” Bird stops momentarily to contextualize the hypocrisy of the rancher’s statement without becoming lost in the debate’s emotional pitch: “Isn’t sport hunting what humans do, what Keith himself does for a living, guiding people to where they can best kill elk, deer, moose, bear, sheep, antelope and mountain lions? Untenable; impossible to prove. This must be a rural myth making the round the rounds.”

Throughout the book, Bird sets out a map that begins to resemble a long, friendly face-to-face conversation. With each chapter (15 in total), she sets out markers for a hopeful path away from ignorance and shortsightedness. Early on, she writes in a surprisingly sympathetic way about those who are embittered to the point of scapegoating the wolf. 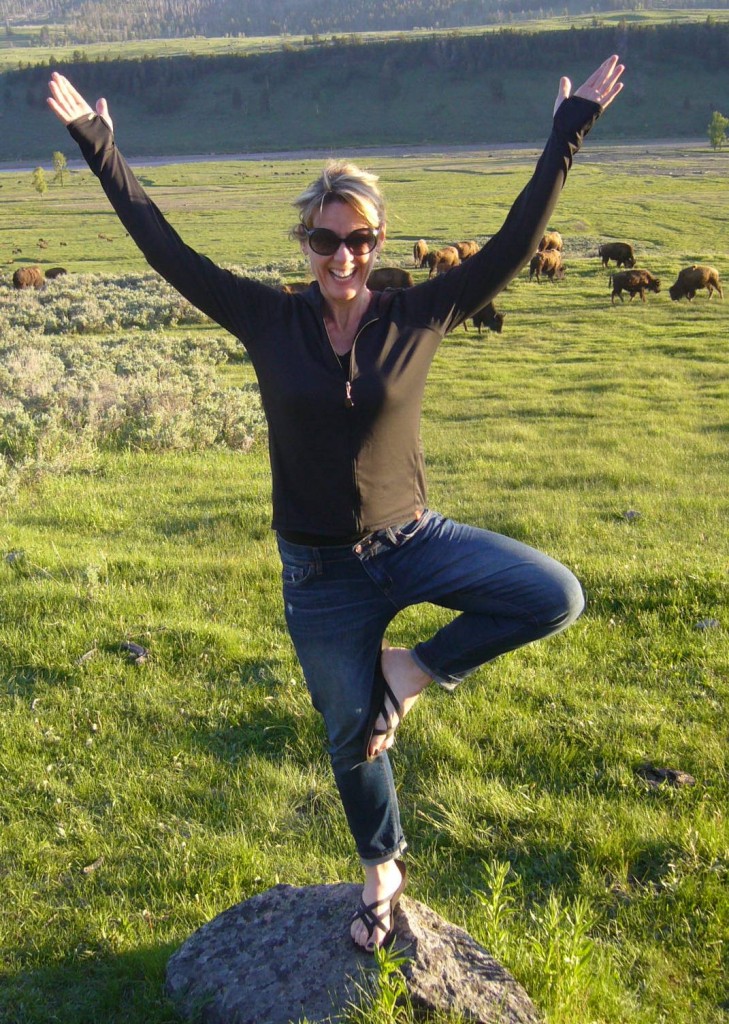 She acknowledges the debate’s contentious nature: “I sit for a few minutes to slip on the moccasins of those landowners and imagine their world. I find giving up my home and lifestyle for pronghorns and grizzlies a difficult thing to swallow.” She listens to a rancher, who has lost eleven cattle to grizzlies and wolves, not yet ready to accept the idea that wolves are necessary to the ecosystem. She writes, “Jim loves his land, his horses, the cattle, his dogs. He loves his works, his view of the Tetons. His life. Wolves are just one piece of it, and life is long. All things can eventually be worked out.”

Yet, she also cautions those stories – sometimes escalating into sensationalism – are insufficient to reach conclusions that withstand the evidence. She states unequivocally, “But it remains science. Data. Not stories, not exaggeration, not apocalyptic thoughts based on fear.” In the same vein, she acknowledges the value of those seeking to find a compromise: “Some have been harassed, accused of dishonesty, and alienated for evenhanded approaches. But the process can lead to increased compassion.”

Bird also seeks to understand a hunter’s perspective, particularly from a spiritual angle. As one hunter explains in an interview with the author, “I’m aware of this spiritual center and when I do things like hunt, it puts me more in touch with that center. I feel small out there – I’m more aware of how large the world is, how old the world is, how many lifetimes these huge trees have stood through, what a small part of it all I am.”

As for her own personal journey, Bird eventually finds the strength to howl on her own. The prospect seems intimidating at first: “A wolf howl in deepest dark chills my bones,” she writes. “It resounds with my own yearning, my own desires, and floats them beyond my being. Rarely audible echoes whisper yes, I too, know. In the following silence, I ache to hear another howl, its fragile reverberations. Sometimes a new howl travels across the sky. Sometimes I am left trying to hold that which is ethereal.”

However, much as the protagonist Harry Haller realizes in Herman Hesse’s Steppenwolf, Bird’s own discoveries underscore that perhaps we humans are not so different from the wolf. The tone and volume of her howl continue to evolve. Bird’s book ties a lot together into a worthy package — a creative reconciliation of many things that have become disjointed, disconnected, and pitted against each other. Neither science nor spirited imagination alone will bridge the divide but we readers can find similar ways to make our stories work as they have done for Bird.