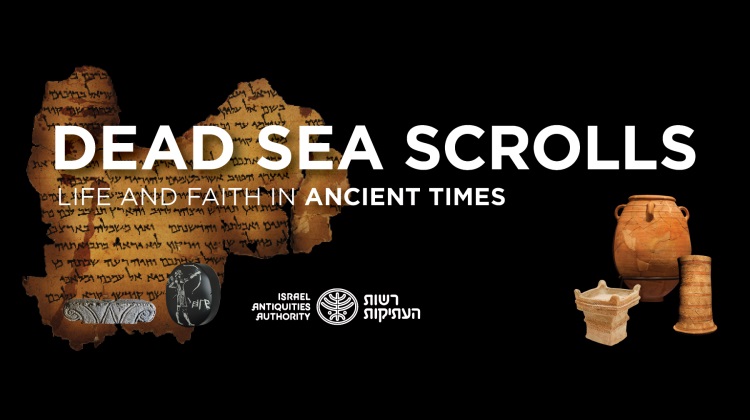 Those with even a passing interest in history will want to make plans to catch the Dead Sea Scrolls exhibit at the Leonardo in downtown SLC. In just a few short weeks (April 27th) this once in a lifetime exhibit will end its five month run and leave town.

Discovery of the Scrolls

The Dead Sea Scrolls were discovered and unearthed in caves on the northwest shore of the Dead Sea from 1947-1956. Considered among the world’s greatest archeological discoveries, the Scrolls contain the oldest known copies of the Hebrew Bible. The exhibition will include fragments from the biblical books of Deuteronomy, Psalms, Exodus, Isaiah, and others.

Dead Sea Scrolls: Life and Faith in Ancient Times debuted in 2011 in New York, and has visited Philadelphia, Cincinnatiand most recently, Boston. With more than 500 objects and 20 extremely rare scroll fragments, this exhibition represents the largest collection of artifacts from biblical to Islamic periods ever to tour outside of Israel. The exhibit also includes a two-ton stone from Jerusalem’s Western Wall, vases, jewelry, textiles, and other items that give visitors an intimate glimpse into an ancient people and culture.

“The Leonardo has had the honor of being part of some incredible events during the two years we’ve been open, but this exhibit is particularly meaningful,” said the museum’s Executive Director Alexandra Hesse. “It is a breathtakingly beautiful account of a time, place and people who have deeply influenced the foundations of our modern-day world. But it is even more than that. This exhibition speaks to the values that bind us together. It reminds us that ‘the sacred’ transcends religious and political traditions, connecting us across time, political persuasion and geographic location.”

For the Utah showing only, The Leonardo has created a compendium exhibit titled Unlocking the Past, which highlights the contributions of Brigham Young University. Over the past 20 years, scholars at BYU have made important contributions to the translation, study and digitization of the scrolls, resulting in a deeper understanding of these precious artifacts, as well as other ancient documents.

The exhibition is on display at The Leonardo, 209 East 500 South, Salt Lake City. It is open daily (10 a.m. until 5 p.m. Sunday – Wednesday, and 10 a.m. until 10 p.m. Thursday – Saturday) and requires special timed tickets. Advance reservations are encouraged. Ticket purchases can be made through The Leonardo’s website, or in-person. For more information about ticket prices and group packages, visit http://www.theleonardo.org.