The latest set of PitchNic short film premieres by students at Spy Hop Productions not only impressed an audience of nearly 500 at the Rose Wagner Center for Performing Arts but it also signaled that all four films are ready for submission to film festivals around the country. In fact, each of the films could be a solid contender for the 2016 Utah Short Film of the Year competition held annually as part of the Fear No Film program at the Utah Arts Festival.

All 11 filmmakers are between the ages of 17 and 20 but their work suggests a mature, advanced perspective that would be welcome in any competitive film studies program at a college or university. Working with their mentors Josh Samson (fictional narrative) and Shannalee Otanez (documentaries), the students crafted solid narratives and did yeoman’s work in sound editing that included original music in every instance. If there is one common comment to summarize the four films is that their creative base echoes an impressively enlightened conscience evident in each of the students who are acutely aware of their social, cultural and political surroundings.

Summary reviews are provided below for each of the four films: 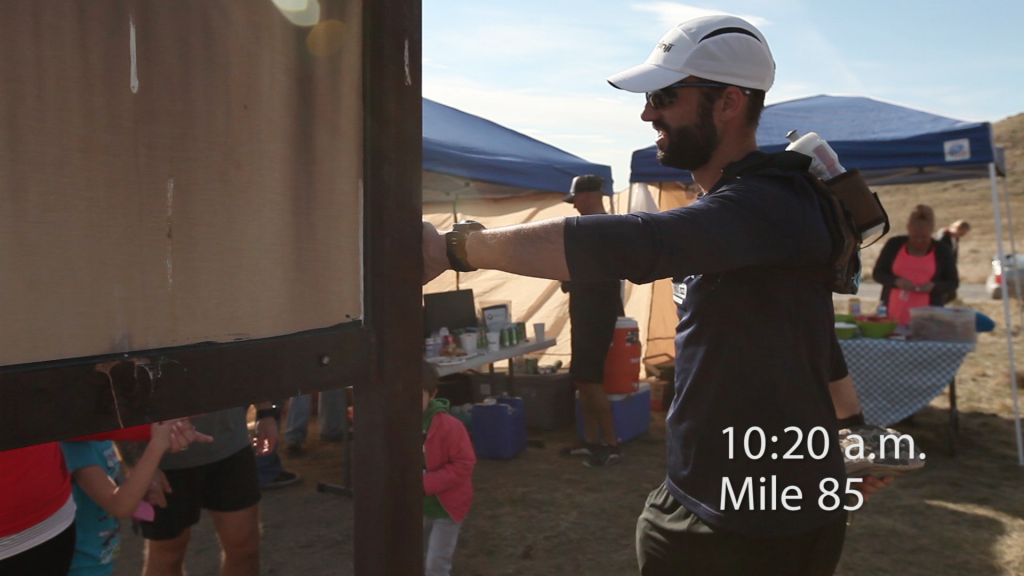 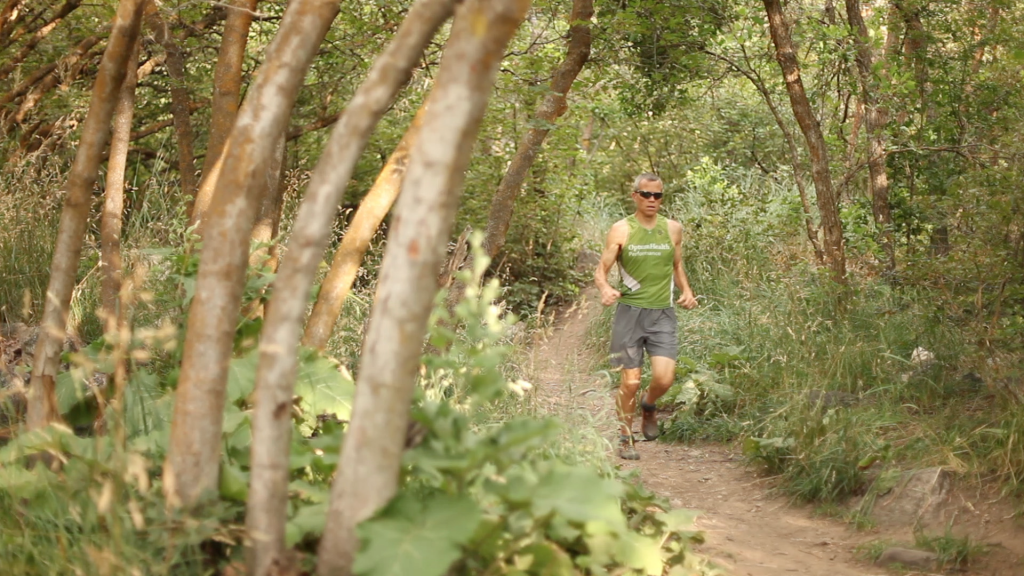 By The Hour (Sophie Turok, Isa Card and Thomas Garbett)

A smart, entertaining, visually satisfying short documentary in all respects, the students captured the efforts of Joe Dean, a software company product manager who exchanged a chubby frame and sedentary lifestyle for the physically grueling thrills of ultra-running. The film chronicles Dean’s first 100 mile run, which occurred last March at the Antelope Island Buffalo 100. It is filled with humor and optimism while also taking note of Dean’s nervousness mixed in with the anticipation of taking on this benchmark of incredible endurance. Dean, who already had plenty of experience in 50-mile trail runs, starts out in good spirits and, in fact, the first half of the race, which started at noon, is pretty much what he expected, save perhaps for the herd of buffalo who block the trail at about the one-third point of the race.

The film is a wonderful little testimony to this feat of athletic endurance and to the beauties of Antelope Island on a clear early spring day. Dean remains in good spirits, despite a bout of an upset stomach and some breathing issues. However, he perseveres, switching between walking and running, and working up to a speed hike. Dean’s wife (Becci) also is along to keep her husband from falling into a grumpy funk that might compromise his confidence. He finishes the event in about 25 ½ hours – and the filmmakers handle nicely the challenge of documenting the mood swings and the numerous challenges (both emotional and physical) that crop up along the way. 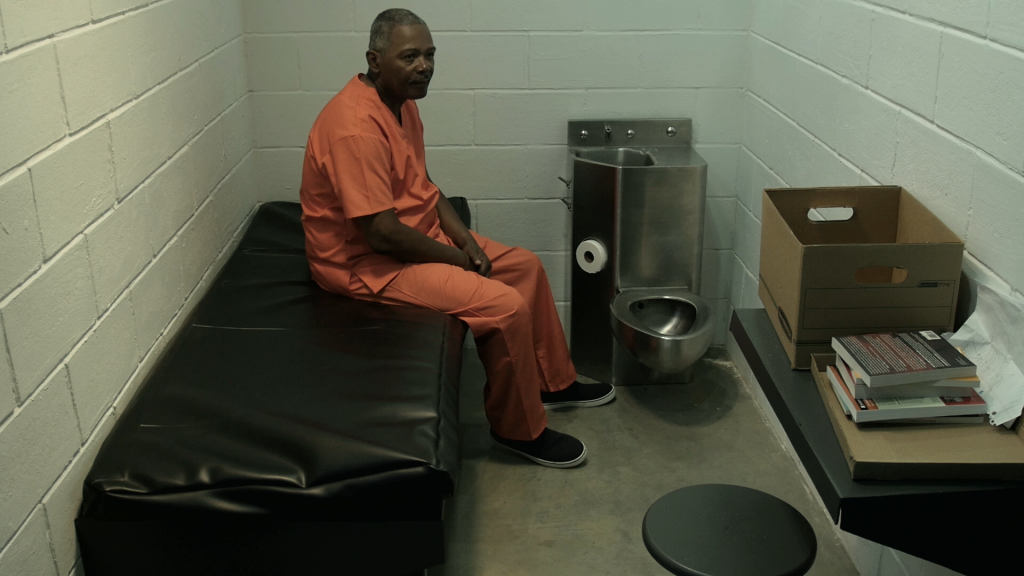 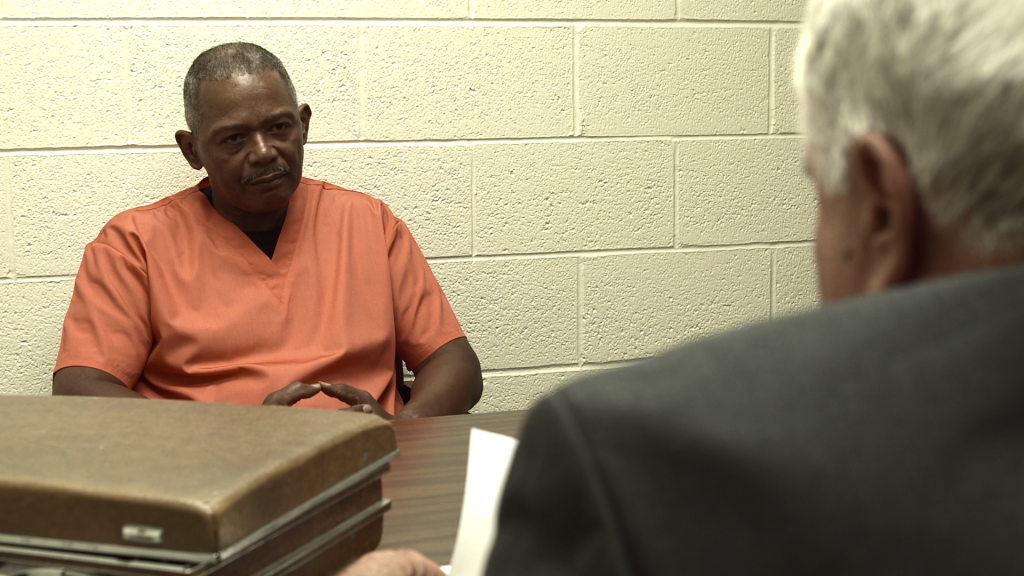 On The Outside (Celina Crane and Christian Quinonez)

Perhaps the darkest fictional narrative to come out of the PitchNic program, On The Outside stands out particularly for a no-holds-barred social commentary on just how personally devastating the ordeal of wrongful imprisonment can wreak upon an individual. After finally being exonerated, Doug, an African-American who has just turned 50, steps out hesitantly into freedom after spending 32 years in prison. Alone and with no family to turn to (who apparently had shunned him long ago in the belief that indeed he did commit the murder and sexual assault), Doug is confused about how to proceed. His lawyer has set him up in an apartment but the settlement monies have yet to come through so Doug goes to a job fair where no one considers giving him a chance at a job. The film turns even darker at the end on a bitter ironical twist.

The film is understated and the pace is lengthened a bit to accommodate a script where dialogue barely exceeds a sentence or two at a time. The actor portraying Doug amplifies nicely the stark, sparse effect of the script. And, the filmmakers add in some elements to underscore just how foreign the surroundings of freedom are for the man. He fumbles in trying to answer a mobile phone and he tries to use a pen on an iPad during the job fair. Indeed, it seems sad that no one will try to interact with him.

The background research for the film is evident, as the young filmmakers had talked with staff members of the Rocky Mountain Innocence Project, who work to prove the innocence of individuals imprisoned in Utah, Wyoming and Nevada. And, in both story and scene settings – including a realistic jail cell – the film is credible, although it should be noted that many of those who are released from prison after being exonerated are helped quite extensively in gaining employment. Nevertheless, the film portrays just how deep the scars go for individuals who are finally proven innocent especially after they also had probably given up hopes of ever walking away from prison. 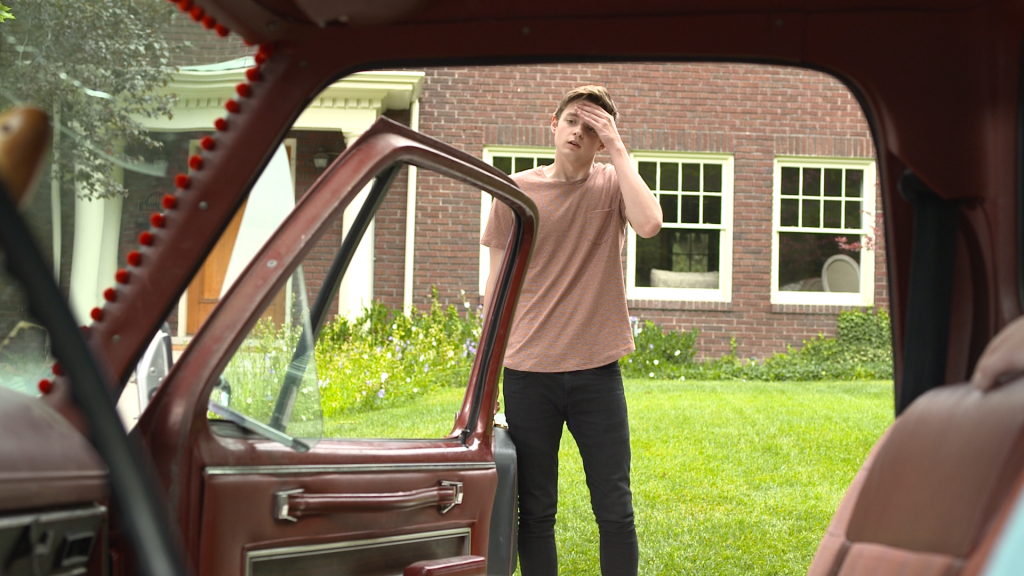 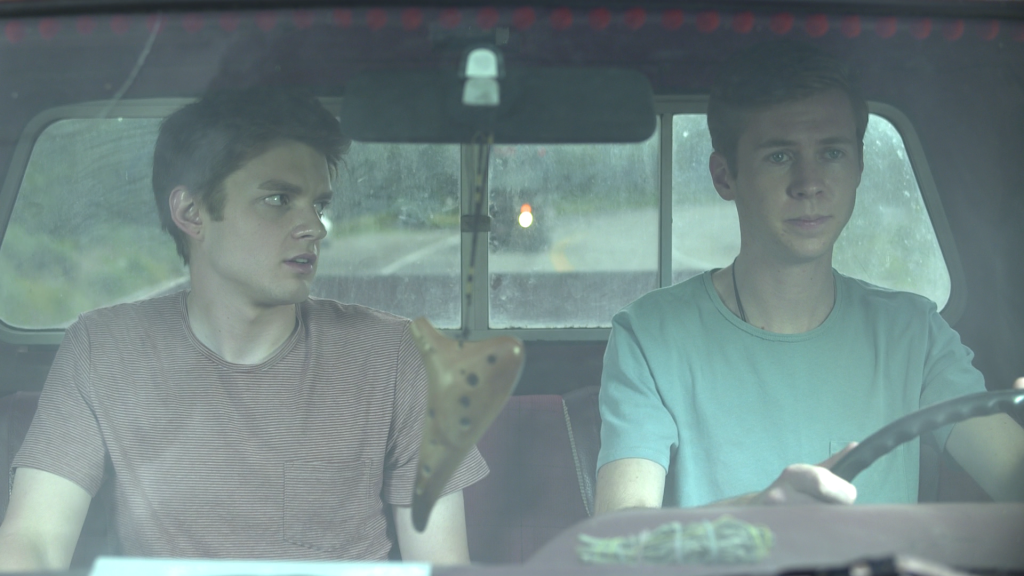 Despite a few lapses in propelling the pace of the narrative, this film has one of the most elegantly constructed story lines ever conceived for a PitchNic project. And, there are some sweet touching moments that happen naturally. Simply, the film is about love – not in a romantic sense but instead about a pure passion and connection for something that often is not readily explained.

Two college students in a film studies class are watching a 1940s film noir crime story – a la Double Indemnity – and one of the students, a dreamer who encapsulates the typical young college adult still trying to find his path, is entranced by the female star. He is so struck by her cinematic presence that it becomes an obsession and he enlists his friend, best described as a realist, to help him find the movie star. His friend balks, calling it a foolish venture, noting that the woman may even be dead and she certainly is no longer a portrait of young beauty. None of this matters to the dreamer who wants to see the mission through its end.

The truck breaks down and the two friends stranded on the roadside argue and the dreamer is left to finish the journey on his own. He locates the woman who is near death and the filmmakers strike the right, mature tone in the conversation balancing muted emotion with a perfectly sensible epiphany.

Kudos to the filmmakers for shooting a 90-second clip for the 1940s film with an old-fashioned camera and film in a highly believable scene that includes the hardwood flooring one would expect from that period. 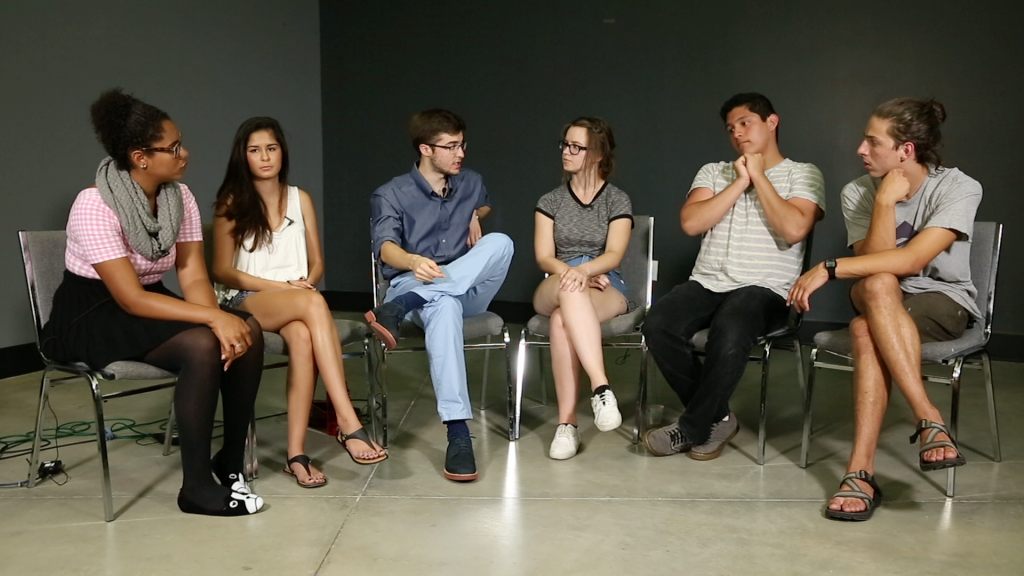 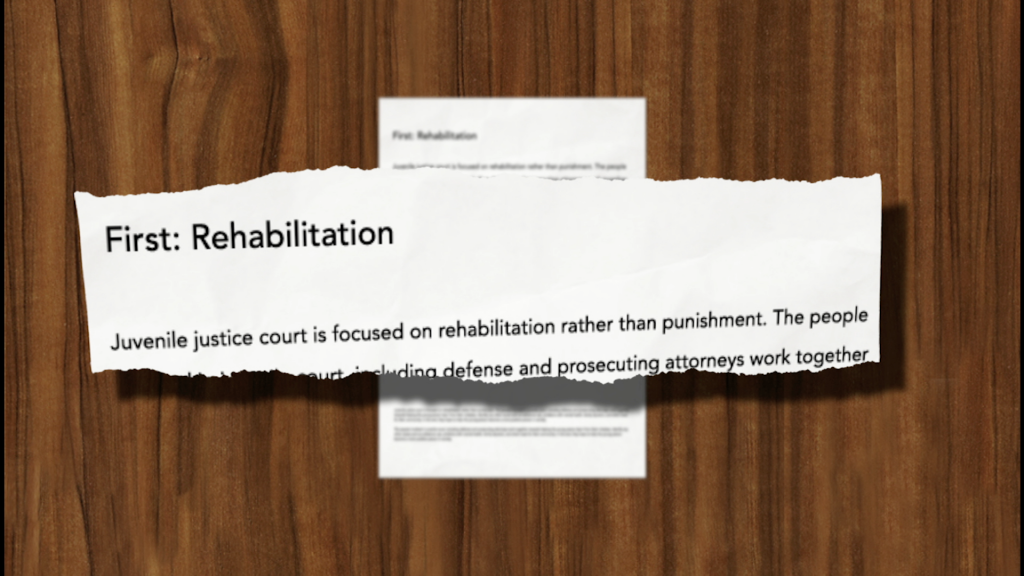 A richly informative short documentary given its compact length, this film proved to be an eye-opener for many audience members. The filmmakers had struggled initially to find anyone willing and comfortable to go on record to discuss whether or not the idea of an ‘affluenza’ diagnosis had legitimate merits as a cognitive disorder. The film opens with a sharply edited summary of the case of Ethan Couch, the Texas teen who stole beer and then killed four people and paralyzed another in a car accident. Couch, who comes from a wealthy family, could have faced up to 20 years in prison but ended up receiving 10 years of probation and an undisclosed amount of time at a rehabilitation facility.

The case sets up an important thematic pivot which the filmmakers handle admirably. Rather than focus on how families with the financial means can help their children through the juvenile justice system, the film turns the light on why children from poorer families are more likely to experience disproportionate treatment in the juvenile justice system because they do not have access to the same types of programs and treatments for diversion where children would have their cases dispensed without having to appear in quote.

The filmmakers handle well the challenge of making legal information comprehensible enough for a general audience while using the correct and precise terminology to ensure the accuracy of the information being presented. Even without being able to focus on specific cases (largely due to concerns about privacy for underage teens), the filmmakers offer a compelling look at an issue that did not receive the larger discussion it merited at the time of the Couch case.