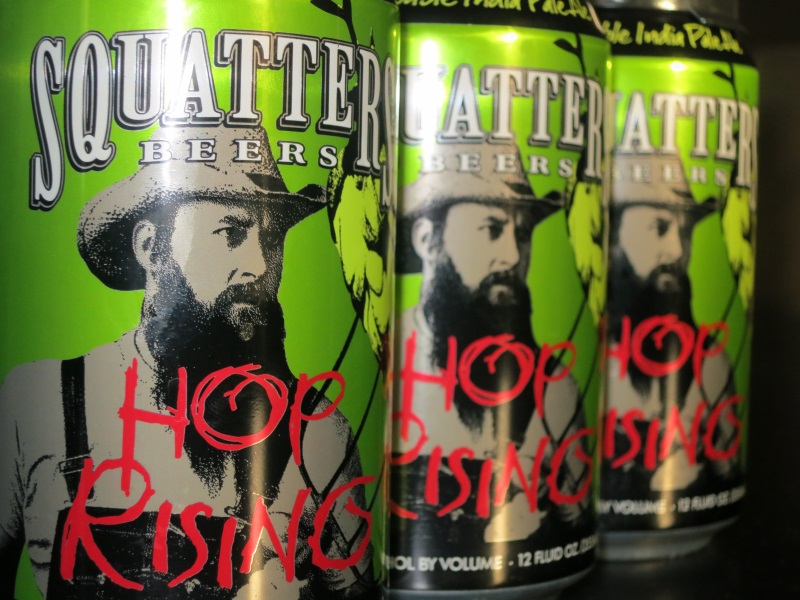 Ever wonder about the faces behind your favorite beer – I do. Indeed in the case of Jason Stock, Squatters’ Brewmaster, he’s quite literally the face of one of their best products – the nuclear hopped Hop Rising. Jason kindly agreed to take time out of his hectic schedule brewing liquid gold and answer a few questions about craft beer and his role at Squatters. Cheers!

Q: So let’s start from the beginning. How did you get into brewing, what steps led you from rookie to where you are today – Squatters’ Brewmaster.

Well…I really fell in love with beer for the first time at Ashbury Pub (Now O’Shucks) during lunch with a friend. She suggested that we do “beers around the world.” In hindsight…it was a little pathetic. We had Dos Equis for Mexico, Beck’s for Germany, Heineken for Holland… but somewhere in that experience I recognized the diversity in beer. I began trying every new beer I could find. Even started a beer review website back in the day (1995 ish). My brother and I decided to take our love for beer to the next level and bought our first home brewing kit from The Beer Nut. We had some modest success and really fell in love with the hobby. About the time I graduated from the University of Utah I was coming to the realization that ‘white collar’ office environments weren’t really my bag. Luckily for me I noticed a post it note on The Beer Nut’s information board advertising that Squatters was looking for an assistant brewer. I threw my hat into the ring…and for the first time ever brought a 6 pack (my home brewing resume) to a job interview. Jenny Talley offered me the position as assistant brewer in June of 2000. That was a real stroke of luck for me, in that Jenny is one of the best and most well respected brewers in the nation. I was also lucky to begin brewing right away, and doubly lucky to learn from one of the best in an environment that fosters creativity and quality. My part time brewing position became a full time job around 2004 and I was able to begin designing recipes and had more say in the direction our beers were headed. In 2011 Jenny took a position at CBA (Craft Brewer’s Alliance) and I was offered the position as brewmaster for Squatters’ Pub Brewery. 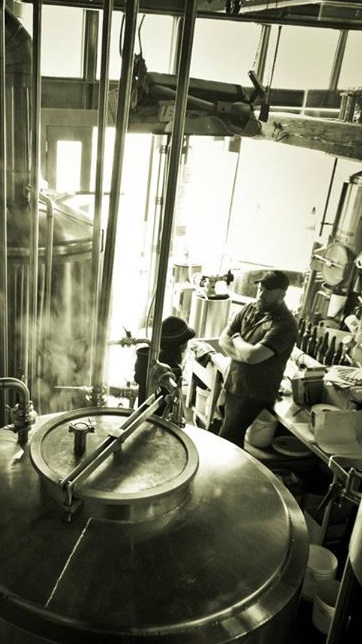 Q: Brewmaster – that’s quite the title. I’m sure I’m echoing our reader’s thoughts when I say it sounds like a dream job. Master of brews. But what’s the reality, what’s the day to day like? For my own jealousy – please tell me it’s not as awesome as it sounds!

I’ve always joked that brewmaster is just a fancy word for boss. I do feel fortunate to have a career doing something I am passionate about. The brewmaster gig is pretty good…I’m not going to lie. Although…the main differences between being a ‘brewmaster’ and a brewer are less glamorous than one might expect. Basically I now handle tax reporting and I’m in a LOT more meetings than I used to be. It is nice to be able to decide what we’ll be brewing and to have the freedom to experiment with new ideas. Interacting with the staff at the pub through our ‘beer classes’ is rewarding as well.

Q: The craft brewing scene keeps growing and growing in SLC. For the size of our city the accolades our brewers like Squatters bring in, it’s quite remarkable. Any thoughts on our local scene, trends, innovations, local progress etc. you like?

I’ve long been a fan of the Utah brewing scene. I feel really lucky to live here…and I mean that. We have A LOT of solid breweries here. I’m sometimes surprised by what will pass as craft beer in cities with a ton of breweries. It’s exciting to be part of it and we really have a great brewing community here.

Q: Speaking of accolades, I know you’ve helped Squatter’s secure a hefty treasure trove of awards from places like the World Beer Cup and Great American Beer Festival. Do any awards in particular standout, any really hard fought victories?

The first medal I was a part of winning stands out. As a brand new brewer I was given the responsibility of brewing Black Forest Schwarzbier for The Great American Beer Festival in 2001. I was pretty nervous. It was my first ‘solo’ brew… meaning Jenny sort of pushed me out of the nest on this one. Well…the brew went great and the beer was tasting really good out of the fermenter. I said (jokingly-ish) to Jenny that the beer was a gold medal beer for sure. Well… she came down on me pretty hard, reminding me that you can’t be a cocky brewer. She said I could be cocky for an afternoon AFTER the beer wins a medal.

At the festival I was pretty excited to hear them announce the winners in the Schwarzbier category. If memory serves… Red Rock took the bronze, then Uinta got the silver and I thought “Well…there’s no way all three medals are going to Utah.” We ended up taking the gold for that beer and it was a very exciting moment. Winning at World Beer Cup my first year as brew master for 5th Element was pretty surreal. Huge auditorium and a lot of competition from around the world. It’s always nice to see Utah represented well at competitions, there is a real sense of community pride whether it’s Squatters or not. 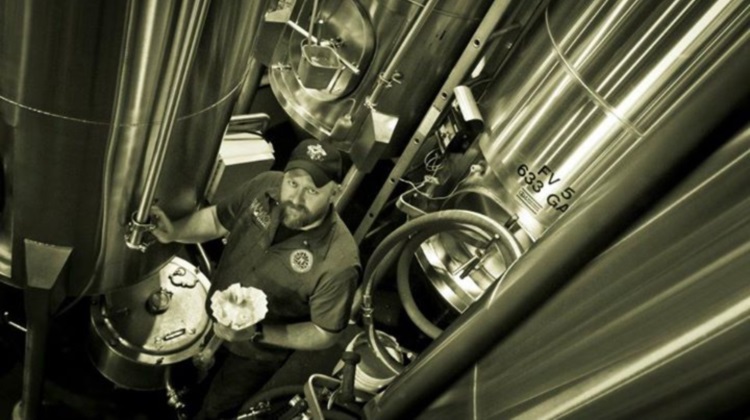 Q: With any more refined movement comes that eventual snobbery and elitism, and craft beer is no exception. I’ll be the first to hold my hands up and admit to having eaten a BK Whopper and yes, drinking Budweiser. What about you, can I get you to admit to sinking a PBR, or is it strictly craft ale at casa Stock?

Oh I left my beer snobbery behind a long time ago. I really don’t judge people for drinking PBR or whatever else they like. I do try to promote craft beer without being pushy. But hell… I’ll take an ice cold PBR on a hot summer day anytime. Funny story, I was grabbing a few things for dinner and my girlfriend called and asked me to grab some beer for her. Well, she drinks PBR pretty exclusively so I grabbed a twelve pack for her. So, I’m at the self check out, decked out head to toe in Squatter’s clothing (work shirt, jacket, hat etc.) and the guy running the show there says “Aren’t you the brewer at Squatters?” and I said I was and he then pointed out that I was the Hop Rising Guy. That was true too. Then he asks (in front of everyone else mind you) why I’m buying PBR! It was pretty funny. But to answer your question….no elitism when it comes to beer for me. Now…if we talk about heavy metal…. hmmmm.

Q: On the topic of cans – I’ve recently noticed Squatters canning as well now. I love that format for so many reasons, what about you and what plans do squatters have in that direction?

I think cans are great for a lot of reasons. Mostly just the ease of recycling and packing for camping etc. I’m not intimately involved with the production brewery (The Beer Store on 3rd West) so I can’t speak with much authority about the future plans for the cans. But I know they’ve invested a great deal to get the canning line going and I don’t see the popularity waning in the near future.

Q: Is there anything else you’d like to share with our readers about yourself, beer in general or Squatters?

Just that I love our craft beer community and I have loved my career with Squatters. I’ve had the opportunity to meet a lot of really great people over the years and it’s been fun to produce beer that makes people happy and satisfied!

Squatters is located at: