For six enterprising small performing arts companies, the Rose Wagner Performing Arts Center in downtown Salt Lake City is more than a residence for their creative work. It is the home for experimentation in humanity. It is the place for creating and performing new works of art. As Daniel Siepmann wrote recently at NewMusicBox, “Newness is confrontational, newness is the unexpected variable, newness celebrates dynamic, living places: we stumble across new art, often unexpectedly, and discover parts of ourselves yet unknown.” 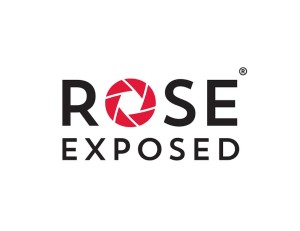 On August 23, each of the resident companies, through music, dance and theater, will spend the daytime hours creating new work based on the concept of ‘home’ before premiering them at 8 p.m., as part of ‘Rose Exposed: Home.’ Most appropriately, the entire proceeds from ticket sales (at $25 apiece) will benefit The Road Home, an SLC organization that serves more than 7,000 people annually who are homeless.

However, members of the community will not have to wait until the evening performance to see how each of the companies – Gina Bachauer International Piano Foundation, Plan-B Theatre, Pygmalion Theatre Company, Repertory Dance Theatre, Ririe-Woodbury Dance Company and SB Dance – cast the thematic idea of home in its specific artistic skills and talents. Beginning at noon, people can stop by the Rose Wagner whenever during the afternoon and watch the creative process unfold, free of charge. Each organization will have an hour of rehearsal time in the Jeanne Wagner Theatre, ending at 6 p.m.

In fact, community members also are being asked to share through the event’s Facebook page their own ideas and perceptions about home, whether it is a video, an image, a poem, an article, a song or any other creative artifact. The six resident companies will begin reviewing the open submissions on Aug. 19 and decide which postings are best suited to their performing arts talents.

Unlike previous renditions of ‘Rose Exposed,’ this year’s offering brings the center’s resident companies into a tighter collaboration. “Until Rose Exposed, the six resident organizations of the Rose Wagner Performing Arts Center knew and respected each other, worked together on common issues, yet never collaborated artistically,” Stephen Brown of SB Dance explains. “We were like friendly next-door neighbors who never carved out the time to sit down and chat. So, in the beginning, the Rose Exposed was meant as a neighborhood celebration.”

As for supporting The Road Home, which coordinates temporary and permanent housing for individuals, Brown says creating art based on the organization’s mission is a “pretty cool way to process a segment of our neighborhood that is often ignored and misunderstood.” In future years, the companies will also look to creating art based on the missions of other community organizations.

Linda Smith of the Repertory Dance Theatre echoes Brown’s comments, adding that the resident companies demonstrate consistently how much as artists and performers, they “care deeply about the health and well-being of individuals, neighborhoods and the environment.” She further explains how the connection between community and the arts can be fortified. “The organizations that call the Rose Wagner ‘home,’ she says, “also call this area in downtown Salt Lake City our neighborhood. We are connected to all of our ‘neighbors.’ We care about the people who live here and want to provide meaningful activities for the community that we serve.”

Likewise, the opportunity for awareness is not just for the community’s benefit but also for each company’s perspective of seeing how a performing arts ‘neighbor’ approaches the creative process. “To garner support for the small companies is to garner support for art generally in the community,” Joanne Rowland of the Gina Bachauer International Piano Foundation, explains. “Getting to see each other’s creative process is a rare treat and invigorates all of us in the process.”

Pygmalion Theatre Company’s Fran Pruyn adds that, “it is so refreshing to sit in a conference room and listen to the ideas of tremendously creative individuals who express themselves either through much different art forms, or the through the same art form but differently. This year, we will all be using the same launching pad and where we land remains to be seen, but I am confident that it will be so much fun to be in the air at the same time with all these artists.”

Rapier says anyone who has any “ideas, musings, thoughts, prayers and stories” about what home means individually can post on the event’s Facebook page until 9:30 a.m. on Aug. 19. The companies will meet then to decide about music and content and up until 9 a.m. on Aug. 23 when they convene at the Rose Wagner, “we’ll all be doing a lot of thinking about the meaning of home,” Rapier adds. The process, of course, will culminate in a series of six pieces no longer than ten minutes each, which will be presented that evening.

Opening the afternoon rehearsals to the public at no cost can be an effective way to make new or unfamiliar work understandable to the curious observer or listener, even if the individual has never attended a performance at the Rose Wagner. “When people come to the Rose Wagner Performing Arts Center to see a performance, they usually just see the final product,” Daniel Charon of the Ririe-Woodbury Company explains. “We wanted to expose not only the spaces that are utilized to make art, but to let audiences into the creative process as well. This transparency of process can serve to empower the audience with tools and strategies by better understanding what goes on behind the scenes.”

Rapier says that the public can drop in and leave a rehearsal whenever it’s convenient. “They can spend 15 minutes or the entire afternoon,” he adds. The schedule starts at noon with Gina Bachauer International Piano Foundation, followed on the hour, respectively, by the Repertory Dance Theatre, Ririe-Woodbury Dance Company, SB Dance, Plan-B Theatre Company and Pygmalion Theatre Company.