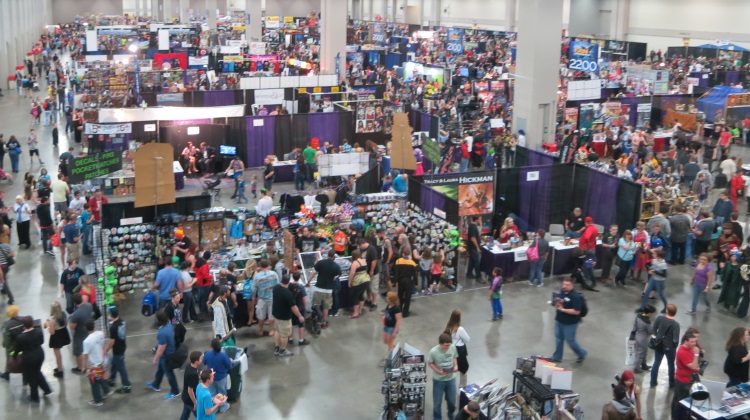 With Salt Lake Comic Con FanX 2014 now behind us, we’re looking back on this record setting SLC event. FanX had more than 100,000 attendees to become the third largest Comic Con in the United States, the largest convention in the state of Utah and the largest Comic Con in North America per capita. Salt Lake Comic Con’s Facebook page is now the most popular page in Utah – managing to reach 2.5 million people in just one week.

Indeed, the Salt Lake Tribune mentioned that FanX even assisted setting a new three-day UTA ridership record. During the three days (Thursday-Saturday) of the event, UTA reported 250,000 trips on TRAX and FrontRunner.

Heck, a new world record for the largest balloon sculpture by one man was set at the event too!

“I’ve said all along that we have the best fans in the world right here in the Western United States and they proved it again with their support and attendance at Salt Lake Comic Con FanX,” said Dan Farr, Show Producer and Founder of Salt Lake Comic Con. “We set our sights high with a goal of 100,000 attendees and because of the tremendous backing and encouragement from the fans we knew that we could achieve this lofty achievement. We’re excited for the Comic Con this September and have some very exciting announcements coming soon. We plan on taking our next event to a whole new level.”

“The fact that we exceeded attendance expectations proves that Salt Lake City is a focal point for Comic Con and pop culture and is further proof to the Comic Con world that Salt Lake is a major player in the industry,” said Bryan Brandenburg, Salt Lake Comic Con Co-founder and VP of Marketing. “The increased success will serve as evidence moving forward that will attract celebrities, vendors and production companies, which in turn will help increase the overall fan experience as well as the visibility of Salt Lake Comic Con and Utah in general. Our aim is to offer a complementary convention to the annual San Diego Comic-Con International.”

You can find our own coverage of the FanX 2014 event here: