“If the Brothers Grimm were not trying to tell charming bedtime stories, what were they trying to do? Why are the original versions of their stories so often violent and disturbing? The first answer to these questions is that the Brothers Grimm were simply being true to the stories as they existed in the early 19th century. The Brothers saw themselves as faithful recorders of a living German tradition. They wanted to preserve these stories in their true and exact form. The second answer is this: The violence of the folktales is part of their power. The Brothers Grimm understood this fact. They wanted to tap into that power. They thought that the tales would revitalize a German people fallen on hard times.” – Morgan Meis, 2013, The Smart Set. 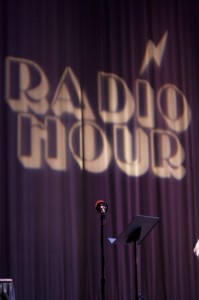 In Germany, the countless editions of Grimm Fairy Tales that have been published since the collection was initially released in 1812 have sold more copies than any other book, save The Bible. Jacob and Wilhelm Grimm, who worked as librarians and as professors, collaborated on more than 700 publications that comprise an intensive study of the German language and vocabulary but it is their fairy tales compendium which has given them their fame.

Even today, hundreds of thousands of tourists visit Fairy Tale Road in Germany, which tracks the locations and towns that inspired the Grimm brothers in their work. More than a million tourists venture annually just to Hamelin, the town made famous by the Pied Piper tale.

However, even in this tourist location which the Grimms traversed 200 years ago, today’s live performances of the stories tend more toward sanitized, Disneyfied versions than they do as folktales representing a specific cultural group of people that express “fears, anxieties, wishes, passions, desires, and regrets” – like reading an individual’s most intimate entries in a private diary, as described by Morgan Meis, writer and founding member of the Flux Factory arts collective in New York City and editor of 3 Quarks Daily.

In Plan-B’s ninth and newest episode of its Radio Hour productions, playwright Matthew Ivan Bennett weaves a fast-paced, sharp, and authentically dark interpretation of three Grimm tales that do not become yet another group of literary victims subjected to the typical cleansing and domesticating clichés which persist in popular culture. Early in the play, the narrator introducing Rapunzel tells the audience the story is, “Not your mommy and datty’s version, but mein version, ze right version.”

Evil can be enchanting, awe-inspiring and beautiful in Bennett’s adaptation, echoing what the great British illustrator Arthur Rackham wrote in his 1909 edition of the Grimm Fairy Tales: “Evil is also not anything small or close to home, and not the worst; otherwise one could grow accustomed to it.” The stories are neither quaint nor nostalgic, as Bennett renders versions of two of the most famously known tales of Rapunzel and Little Snow White and of the lesser known yet superlatively creepy The Juniper Tree.

Bennett says he turned to earlier editions of the tales, published during the middle 19th century, as his inspiration for writing the Radio Hour script. The stories stimulate sensations, feelings and meanings that have nothing to do with our popularized perceptions of fairy tales and how they evoke emotions. He also was inspired by Joseph Campbell’s commentary in the 1976 edition published by the Knopf Doubleday Publishing Group which included all 210 Grimm tales. Campbell explained “the ‘monstrous, irrational, and unnatural’ motifs in folktale and myth are derived from the reservoirs of dream and vision. On the dream level such images represent the total state of the individual dreaming psyche. But clarified of personal distortions and profounded by poets, prophets, and visionaries, they become symbolic of the spiritual norm for Man the Microcosm.”

Bennett is especially adept at capturing a story’s authenticity in the live production to be broadcast in an hour-long performance simultaneously at KUER-FM’s RadioWest program which is hosted by Doug Fabrizio. The single live performance will take place Oct. 15 at 7 p.m. in the Jeanne Wagner Theatre at the Rose Wagner Center for Performing Arts and will be rebroadcast the following day (Oct. 16) at 11 a.m. on RadioWest. The production also will be available for podcast here.

The script’s time limit is set at 48 minutes, 30 seconds, a formidable challenge even for a writer who is doing his fifth Radio Hour production. Bennett previously has penned outstanding adaptations of ‘Frankenstein,’ ‘Alice’s Adventures in Wonderland’ and Sir Arthur Conan Doyle’s only Christmas-themed short story ‘The Blue Carbuncle.’

“It doesn’t get easier,” he says, explaining that many of the Grimm stories, as source material, comprise barely three or four pages. In fact, some Grimm Fairy Tales are a paragraph or two at most.

Likewise, the selection of stories was put to a survey coordinated by KUER-FM. Thus, both ‘Rapunzel’ and ‘Little Snow-White’ get treatments running a bit more than 20 minutes each and ‘The Juniper Tree,’ in a snappy, crisp retelling, is the middle piece, running just seven minutes.

Bennett is committed to portraying the Grimm stories as raw and unfiltered as possible, even as he fleshes out the contours with humor and cultural references that amplify the remarkable storytelling representing a folk tradition covering many centuries. The Grimm Brothers collected tales that were told not only in the most distant time of the Middle Ages but even as far back as 2,000 years ago.

Rapunzel is in her early teens while Snow White is eight. The Grimm tales, as Meis has suggested, play around with the contradictions of love, sacrifice, and grace. If there are happy endings, they come about through the individual’s willingness to accept his or her own humanity in the most honest terms. Bennett’s adaptation confirms this.
We learn from Oma (the narrator) about Rapunzel’s condition, the cause arising from a “special hug”:

‘She retains vater, she’s backed up, she vomits like Yellowstone geyser, until!, she gazes out vindow into a garden belonging to…A FAIRY! Not sunny California fairy, meine Lieben, but real fairy: pupils like smoke in sunset!; lips like leeches!; gangly…’

Prince Meinhard, who comes from a “medium size kingdom, mostly swamp,” captivates Rapunzel while the Fairy (Rapunzel’s mother) acts as the unsparing steward of morality: “Flee from sexual immorality. The other sins a person commits are outside the body, but the sexually immoral person sins against his own.” Of course, Meinhard for his trials, ends up as a “beggar who sleeps next to goats,” wandering ten years until he reunites with Rapunzel, after arriving exhausted at a crude, lean-to shelter of bones in ze vilderness.”

The Juniper Tree strongly reminds why it’s best not to shut away children from the realism and honesty of the larger world or to imprison them in the misleading innocence of domestic order and bliss. Bennett compacts this gruesome story beautifully, which includes cannibalism. He does an exceptionally good job at capturing the mother’s complicated emotions here – quite significant given that the stepmother in this story, while she is evil, is nonetheless plagued fearsomely by guilt and tries desperately to cover up what she has done, even as she tells the daughter that her brother’s death was her fault. (“Shush! Don’t waste another word with me. I’ll help you hide your mistake—we’ll cook him, in a stew—but then, you must repent.”).

Matt stays true to the story’s original telling. The boy becomes a beautiful singing bird who sings: ‘Mother she kilt me/father he ate me/sister she laid my bones in silk/now I’m a bird with eyes like milk.” And, as he has done in other faithful literary adaptations, Bennett ends his rendition of ‘The Juniper Tree’ by keeping the Grimms’ conclusion intact – a pleasant discovery from the usual recounting of this extremely old folktale, which some say dates two thousand years.

In ‘Little Snow-White,’ Bennett takes us far away from the usual placid, genteel telling of this most familiar tale, the popular culture version entrenched in the Disney animated film released in 1937. In the first edition of their collection, the Grimm Brothers have the girl’s mother as the jealous villain and Bennett combines the details with the later 1857 version, which incidentally had the villain as a stepmother. And, it‘s not the heart the Witch Queen wants but the girl’s liver and lungs. The huntsman, of course, fools the Witch Queen by bringing the organs from a young wild boar.

Here, the seven dwarves (which, incidentally, did not have names in the Grimm version) … er, midgets … are Russell, Rupert, Angus, Fergus, Leslie, Wesley and Trevor, who comprise The Collective. Trevor is a deaf member who uses sign language. Russell is director of public relations. The eight-year-old Snow White says upon meeting the group: “I see. What a pleasure to meet you. You’re the first midgets I’ve ever met. And the only people I’ve ever robbed. So I swear to repay you. Until my mother comes I shall cook and wash and sweep and sew and knit and crochet and spin flax and churn butter and…I can also groom a pony.”

The original tale is unlike the saccharine enchantment ensconced in the sanitized form. The prince negotiates with the dwarves about buying Snow White’s body. Hard bargainers, the dwarves finally relent and as the prince’s servants carry Snow White home, they drop the body and the force of the moment pushes out the chunk of poisoned apple from her mouth, which brings Snow White back to consciousness. The evil stepmother appears at the wedding, is petrified to see her daughter alive, she puts on fire-hot slippers and dances until she collapses and dies.

Bennett’s adaptation reiterates not only how interesting these tales were for how they delve into humanity’s rougher, tougher and more callous edges and core but also at how they were intended to inspire Germans to unite around a distinct cultural identity, one of the larger purposes the Grimm Brothers sought. Indeed, as Oma, the narrator, tells the audience about Prince Meinhard: “But he surfifes. Because he is German.”

The production is directed by Cheryl Ann Cluff and features music by Dave Evanoff. The cast features Bill Allred, Colleen Baum, Jay Perry, Teresa Sanderson and Jason Tatom. It is remarkable that a cast of five, within the space of an hour, will assume nine character roles in ‘Rapunzel,’ five in ‘The Juniper Tree,’ and 15 in ‘Little Snow White.’

Only a small number of tickets ($20, general; $10, student), which are going fast, remain for the show. For ticket information, see here.