In the 21st century, cultural appropriation—like globalization—isn’t just inevitable; it’s potentially positive. We have to stop guarding cultures and subcultures in efforts to preserve them. It’s naïve, paternalistic, and counterproductive. Plus, it’s just not how culture or creativity work. The exchange of ideas, styles, and traditions is one of the tenets and joys of a modern, multicultural society. — Jenni Avins, The Atlantic, 2015.

When Israeli choreographer Zvi Gotheiner set out to create Dabke (2012), a dance composition inspired by the national dance of Syria and Lebanon that also is an integral aspect of Jordanian and Palestinian cultures as well as Israel and other Middle East countries, he scoured YouTube and other resources for numerous videos of authentic dabke dance celebrations. 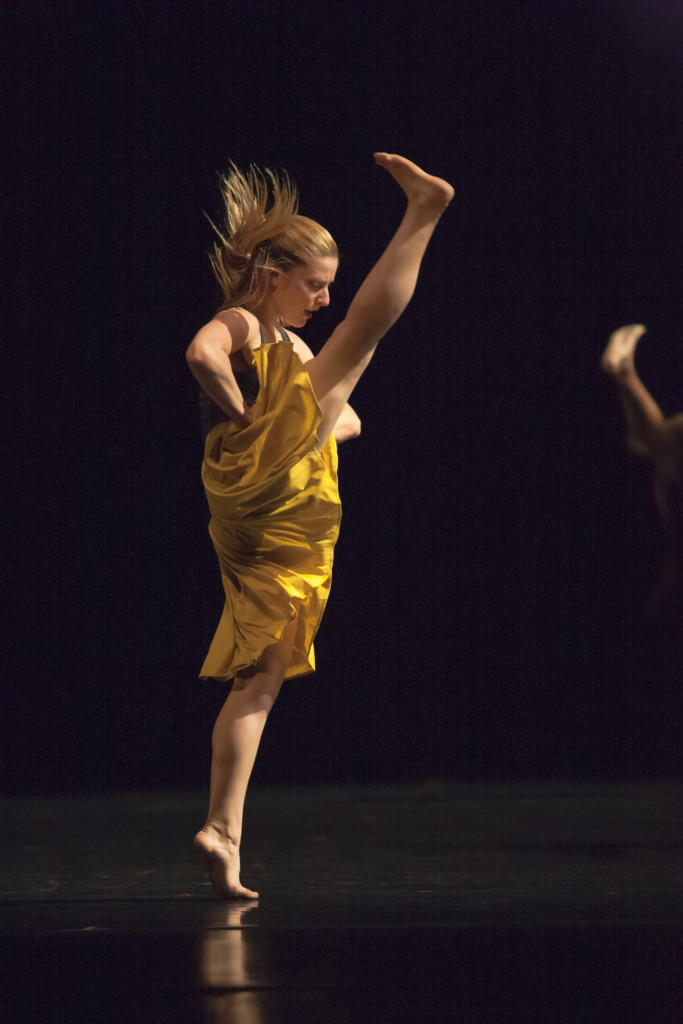 Dabke embodies a versatile spectrum of distinct cultural identities with emotional responses that are as varied as the dance form. In Israel, the dance has been interpreted in a form known as debka, often to mark the desire of returning to one’s homeland. The dabke is danced at weddings and celebrations. It also represents for some an affirming form of resistance and protest. In its simplest form, it is usually a line of men with their arms linked while they stomp rhythmically, following a leader, who improvises the steps and gestures with a baton, scarf or string of beads.

The hour-long work will be performed in the closing dance concert of Repertory Dance Theatre’s 51st season. Performances will run April 6-8 at 7:30 p.m. in the Jeanne Wagner Theatre of the Rose Wagner Center for Performing Arts in Salt Lake City.

In its full-throated vigor, Dabke is a work that navigates carefully the challenges of being as open as possible in its creativity while also being culturally sensitive to communicate a positive and enlightening theme in the most sincere way. Cultural appropriation and adaptation work effectively even in looser interpretations when the work is being created not as a commodity but as a heartfelt statement to find common ground in overcoming a hostile, volatile climate. Gotheiner, who grew up on a kibbutz in Israel and now lives in New York City with his ZviDance company, anticipated that some might be offended or put off by a work that signifies a distinct hallmark of Arab culture as interpreted by an Israeli. 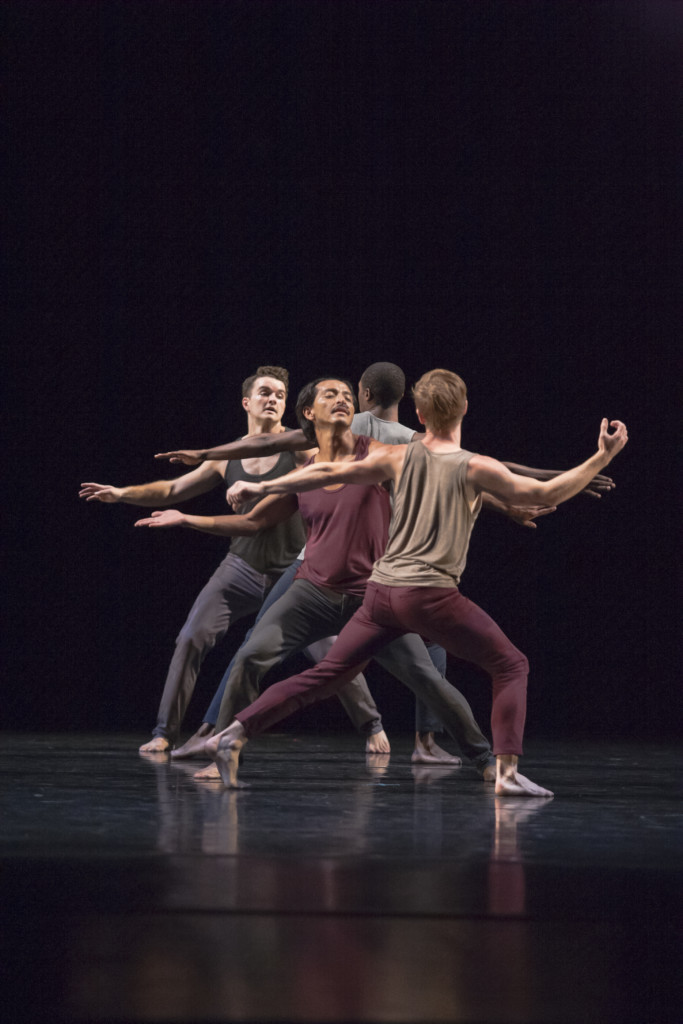 In an interview with The Utah Review, Gotheiner says Dabke responds to “fragmentation — the sense of a world falling apart.” He explains that Dabke shows “how something as simple as a folk dance can carry such a wide complex of cultural references. Really no folk dance is ever that simple.”

And, Dabke introduces Westerners unfamiliar with the culture of Arabs, Israelis and the whole Middle East to a distinction of how a folk dance is so intricately connected to the geography of a particular cultural identity, even more so than a tango, waltz, csardas or even hip-hop or break dance. The work fuses contemporary dance movement vocabulary with the steps and gestures he culled from numerous videos, many amateur offerings posted on platforms such as YouTube.

“My research was not academic but it was exhaustive,” he explains. He watched videos from Beirut and Damascus, as well as other cities and towns in Lebanon and Syria where specific religious and community identities influence the particular stomping movement and rhythms of the dabke and the national character of a particular country. He paid attention to the video’s emotional context and mood. While many might be purely celebratory, others are more pointed as cultural protests or political responses (for example, Palestinians and the issue of Israeli occupation). Many presentations by Palestinians are among the most elaborate in steps and gestures, featuring “spectacular fireworks of footwork and improvisation,” as he explains. 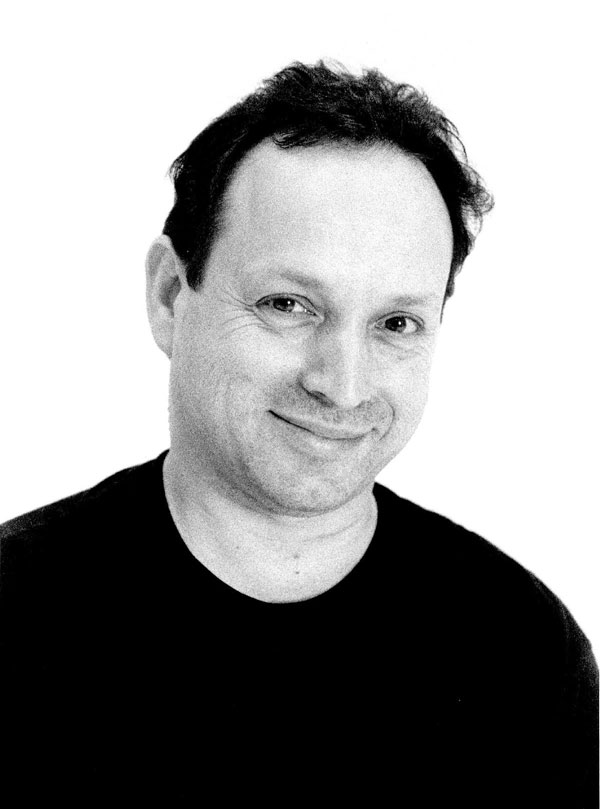 Gotheiner, who raised $4,430 through a Kickstarter campaign in 2011 to bring Dabke to creative life, recruited Scott Killian to compose the accompanying score which features dance rhythms from Lebanon and Syria that are inflected with minimalistic electronic music, including chimes, recorders and sounds of the street. The score also incorporates Syrian songs by Ali Eli Deek. There are moments in the score genuinely suited to bringing clubgoers to the dance floor and forgetting at least momentarily about their differences and thinking that tensions and conflicts could be breached and resolved. The ensemble dance composition includes solos and duets and does not follow a linear narrative. “It overlaps the map of territories in a psychedelic way,” he explains.

Since the work premiered in New York City five years ago, it has been performed extensively, to generally solid reviews. As one reviewer noted,

Dabke has a deeply conceived choreographic structure that gracefully absorbs and builds upon Arabic motifs. The group undulates in out of swirling, calligraphic patterns. There are constant spirals: quick rond de jambes circling the feet in the air, and long indulgent curves, extensions, and kicks of the leg. The dancers frolic through fiery jump sequences while keeping the weighted, grounded feel of the earthy folkdance. 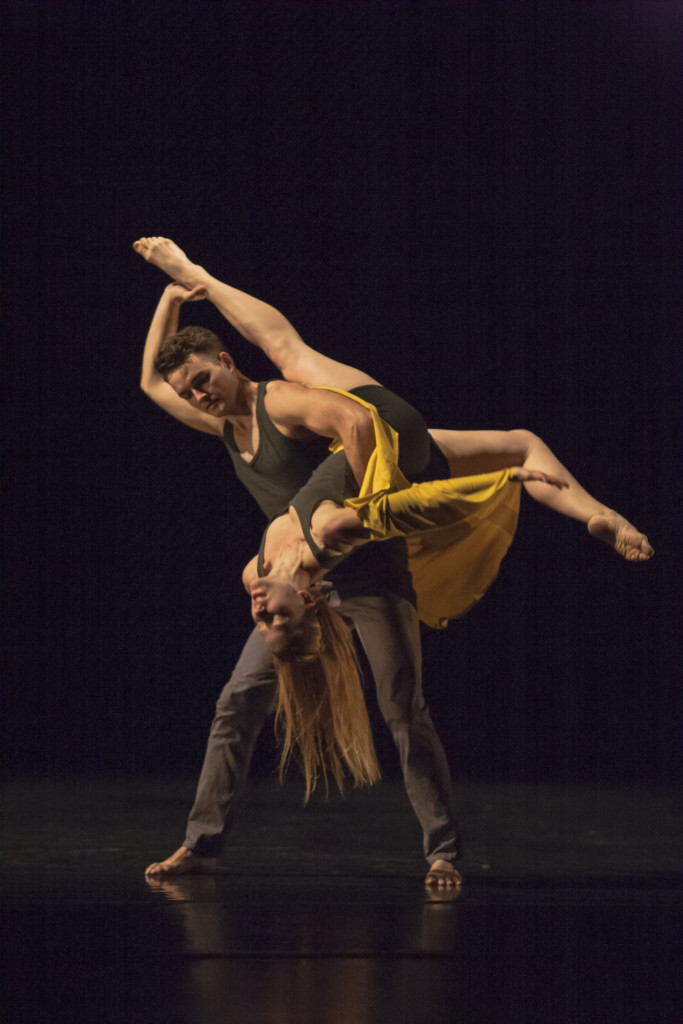 RDT, which performed an excerpt from Dabke during its golden anniversary season, has enjoyed a long creative relationship with Gotheiner, who visited Salt Lake City earlier this month to work with the dancers ahead of next week’s performances. Gotheiner, for example, created Bricks for the company in 2006 to mark its 40th anniversary.

One of the most memorable Gotheiner works in RDT’s repertoire is Chairs, which was given its full-length premiere by the company in 1998. Like Dabke, which has generated some controversy especially by young Palestinians and other Arabs who are skeptical about Gotheiner’s reasons for appropriating such a powerful cultural expression of identity, Chairs, at the time of its premiere, also carried a controversial edge. That work featured two male dancers in a phenomenal display of stamina that starts with the simple premise of sitting in a chair. As Francisco Gella, an RDT dancer, explained in a 2015 interview with The Utah Review, “It was very controversial at the time because there was this small chair, very close boundaries, and two male dancers were in a duet atop this chair,” he recalls, adding that he still remembers watching audience members leave who were uncomfortable with the breach of intimate boundaries between two men. 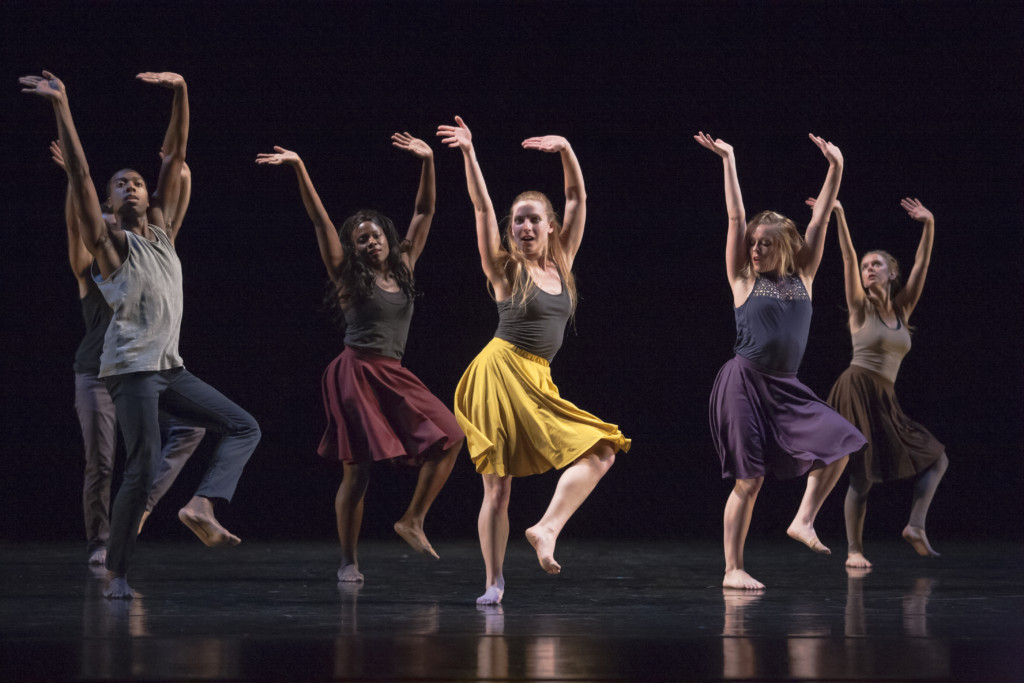 In tandem with RDT’s performance of Dabke, Gotheiner is working on a new project with the company and Utah Dine Bikeyah that will lead to a pair of dance compositions celebrating the Bears Ears National Monument in southeastern Utah. Dancers from RDT and ZviDance will begin work in May and the first of the compositions will be premiered next season on the RDT stage.The project’s working title is Sacred Lands/Sacred Waters.

“I am really fortunate to have this relationship with RDT and such great dancers who come together as a community,” Gotheiner says. “I was born in a kibbutz and I spent my childhood in dirt and I come to Utah amazed at seeing so many magnificent, most profoundly beautiful places that I have seen anywhere.”

Tickets for Dabke, which also is made possible through the Rocky Mountain Power Foundation, are available here.