Still justifiably radiant after a spectacular golden anniversary season, the Repertory Dance Theatre continues the revolution in in modern dance with two premieres – one focusing on the recently developed Gaga movement language and the other on the complicated blurring of the constructed and real body representation in digitized technology – along with two other works just as ground-breaking in how they expand the language of modern dance’s vocabulary.

The premieres are part of the Élan concert, the opening series of RDT’s 51st season. The concert will be performed Sept. 29-Oct. 1 at the Rose Wagner Center for Performing Arts, nightly at 7:30.

The first premiere, Theatre , was created for RDT this summer during an artistic residency featuring Danielle Agami and seven dancers from the ate9 dance company in Los Angeles. The work incorporates the Gaga movement language, a relatively new development that particularly has served the more prominent storytelling aspects of modern dance. In an interview this summer with The Utah Review, Agami explained that Gaga is an egalitarian form of artistic dance expression “because it trains us to be fully effective and efficient in our body movements as we communicate – in essence, talking through our eyes.”

Theatre reflects Agami’s artistic objective in how choreography focuses on the happiness and joy that a new dance composition can bring, especially as dancers become more naturally aware of their own surroundings and performance spaces along with acknowledging in how the emotions and reactions of people in those surroundings become handy sources of inspiration. Agami and ate9, a company that always is creating new work and which is just preparing to mark its fifth anniversary in the extremely competitive artistic landscape of Los Angeles, have received much attention in the international dance community.

RDT also will present another Gaga work that is part of the company’s historic repertoire. Dancers will perform a restaged version of Noa Zuk’s By The Snake (2014), which joyously upends the social and gender conventions of couples dancing with an exhilarating score to boot featuring Israeli folk dance.

The second premiere, Filament, is by Andy Noble, an RDT alumnus who won the opportunity to create a new commission at last winter’s Iron Choreographer competition as part of the company’s Regalia concert and annual fundraiser.

Noble, who danced for RDT from 1998 to 2004, says the impetus for the new work arose from an ongoing artistic collaboration in projects that focus on various aspects of the environment and the concept of liminal dance that tests and flexes at the point where two states of being and expression touch. “In particular, I have been interested in technology and how that can be integrated with dance,” Noble says in an interview. At Sam Houston State University where Noble is on the dance faculty, some students are focusing their studies, practices and performances on integrating media technologies into the dancer’s experience in the areas of dance graphics, sound design for dance, and dance video. Graduate students learn camera, computer and software skills that fortify their ability to expand creative expression, as well as enhance their ability to package and promote themselves as artists in various media. 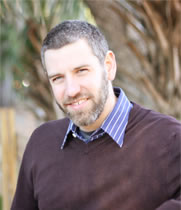 For his new work, Noble has incorporated surfaces (essentially 4’ x 8’ Styrofoam boards) on stage upon which images of the dancers’ various movements are projected onto and the performers react, respond and interact accordingly. Filament is an apt title — suggesting the transience, fragility, and ephemeral pop of the emotional, personal, and intimate responses in our world of communication and relationships. “The projected image alters the movement which becomes something new,” Noble explains. “Adding a layer of technology to the piece shows just how the images fragment and distort the body and this idea of Filament portrays the drama that we experience in the interactions between humans and technology.”

The work opens with a fast-paced section pulsating with a techno music beat and then switches almost immediately to a scene underscored by a quiet operatic-like score. The third section incorporates all of the dancers as they interact in movement that parallels the organic nature of how relationships develop and change as participants begin to distill more clearly the differences between how we present ourselves and how we actually express ourselves emotionally. The music, by Nils Frahm, starts out quietly and then builds in volume and structure throughout this section.

Noble lives in Houston where he and his wife, Dionne, run the NobleMotion Dance Company. Earlier this year, viewers of ABC’s American Crime anthology series saw a four-minute original dance composition in a Feb. 3 episode, which was created by Noble (see The Utah Review for an interview and highlights from an earlier article). He choreographed a work with music created by composer Mark Isham that became a major element in the story line about a male-on-male rape incident.

Closing out the program will be Handsfree, a body-percussion work created by Anna Meredith and David Ogle that has received a lot of attention. More than 140 musicians from Utah Youth Orchestras and Ensembles will be on stage – without their instruments – performing this unique work comprised entirely of claps, snaps, slaps, and beat boxing. RDT performed the work with the students last May, which was the U.S. premiere of the work.

Meredith and Ogle created the work for the U.K.’s National Youth Symphony which premiered the work at a 2012 BBC Proms concert in Liverpool that received a standing ovation. The Guardian’s Tim Ashley wrote that Handsfree is, “a piece for orchestral players but with no instruments [that] sounds like a perplexing contradiction in terms. Pitched somewhere between classical and performance art, it’s essentially a work about body percussion, fantastically planned and choreographed. It’s a tour de force for the NYO, who performed it from memory and were greeted with a standing ovation, richly deserved.

For more information about the concert and tickets, see here.