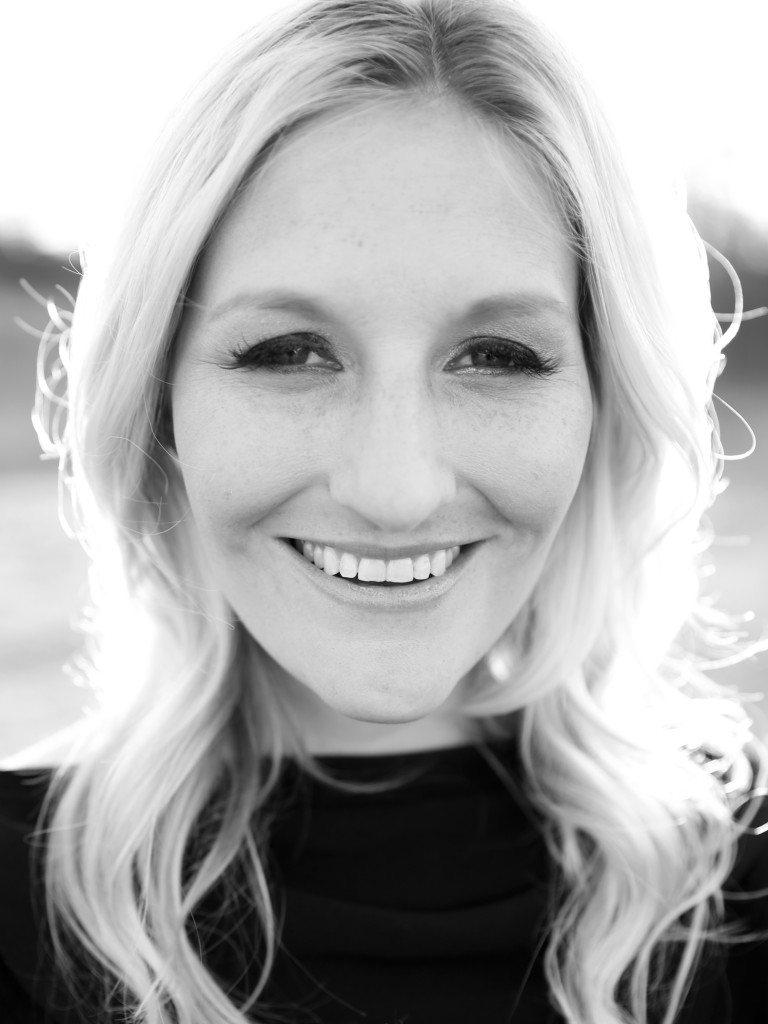 For urban dwellers the thought of birds can sometimes conjure unpleasant associations with pigeons and seagulls using cars and humans as public restrooms or other feathered friends sounding early morning wake-up calls long before sunrise. But these misguided city folk have got it all wrong. Birds aren’t intruding on our environment—quite the opposite! One visit to Salt Lake City’s Tracy Aviary goes a long way towards reversing negative perceptions of this warm-blooded species.

Founded in 1938 by Calvin D. Wilson, Tracy Aviary started strong, hit a lengthy rough patch of poor management and general neglect in the late 70s, regained its footing in the early 90s thanks largely to Friends of the Tracy Aviary, and in 2005 began a series of massive renovation projects to expand and improve a once-overlooked gem. On the horizon—a new exhibit space and proposed building set to replace a long-unused swimming pool. The venue is also hosting more events to reawaken residents to Liberty Park’s hidden gem, including a summer concert series in collaboration with fellow nonprofit community partner, 90.9 KRCL.

On Sunday, June 8, local artists The Souvenirs and Sarah Sample will co-headline Singing With the Birds, the first of several performances scheduled to take place the second Sunday of every month at the Aviary through September.

Earlier this week Sample struggled to find her voice—literally. The Utah-based folk musician came down with a nasty bout of laryngitis, her second run-in with the virus. The first time it happened she was on tour in Alaska and booked to play in a smoke-filled bar. 45 minutes of hoarse singing and she called it quits. “I had a big theater show the next night and they had to cancel the show. I sat at the entrance and passed out free CDs silently because I felt so awful,” she says.

Sample’s recent illness threatened to curtail a longstanding dream of playing the Kerrville Folk Festival Main Stage. Tempted to throw in the towel, she texted her good friend, fellow artist Paul Jacobsen, for a pep talk. His advice? “You have to decide whether this is a nightmare or still a variation on the dream.” So she had a good cry in the hotel, guzzled water and throat coat, popped a Ricola, and showed up Saturday night for a 50-minute set. She had to modify every single melody that contained high notes but the show went on, the dream was lived, and a whole new audience experienced material from her new duet album with Chicago’s Edie Carey. 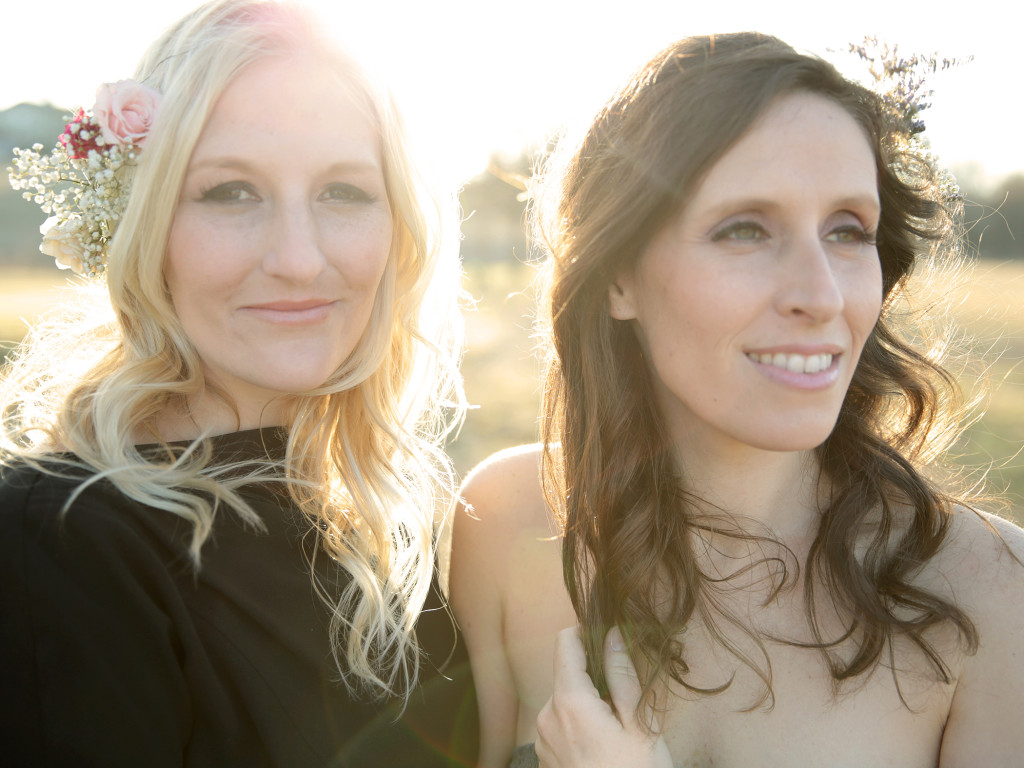 Sample and Carey teamed up last winter to record music that reflected their respective relationships with motherhood. Sample, who has two daughters, realized that being a parent changed the way she approached songwriting. “I just did not find time to sit and write songs in a quiet room like I had before. I found that melodies and song ideas started coming to the surface while I was rocking my babies to sleep,” she says. “I am sure that I will continue to write songs and release albums in the future that are not lullabies, but these songs literally started falling into my lap and I wanted to honor that space and the new life phase I was living in.”

Carey’s contributions to the album followed her two-year struggle with infertility and a near-fatal experience while on tour in 2010. After a successful round of IVF she gave birth to a son in 2012.

“Our partnership seemed to honor parenthood, but also acknowledge the struggle of infertility and the sometimes circuitous route it can take to become parents,” Sample says, adding that a portion of the duo’s album proceeds will benefit RESOLVE: The National Infertility Association. She’s quick to point out, however, that Til The Morning: Lullabies & Songs of Comfort has broad appeal. “It was important for Edie and I to make a record that anyone could listen to and enjoy. The songs were chosen and produced in a way that would make them appeal to everyone, not just children or parents.”

Sample and Carey resourced the funds for their album on Kickstarter, raising over $25,000 to support the making of the record. Since then, they’ve pre-sold additional copies of the album which sees its official release on June 24. “We’ve gotten an amazing response so far. At some level when you make an album you have to believe in it regardless what side the reviews come in on. It has been really nice that most people seem genuinely as excited about it a we are,” she says. Even her kids are on board, though Mom still comes in second to one daughter’s pop icon. “She told me last week that she loves my voice but her favorite is still Taylor Swift.”

Sample’s children will be at the Aviary on Sunday and families are encouraged to bring the whole gang to the show. Audience members can also pack in a picnic and blanket to make a day of it. Sample will be accompanied by guitarist Dylan Schorer and will give listeners a preview of Lullabies’ original tracks and covers of such artists as Billy Bragg and Wilco.

As for the birds, Sample is a fan—especially the Peregrine falcon, which can fly up to speeds of 200 MPH. “Are you kidding me?? I might have to write a song about them. My falcon compilation will be due out next Spring,” she says with a wink.

All jokes aside, these birds are definitely worth singing about.

Singing With the Birds: Second Sunday Music Series kicks off June 8th with The Souvenirs and Sarah Sample. The concert is free with admission to the Tracy Aviary. KRCL members get 2 for 1 with their KRCL member card. The series continues the second Sunday of every month through Sept. Noon – 2 with a bird show at 1. Guests are encouraged to bring a blanket and a picnic.

Sarah Sample and Edie Carey will release Til The Morning: Lullabies & Songs of Comfort with an official CD release Friday, July 18 at the Fort Douglas Post Theater. Album, full tour dates, and show tickets for available at SarahSample.com

A fine ode to motherhood and theatre in world premiere performance at Pygmalion Theatre Company of Julie Jensen’s Mother, Mother: The Many Mothers of...

A fine ode to motherhood and theatre in world premiere performance...