Perseverance is one of Spy Hop Productions’ most cherished values and the students needed a bigger dose than normal to get the four films ready for this week’s 13th annual premiere of PitchNic Films. Dealing with illness and college responsibilities, constructing scenes to meet artistic challenges, dealing with shooting snafus and some equipment accidents, and recording and editing original music at the last possible moments were among the issues students and their PitchNic mentors, Josh Samson and Shannalee Otanez, resolved during the last 13 months.

However, the new quartet of films represents some of the gutsiest work and most far-reaching artistic vision in a program that has seen nearly 95 percent of the total films produced in the previous dozen years go on to screen at film festivals nationally and internationally. The films – ranging in length from 10 to 19 minutes – will premiere on Nov. 5 at 7:30 p.m. in the Jeanne Wagner Theatre at the Rose Wagner Center for Performing Arts in downtown Salt Lake City.

The pair of fictional narratives are especially promising with a touching sense of maturity and irony, rounded out by the different creative and intellectual passions of their filmmakers. Both are intense in mature realism for different reasons. One looks at the profound challenges a man faces after spending more than three decades in prison for a crime he did not commit. Now in his 50s, the man seems lost in his freedom, trying to make sense of a world where working and communicating are entirely different from what he saw in the streets as a teen. The other is a story made by fans of classic films about a pair of a students who watch a 1940s film and the romantic allure of a bygone Hollywood era.

The two documentaries parallel their fictional counterparts in mature, sobering treatments. Made by students who are passionate about social justice, one film examines disparities in the way teens are treated in juvenile justice systems that occur because of economic disadvantages and inequalities. The other is about an ultra-marathon runner and the inspiration and love that goes with running 100 miles in an event. 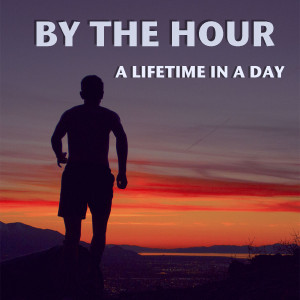 The films mostly feature original music composed either by the filmmakers or a fellow student at Spy Hop. One of the films will feature music from a Hong Kong composer the students found online during their research and who has graciously agreed to let the students feature his music in their film.

Eleven students made the four films this year. “We had a lot of diversity this year as each student seemed to bring in a different perspective,” Otanez, who supervises the students making documentaries, explains. “They also looked back at themselves, their peers and their own behaviors and wondered how and why entitlement and privilege do matter and how they should be aware of it. They really took to heart the power of documentaries for change and how they can inspire others to think a little bit deeper about the topics they dealt with in their films.” 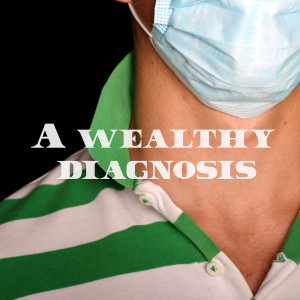 Samson, who has gained a solid reputation for helping students and his Spy Hop colleagues make the seemingly impossible or unimaginable work regardless of circumstances, says the students making the fictional narratives never looked back this year despite problems ranging from technical challenges, issues and accidents to one project where there was only one filmmaker available most of the time. Thus, the films will look believable from assembling a hardwood floor in one instance to purchasing a $500 toilet from eBay to make a jail cell scene as realistic as possible. “The students really showed as much poise and foresight as I have seen during my six years as a PitchNic mentor,” Samson adds.

The following include brief descriptions of each film along with the trailer:

On the Outside (Celina Crane and Christian Quinonez)

With a passion for forensics and for the work of the Rocky Mountain Innocence Project, Quinonez wrote the screenplay about Doug, a 50-year-old man who is being released after spending 32 years in prison for a murder and sexual assault he didn’t commit. However, the exonerated man is finding life difficult on the outside, going to job fairs where prospective employers are unwilling to hire and train him. Crane and Quinonez do not sugarcoat the story, which is filled with a realistic, even ironical sense, of despair and frustration.

Although it’s a fictional narrative, Quinonez says the story is based on extensive background research. The RMIC, which was established 15 years ago to prove the innocence of those wrongly convicted in Utah, Nevada and Wyoming, has secured the release of four individuals in a process of painstaking investigation and process. Among them is Debra Brown, who was convicted in 1995 for murdering her friend and employer in his Logan, Utah home. In 2011, she was released from prison and the Utah Supreme Court upheld the findings of her innocence two years later and Brown was finally able to move ahead with her life. Today, she runs a café in northern Idaho.

“I hope people think about the larger problem,” Quinonez says. “The struggles outside of prison are just as difficult, especially when race and racism enter into the picture.”

The filmmakers did not shy away from enterprising research for their film which starts out with discussing whether or not ‘affluenza’ has serious merits as a real psychological and behavioral issue but then expanding quickly into a compact yet highly detailed look at the impact of economic inequalities and disparities when it comes to young people going through the local juvenile justice system.

The film opens with the actual scanner radio audio from the incident involving the Fort Worth, Texas teen Ethan Couch who stole beer from a local Walmart with some friends before embarking on a joyride through Burleson that killed four people and paralyzed another teen. In a case that gained national attention, Couch, 16 at the time and who comes from a wealthy family, could have faced up to 20 years in prison but ended up receiving 10 years of probation and an undisclosed amount of time at a rehabilitation facility. The same judge earlier, however, had sentenced an African American teen, whose family came from economically disadvantaged backgrounds, to 10 years to prison for the death of a man who suffered injuries during a fight.

The filmmakers, in interviews with administrators, lawyers and sociologists, ask several important questions about why is there such disproportionate treatment of juveniles on the basis of economic means, not to mention the equally present issues of race and ethnicity. In Utah’s juvenile justice system, according to a 2012 study by University of Utah researchers, more than 94 percent of crimes committed are misdemeanors and almost all of the individual could qualify for diversion in which their cases would be closed without a court appearance. However, there are distinct disparities for some young Utahns who are black, Latino, Polynesian or Native American who are more likely to appear in juvenile court than others, especially those coming from families with more solid economic means.

The students believe their film should strengthen awareness about delving deeper into the statistics to see why disparities are occurring, especially among young people who are coming from some of the city’s most concentrated neighborhoods of low income and poverty – representing those who are less likely to be recommended for diversion than their peers from higher income areas of the city and county.

For the first time in PitchNic’s history, the students decided to include an original film within a film, about a pair of film studies students who watch a 1940s film noire story and how one of them falls in love with the actress and decides to find her, even while knowing that she is surely an elderly woman by now. It is a different type of road trip film, featuring a good deal of back-and-forth tension between the dreamer and his realist companion, who scoffs at his friend’s lofty expectations.

The filmmakers decided to make a short film with an older generation camera that features the woman (as a young actress) in the closing scene of a murder mystery. The scene looks precisely as it would have 70-odd years ago. As for the film’s storyline, Paulsen says the theme represents a longer journey about connections and love, which can take on many different definitions. The epiphanies associated with relativity have their unique impact upon each of the major characters.

By the Hour (Sophie Turok, Isa Card and Thomas Garbett)

Why do people run 100 miles? Or, as the filmmakers ask, why do people do anything? This documentary focuses on a Utah man in his 30s who decides to prepare for his first 100-mile race. As in other states, ultra-running marathons have become popular in Utah and the filmmakers explore the endurance event from the perspective of being a sincere labor of love for running. In following the preparation and from every point of the marathon event, the filmmakers seek to capture the moments of discomfort, hesitation, doubt and worry and how individuals transform them into moments of personal satisfaction and accomplishment. Amid the rigorous and vigorous mental capacity needed to sustain oneself during such an event, there is an evident lure and appreciation for this feat of athleticism and physical endurance. Spirited and hopeful as ever, the filmmakers underscore their documentary with the larger, general and more significant sense of personal empowerment. After completing a 100-mile run, one has the feeling that there are no barriers to accomplishing anything else in the world.

Tickets for the premiere are $8 and are available here.