This year’s student filmmakers in Spy Hop Productions’ PitchNic program quickly mastered the art of pitching compelling story ideas for their projects. Inspired by her background in dance and an interest in physical therapy and kinesiology, Mary Nejatifar pitched the idea of following three older adults with Parkinson’s disease who participate in a new program of dance therapy. Brighton Ziegler, moved by the experiences of a sibling coping with ADHD (Attention Deficit Hyperactivity Disorder), pitched a fictional short about a young woman who uses her artistic talents to cope with her disability.

Focused on Utah’s air quality issues, Logan Rosson, a freshman biomedical engineering student at the University of Utah, pitched a short documentary project that packs in the challenges and often contradicting opinions of all of the stakeholders involved in finding ways to alleviate the serious impact of winter inversions. Katie Beacom, who has witnessed the apprehensions, doubts and emotional challenges of friends and loved ones who are preparing for their Mormon missions, pitched a narrative short that suggests a complex tableau of precisely what she has witnessed in her own community of friends and loved ones.

Students in PitchNic know they have a high bar of quality to vault, especially as they watch the previous year’s class prepare the premieres of their work. More than 90 percent of the films in the program’s previous 13 years have gone on to screen at film festivals nationally and internationally. Both documentaries from last year – By The Hour and A Wealthy Diagnosis – screened this month at the International Family Film Festival in Los Angeles. By The Hour has appeared in four festivals including the Utah Arts Festival’s internationally known Fear No Film program. 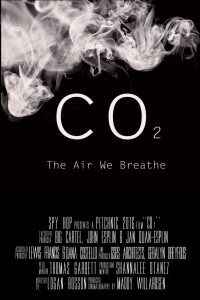 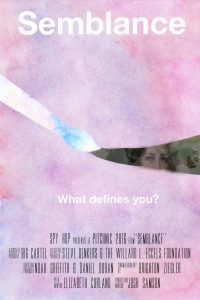 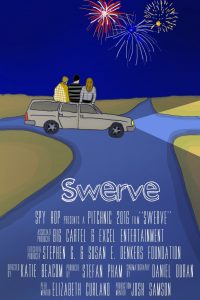 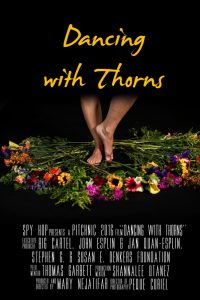 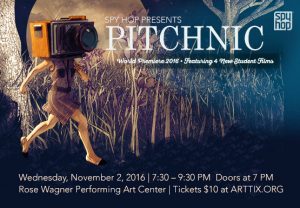 The four latest short films – the 14th annual PitchNic offering – will be premiered Nov. 2 at 7:30 p.m. in the Jeanne Wagner Theatre of the Rose Wagner Center for Performing Arts. Each film runs 20 minutes or less.

This year’s class of ten students is among the smallest in the program’s history but Josh Samson, the fiction mentor, and Shannalee Otanez, documentary mentor, say they were impressed by how well the students collaborated so closely to complete all four films. In fact, Daniel Duran is the first student in the program’s history to hold top-level credits in two of this year’s films.

“This year’s group developed closed friendships early on and it shows in their work,” Samson says. Otanez adds that the “students brought an interesting mix of experiences, as a couple came from our Reel Stories program where they made short five-minute documentary films. Others came from our Loud and Clear Youth Radio program and they didn’t know how to make a movie at the start. But our students who care deeply about their world already knew how to tell a good story.”

The following summarizes each of the four new films:

CO2(Logan Rosson and Maddy Willardsen) manages to cover virtually all of the major bases of Utah’s troubled air quality, particularly as it is manifested every year by the persistent inversions that affect the valleys of Utah’s largest metropolitan areas. Rosson and Willardsen weave a counterpoint of interview clips that represent every major spectrum point on the issue – government, business, utility, health and community advocates.

The students began working on the film in the midst of last winter’s inversions which were among the worst in the Salt Lake City-Provo-Orem corridor as well as Logan. On a weekday last February, Utah Division of Air Quality’s monitors reported PM 2.5 concentrations as high as 70 micrograms of particles per cubic meter of air in the Salt Lake valley – more than double the upper acceptable threshold for health-based air standards. In the annual State of the Air report by the American Lung Association, Salt Lake City was ranked the sixth worst out of 186 metropolitan areas for 24-hour particle pollution while Los Angeles registered its best readings ever for air quality (even as there is significant room for improvement).

The film incorporates a comprehensive depth of perspective that is not possible in those familiar nightly news reports lasting between 45 seconds and two or three minutes of airtime. Viewers not only will see interviewed subjects who do not see the issue as seriously urgent as some physicians and prominent public health advocates claim, they also will learn that some even refused to be interviewed or only did so flanked by a buffer of spokespersons tasked with controlling the narrative as they would prefer.

Dancing With Thorns(Mary Nejatifar, director, and Peque Curiel, cinematographer and editor) is a refreshing, uplifting documentary on an issue by young filmmakers that often is far removed from their daily lives. Echoing beautifully the film’s title, Nejatifar and Curiel explore how the alternative therapy of modern dance movement is helping three adults – ranging in ages from their 50s to 60s – who are living with Parkinson’s disease.

The class is part of a program – Grey Matters: Stretching the Mind, the Body and the Soul through Dance – started in early 2015 by the University of Utah’s departments of modern dance and physical therapy. The program, which also includes participants performing in a public recital,is supported by the Lowell Bennion Community Service Center, the 10th East Senior Center and private donors.

Nejatifar, a Salt Lake Community College student who hopes to combine her love of dance with a physical therapy career that encourages these alternative options, says the film aims at changing the point of view by eliminating the stigma associated with Parkinson’s and how patients are being empowered to renew the enjoyment of their bodies, movement and self-esteem. For Curiel, an architectural design student at Salt Lake Community College, he says the film opens up the view of how the creative process can unfold, especially as they followed the three subjects from week to week and documented their progress.

Semblance(Noah Griffith co-producer and director; Daniel Duran, co-producer and co-director, and Brighton Ziegler, cinematographer) is a personal story that not only echoes a growing body of research examining the behavioral impacts of ADHD and creativity but also the idea of how labelling people according to their abilities, talents and disabilities can be limiting both in identity and creative possibilities. Ziegler, who is a triplet with a brother and sister, conceived the story idea, as he watched his sister cope both on and off medication for ADHD.

The film features three characters: Evelyn who is struggling with ADHD but also finds her creative talents for art especially when she is not taking her medication. Yet, she hesitates to let others know about her artistic gift but slowly agrees to with the encouragement of her mother and her best friend.

As with the documentary Dancing With Thorns, the filmmakers in Semblance are following good instincts about how creativity becomes a strategic therapy for imagining life’s potential amidst physiological challenges. Scott Barry Kaufman, scientific director of The Imagination Institute and a researcher in the University of Pennsylvania’s Positive Psychology Center, has examined ADHD along with other disorders in his book Ungifted: Intelligence Redefined. He says that labels – whether they identify a person as having a learning disability or as gifted and talented – serve little positive purpose. And, as Evelyn discovers, she can easily transcend limited expectations with a significant splash of color.

Swerve(Katie Beacom, director; Stefan Pham, producer, and Daniel Duran, cinematographer) is a coming-of-age story of unquestionably realistic fiction. Weeks before a young woman is scheduled to leave on her Mormon mission, she goes on a trip with a young man she dated and his friend, who has his own personal conflicts. The trip sets the ground for the woman who wonders if this is the right time to go on a mission when she questions the sincerity of her faith based on what she observes with her friends, family and community.

Beacom says the characters in the film are composites of many people she has known and the story is shaped as an open-ended exploration of an individual who determines her own identity of faith and how love and family should fit in that picture. The film also explores the stigma of perfectionism. As the young woman realizes that even her own family fails to live up to idealized expectations, she wonders if it’s possible to avoid being shamed or castigated should she decide not to go on her mission. Two years ago, a PitchNic student team made Return With Honor, a documentary about Mormon missionaries who left their missions early because of mental health issues including social anxiety disorder and panic attacks. This year’s film is different as the main character deals with the stigmatizing tensions in the weeks leading up to her departure.

Tickets are $10 and are available here.