“A surgeon’s intellect is inversely proportional to the length of the incision.” – Albert Einstein

Forgoing the traditional medical training model of “see one, do one, teach one,” and instead using video game exercises in a “Top Gun” interactive format, some two dozen surgeons from an international conference volunteered to help 100 Utah high school students practice the skills used to train surgeons in laparoscopy and other minimally invasive procedures.

The mini medical school boot camp was part of the closing day activities at the annual meeting of The Society of American Gastrointestional and Endoscopic Surgeons (SAGES) held last week in Salt Lake City.

The game format is particularly well suited to a generation of Millennials, many of whom have mastered the graphical user interfaces common in many video games. And, as Dr. Raymond Price, director of graduate surgical education at the Intermountain Healthcare Center, explained, prospective surgeons must prove their skills at videoendoscopic surgical tasks in order to pass their medical board exams.

Many of the high school students made it look effortless. In Super Monkey Ball, one student expertly navigated a dynamic undulating course, picking up seven bananas in just 39 seconds. Students quickly moved beans from a designated spot into a container with a tiny opening using a laparoscopic grasper in the nondominant hand. In another, students moved six objects from one side of pegs to another, switching instruments from dominant to nondominant hands. All of the exercises demonstrated how nondominant hand dexterity, two-handed choreography, two-dimensional depth perception compensation, and targeting comprise the essential skill set for a laparoscopic specialist.

The medical school camp serves several significant objectives for SAGES, according to Dr. Price. “How can we give back to the community is an important goal,” he says, adding that students get a direct look at how technology can lead to public health care that is as affordable and as accessible as it is effective. In addition, the camp provides a good opportunity to inspire and motivate students, as the nation is facing a critical shortage in qualified physicians and surgeons, a gap estimated to be as much as 85,000.

Studied over the last two decades, the video game environment has proven to help surgeons master quickly and effectively a learning curve with advances in medical technology that have made laparoscopy and other minimally invasive procedures the gold standard for many types of surgeries. It also has helped to mitigate the occurrence of medical errors, always a critical performance goal.

Chairing the event with Dr. Price was Dr. James “Butch” Rosser, a general surgeon at Florida Hospital Celebration Health, who led a widely cited seminal study outlining the training impact of the Top Gun Interactive Experience. The 2007 study demonstrated video game skills not only increased speed but also decreased errors. In developing the mini medical school format for students who are seriously considering a career in medicine, Rosser, Price and others found that video game skills likely can predict one capacity to meet the essential performance levels of laparoscopic skills and suturing needed.

There also is a strong humanitarian component in this event. Dr. Price was part of a team that went to Mongolia, where many live in rural areas and nearly half of the population is nomadic, to train physicians in the use of laparoscopy. The results were dramatic, as the use of laparoscopy went from just three percent of potential cases eligible for the procedure in the country to 80 percent within a decade. In addition, the same types of video games and coordination exercises introduced to the Utah students have been used to train physicians in Haiti, Ethiopia, Nigeria, and other countries. Utah’s bioWorld program, with the involvement of The University of Utah, has brought students and experts together to address and coordinate the business, medical, and cultural needs in delivering quality health care to remote and rural areas. One aim is to reduce the costs for laparoscopy so that it will become readily affordable for universal access.

The camp, offered by SAGES for the fourth year in a row, brought a record number of applicants (164) for the 100 open slots. Students came from all over the state and surgeons volunteered from the University of Utah, Intermountain Healthcare Center, Salt Lake Regional Hospital, Pioneer Valley Hospital, and St. Mark’s Hospital.

Naveen Rathi, a senior at Hillcrest High School who is planning to pursue his pre-med studies at The University of Utah, said exercises like the surgeon’s knot and instrument tie looked easy at first but the finger motions for both had to be carefully choreographed. The students moved from each of the five hands-on stations every seven minutes. They were allowed to practice the skill several times before they were timed. Rathi, who is thinking about becoming a cardiothoracic surgeon, said the camp was a valuable experience. “We always hear about grades, tests, and what we need to get into medical school but this was great to learn what I actually will be doing when I’m in medical school.”

Dr. L. Michael Brunt of the Washington University Medical School in St. Louis, who is the new SAGES president, said his colleagues are focused on challenging and stimulating students to think about going into medicine, especially if the nation hopes to make up for the current shortfall in physicians and surgeons. Dr. Brunt is encouraged by what he sees in medical school applications. “I am really impressed by the emphasis students have in reaching out to their communities and considering the value of humanitarian work in medicine,” he adds. 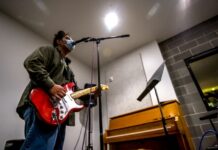 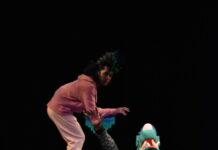