Three solidly engrossing documentaries – about the mask of masculinity, an elderly couple’s incredible gift of a large collection of contemporary art and the dynasties of two of America’s most famous musical families – will round out the October schedule of free, public screenings by the Utah Film Center.

The Mask You Live In (Jennifer Siebel Newsom, 2015) 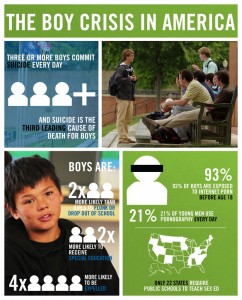 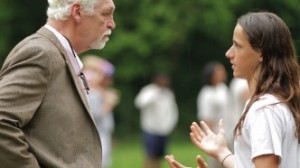 A selection at this year’s Sundance Film Festival, the film is a well-paced yet thorough exploration of the stereotypes of masculinity boys in all segments of American society face, cope with, and try to resist and overcome. This is the proper follow-up to Newsom’s 2011 film Miss Representation, which critically examined media images reinforcing the under-representation of women in positions of power and influence. Newsom has a strong ability to weave research into her work without letting it distract or confound the pace of the documentary narrative. In her latest work, she synthesizes perspectives from both experts – neuroscientists, psychologists, sociologists, teachers, media critics and athletic coaches – and from boys and men. That said, she also ensures the film does not settle into a parochial frame only pertinent to boys, men, or their respective teachers, coaches or mentors.

Among the interviews featured is with Joe Ehrmann, a former professional football athlete who played with the Baltimore Colts and the Detroit Lions in the 1970s and 1980s. The founder of the Coach For America foundation, Ehrmann makes it clear that defining masculinity as displays of physical strength, sexual conquest and career success always will be more hurtful than helpful to boys who need mentors to help them find the confidence and courage to connect their hearts to their minds.

Newsom, who also was executive producer of The Invisible War and The Hunting Ground documentaries, launched The Representation Project, a nonprofit organization that uses film and media as an outlet to engage audiences in transforming the cultural perceptions about social images and identity in many aspects. Geralyn Dreyfous, a founder of the Utah Film Center, and Maria Shriver are among the executive producers for this film.

The film will be screened Oct. 20 at 7 p.m. in the City Library auditorium as part of the center’s Film Without Borders series.

There recently has been a steady stream of excellent documentaries about the roots of American music, which are doing great service to preserving the history of its development, and Beth Harrington’s The Winding Stream joins the canon with justified merit. 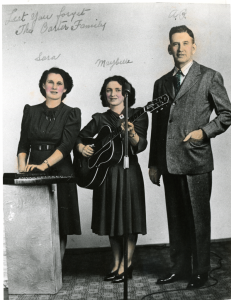 Harrington turns the focus on two families – the Carters and the Cashes – who represent the dynasties of country music, going back to the time when the genre was more familiarly referenced as “old time music.” Four generations of the families are chronicled, starting with the original group of musicians from the Carter family (A.P., Sara and Maybelle), and then later to the Carter Sisters and Mother Maybelle, the marriage of Johnny Cash and June Carter, and today’s generation of family members who are making their own mark on the music. While a 1985 documentary had traced some of the musical lineage of the Carters, Harrington’s film is definitive and comprehensive in every respect, which includes interviews recorded with Cash and key Carter family members before they died.

The history is surprising and fascinating, starting with Maces Spring, Virginia, nestled in the Appalachian foothills, where the original family members made recordings on the Victor label and then were part of the Border Radio broadcast network, giving the family an unprecedentedly far-reaching platform to share their music. This aspect is especially enlightening as border blaster transmitters stationed along the northern Mexico border permitted ‘outlaw’ broadcasters, out of reach from U.S. regulation, to stream programming deep into the United States and beyond. The transmitting signals were so strong that people could even pick up programming on bedsprings, barbed wires or a simple contraption made of tin cans and wire. 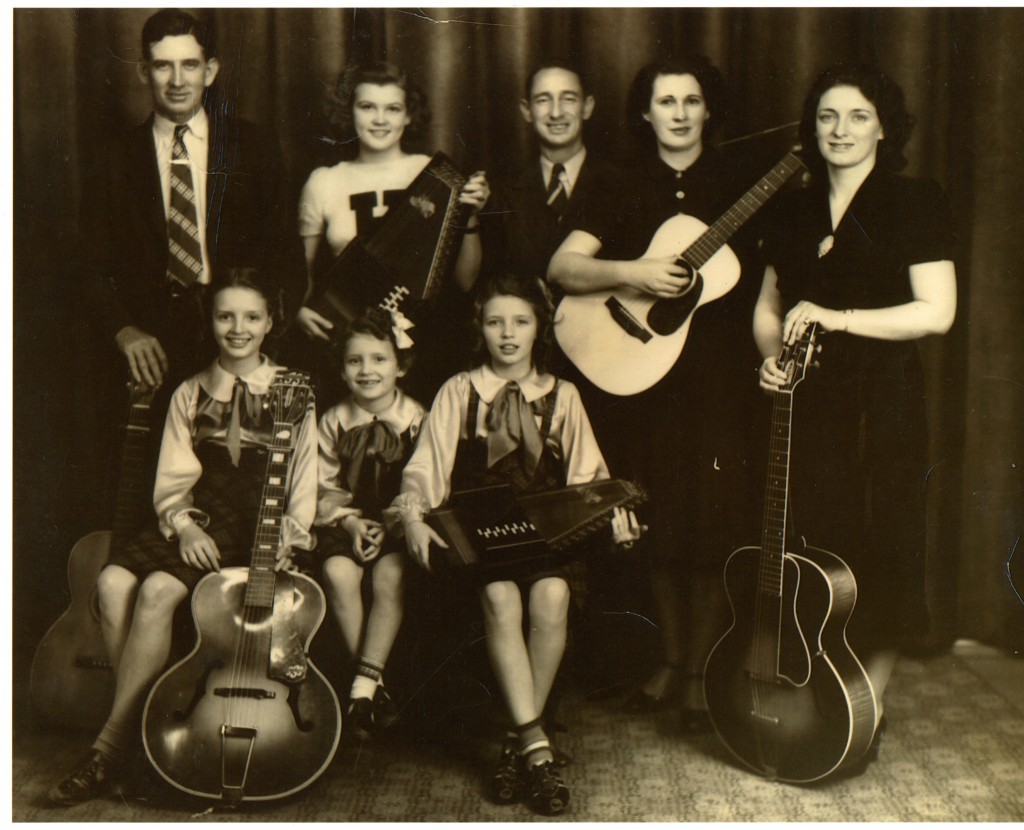 Another important figure was Maybelle, who was the sister of Sara (a singer whose voice gave a suitably dark quality to some of their original ballads) and sister-in-law to A.P. (who had a knack for identifying and collecting songs from the hills in the style of Alan Lomax). Undoubtedly a trailblazer both in music and in promoting the visibility of women in the music industry, Maybelle Carter demonstrated how the guitar could be the lead instrument in a band. She was credited with inventing The Carter Scratch technique for guitar, which many musicians today still struggle to perfect. She would keep the rhythmic pulse going on the treble strings going while playing the melodies and harmonies on the bass strings, using her thumb.

Despite periods of success, the Carter Family musicians struggled periodically with obscurity, which also coincided with family problems and marital breakups. In many respects, when Cash met June Carter and fell in love, the legacy from that point was assured of its longevity. One of the most memorable lines from Cash’s interviews is when Cash, an artist recording under the Sun Records label, met Mother Maybelle and her girls, the Carter Sisters, for the first time and told the young June that “I’m gonna marry you someday.”

The film is rich in fresh detail and insights. An earlier film by Harringon, Welcome to the Club – The Women of Rockabilly earned a 2003 Grammy nomination and has been seen on public television and at film festivals in the U.S. and around the globe.

The film will screen Oct. 27 at 7 p.m. in the City Library auditorium as part of the center’s Film Without Borders series. 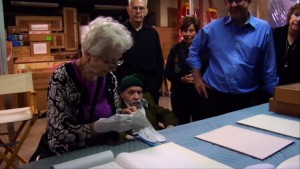 The story of Herb and Dorothy Vogel, a retired couple in New York City who became perhaps two of the most important patrons for minimalist and conceptual art in the United States, first came to the screen in a 2008 award-winning documentary Herb and Dorothy by Megumi Sasaki, that incidentally was screened in Salt Lake City in 2011 by the Utah Film Center.

Sasaki began work in 2008 on the second film about six months after completing the first, this time with the intention of focusing on the national gift program they launched with the National Gallery of Arts, the National Endowment for the Arts (NEA) and the Institute of Museum and Library Services (IMLS).

Sasaki understood the formidable challenges of doing a sequel. The Vogel story had become a familiar one to readers and viewers across the United States. Herb was a retired postal worker and Dorothy was a retired librarian, and many learned about how they leveraged their incomes and pensions to build up steadily a collection of contemporary art that ultimately would end up as nearly 5,000 pieces of original work representing the work of 177 artists integral to the development of the minimalist and conceptualist movements.

Indeed, the collection was so immense that Ruth Fine, the National Gallery’s former curator of special projects in modern art, suggested a program in which a museum in each of the 50 states would receive a permanent gift of 50 works of art from the collection. The Vogels were directly involved in the process of launching the gift program, down to selecting which museums would be beneficiaries (In Utah, the Nora Eccles Harrison Museum at Utah State University in Logan received the state’s share of the Vogel collection). Thus, Sasaki wanted to avoid making the film as a road trip, showing how each museum was dealing with a gift that might otherwise not have been possible to occur without the traditional fundraising.

Sasaki’s sequel is an intriguing exploration about art and how people respond to work that challenges their conventional aesthetics. In fact, as she indicates in her director’s statement, she had not seen directly the massive extent of the Vogel collection when she worked on the first film. She writes, “I felt as though I had been documenting a famous actor behind-the-scenes for four years without ever having seen him act onstage.” That sentiment is appropriately and deftly handled in the sequel.

And, the newer film reveals a lot more about the Vogels. With the footage encompassing primarily the years of 2010 through 2012, we see Herb, in his late 80s, dealing with the infirmities incidental to age but still sharp as ever about art. He speaks rarely but when he does, his words reflect an astute listener who demonstrates what a prescient, perceptive eye he had for purchasing the art that they did. Dorothy, some 10 years younger, is devoted to her husband and one can readily appreciate the many decades of intellectual companionship they shared. The audience also learns that Herb had reservations, as did some of the artists whose work is represented in the collection, about going ahead with the 50×50 gift program. While Dorothy immediately saw the program as the best way of giving the art to the people of the United States (as gratitude for their years of service as public employees), Herb initially preferred to keeping the collection intact at the National Gallery of Art. However, he did eventually come around to the idea.

Herb died in 2012 before the film was completed and Sasaski admits that his death made an impact not only on the project but also upon her emotionally. As she suggests, “Herb’s passing was not completely unexpected, but I was too affected emotionally to function as a director. My initial intention was to leave the theme of the film as is, the film’s direction unchanged. However, then the unexpected happened. At Herb’s funeral, it was announced that Dorothy will be closing the collection and will no longer be accepting artworks.”

The sequel is as solid as the first film, which has won numerous awards and has been screened around the world. She raised the majority of the film’s funds by crowdsourcing in the U.S. and Japan, and receiving $220,000 from nearly 2,000 supporters around the world.

The film will be screened Oct. 28 at 7 p.m. in the auditorium of the Utah Museum of Fine Arts on the University of Utah campus as part of the Creativity in Focus series.