Every documentary filmmaker inevitably struggles with the question: Do we have a story here? Five years ago, when Holly Tuckett and Kendall Wilcox assembled a creative team that included other Utah filmmakers to document Utah’s same-sex marriage case, there were many uncertainties.

The prospect of three couples, the small firm of Magleby and Greenwood and an independent activist who only recently had established the grassroots Restore Our Humanity organization winning a major court decision that would overturn the state’s ban on same-sex marriage was seen as daunting. And, then when the U.S. District Court ruling in December 2013 in Kitchen v. Herbert surprised and shocked many, there was a sense that the story would culminate in a U.S. Supreme Court case. Less than a year afterward, the Tenth U.S. Circuit Court of Appeals in Denver upheld the original ruling and subsequently the nation’s highest court let stand the decision without further deliberation.

In an interview with The Utah Review, Tuckett says, “the story’s not going anywhere,” adding that they decided to let the footage sit for a while. The urgency of momentum was not there. In 2015, the U.S. Supreme Court removed all further bans on same-sex marriage. Members of the film’s creative team had gone on to their own projects including Andrew James and Torben Bernhard. Tuckett sought out guidance from several individuals, including Geralyn Dreyfous, the cofounder of the Utah Film Center who has backed many successful documentaries including Academy Award winners.

The results in Church & State are outstanding. The film places the court fight in a new light that is insightful, provocative and instructive. The emphasis is on two individuals: Mark Lawrence, the founder of Restore Our Humanity, and Peggy Tomsic, the lead attorney who handled what formally was her first civil rights case.

Lawrence is the anti-hero, an unapologetic and unlikely activist who does not fit into the frame of genteel accommodation and civility, which many local activists see as essential if they hope to make any progress with Utah’s state government or the institution that truly controls state matters and policy – The Church of Jesus Christ of Latter-day Saints. Viewers are introduced to Lawrence’s backstory as a maverick who previously was never motivated to engage causes central to the LGBTQIA movement. The shadows of illness and age awakened him to considering what should be his legacy. Raw, uncompromising, self-confident, abrasive and honest, Lawrence certainly seemed to be the unlikely point person to lead a movement where few saw as capable of producing a major court win.

National gay and lesbian rights groups had steered cleared of Utah as a battleground for the issue of same-sex marriage, as did law firms. In 2004, nearly two-thirds of Utah voters supported Amendment 3, a state ban on same-sex marriage. And, the LDS church and the state stated clearly numerous times their confidence that same-sex marriage was not likely in the near future. It was a mutually accepted assertion. 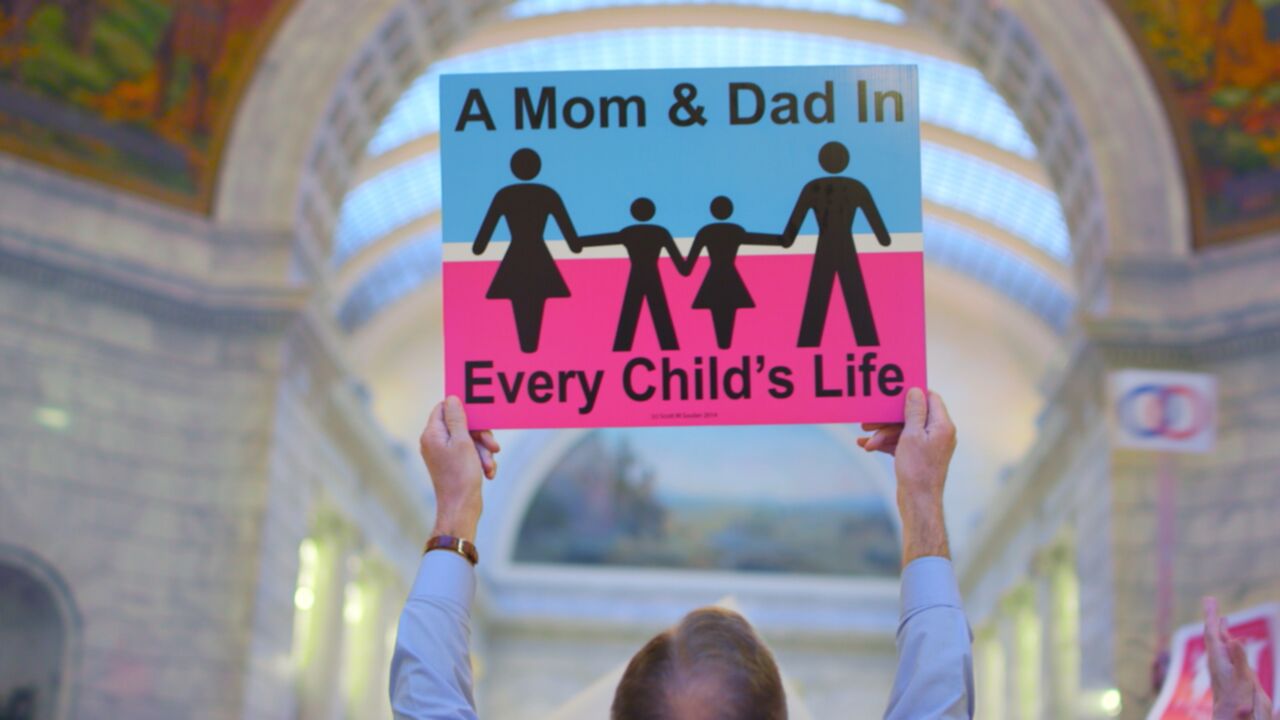 None of this deterred Lawrence, who assembled an “unlikely class” of plaintiffs, as described in a 2014 article of The Guardian, which included a “high-school English teacher, a Lebanese refugee and a dying doctor.” That cast would include, indirectly, a combat engineer from the Persian Gulf War who became the judge. That was U.S. District Court Judge Robert Shelby, who issued the fateful ruling in December 2013. Some viewers may be surprised at just how little time in the film is focused on the plaintiffs.

Indeed, Tomsic, the other major character in the story, had much to risk, both professionally and personally. Her tiny law firm would eventually absorb most of costs associated with the million-dollar legal bill. Her experience primarily had been in business litigation. Tomsic was in her early 60s and she wondered if she ever would be able to secure second-parent adoption of the son of her lesbian partner.

Lawrence and Tomsic make for one of the most unexpected yet compelling chronicles of the struggle for marriage equality. Unlike last year’s panegyric documentary The Freedom to Marry (directed by Eddie Rosenstein), which focused on long-time activist Evan Wolfson, Church & State highlights a fight that has not really ended in Utah. Its candor is exemplary in all instances, most notably the portrayals of Lawrence and Tomsic. Several of the most memorable scenes with Lawrence express his unfiltered reactions in the appeals process, when he was pushed to the background. 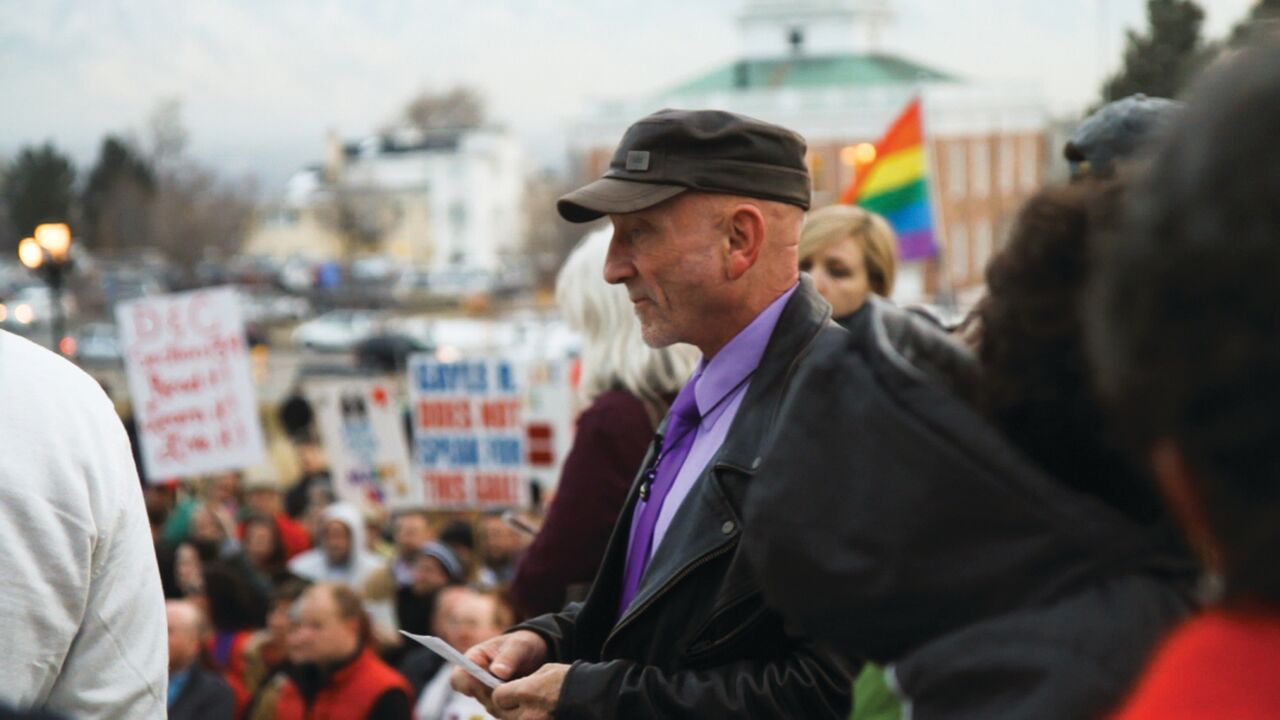 In November 2015, many Utahns were caught off guard when the LDS church announced its exclusion policy as its response to the U.S. Supreme Court decision of Obergefell v. Hodges, which legalized same-sex marriage. The policy deemed same-sex couples as apostates but its biggest sting came in excluding children of a parent engaged in a same-sex relationship from receiving church ordinances. Affected children could only be eligible for church sacraments when they reached 18, no longer lived with the parent and disavowed same-sex relationships. And, even then, the decision would have to be approved by the church’s First Presidency.

Church & State becomes a brutal critique on the LDS institution. But, the full weight of it comes not from histrionics but from a well-placed, simmering burn that is more effectively subversive. In Utah, church and state are inextricably entwined. While reaction to the church’s exclusion policy was justifiably negative and critical, many individuals, especially the large corps of church members who see themselves as enlightened moderates, dutifully proceeded without much protest. Likewise, the church has effectively stunted efforts in the state for full emancipation and fully elucidated policies of nondiscrimination when it comes to sexual orientation.

One of the most telling scenes comes from Denver, as plaintiffs and Utah officials prepared for arguments before the Tenth U.S. Circuit Court of Appeals. Sean Reyes, the state attorney general who also was a protégé of Henry Eyring, a member of the church’s First Presidency, tells the plaintiffs that he admires their commitments as loving couples and families. Reyes epitomizes the patronizing false sincerity that is ubiquitous among the state’s political community, which identifies as conservative Mormons. Indeed, the church, at some point in the future, will attempt to rewrite the narrative to avoid the justifiably harsh judgment it deserves for its rigorous uncompromising stance against marriage and family equality. It is a familiar modus operandi for the church.

Tuckett and Wilcox worked with Jennifer Dobner, a local journalist who has covered the church along with polygamy, gay rights, capital punishment and land issues in the U.S. West. The film’s music is excellent, thanks to Nami Melumad, a composer based in Los Angeles with score credits encompassing more than 90 films, broadcasts and theatrical productions. The music includes a cello solo as well as instrumentals with viola and guitar. 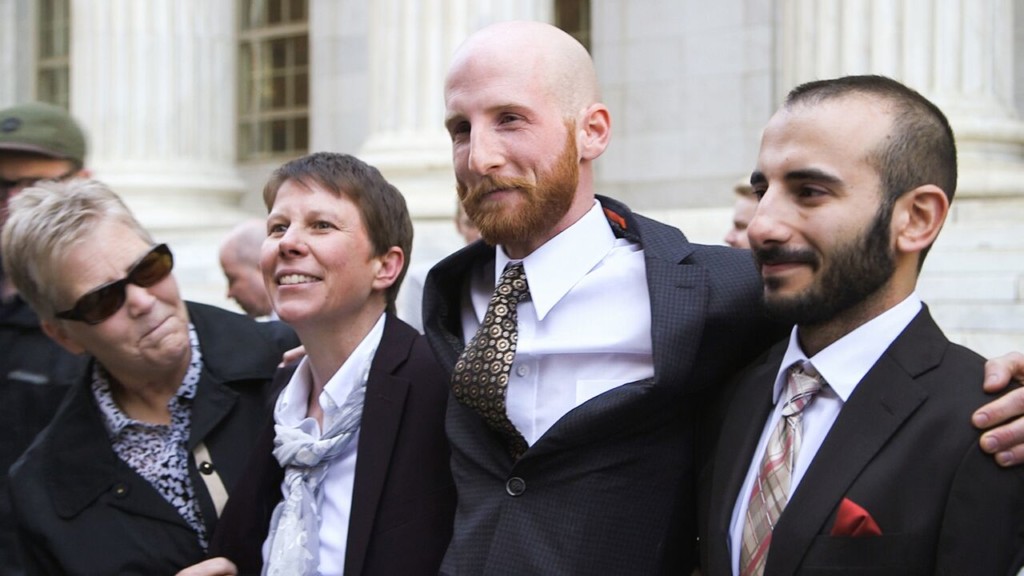 Blue Fox Entertainment acquired the film’s distribution rights, which will be widely available next month. Meanwhile, the documentary will screen in a limited engagement for one week, beginning July 13 at the Broadway Cinemas, which is the home of the Salt Lake Film Society. For details about tickets and screening times, see here. Panel discussions will follow the 7 p.m. screenings on July 12 and July 13. Mormon Stories will host a panel discussion following the July 18 screening at 7 p.m. Tickets for July 13 screening at 7 p.m. have sold completely.