Richard Hall often comes up with the title of his painting before he has the image in mind. A native of Yorkshire in England who also worked for many years in the fine arts publishing business, he says in an interview with The Utah Review, “I enjoy the play on words. When I find what I think might be a great title, I then find the objects to fit it, and I generally like to keep it tongue in cheek.” 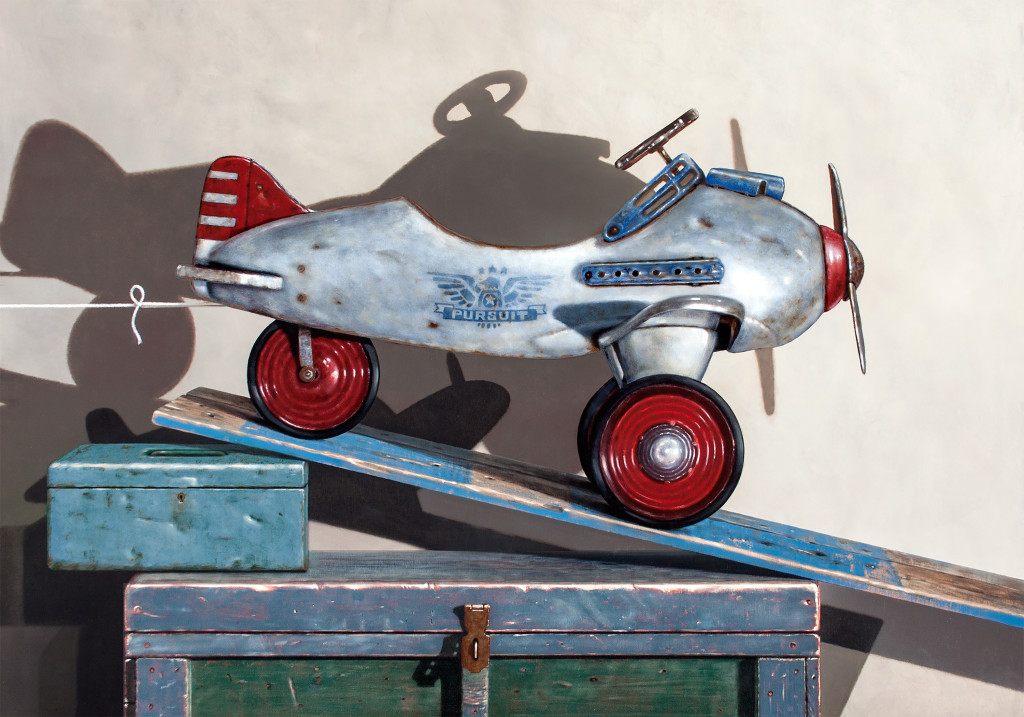 Take, for example, The Kiss of Death. The painting is a still life of an assortment of sharp objects pointing upward toward a string that has been stretched taut much as a safety net for a trapeze artist. At the end of the string is a Hershey’s chocolate kiss.

His oil paintings and fine-quality giclée prints are available at his booth at this year’s Utah Arts Festival (Booth 54). Hall, who lives in Mesa, Arizona, is one of the 55 artists making their first appearance in the festival’s Artist Marketplace.

Art always has been a passion for Hall, who attended both the Sheffield College of Art and the Kingston-upon-Hull College of Art, receiving his bachelor of fine arts in painting in 1976. “During college, I went to major exhibitions in London twice a year and one of [René] Magritte blew me away, a retrospective show that I could see his body of work in one place” he recalls.

When he went to work in the publishing industry, he spent a lot of time with the more abstract end of working with art. “It was all about conceptual art – talking about it instead of painting it. Ever since my childhood, I had this romantic ideal of painting; having an easel in the bedroom,” he explains. He would look at still lifes and landscapes and say, as he recalls, “It was frustrating. I wished I would have done that.” 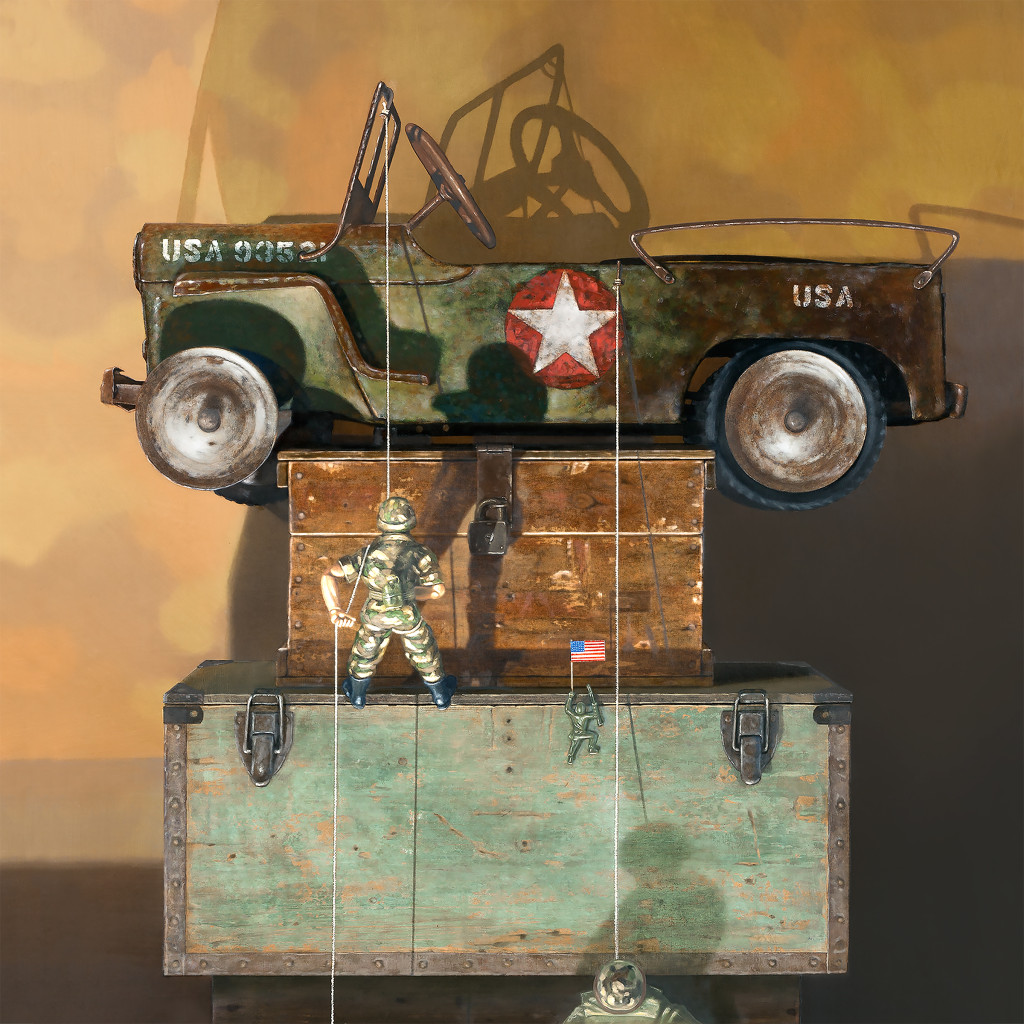 He left publishing at the turn of the century to turn his attention exclusively toward painting. “My passion became an addiction and I decided that I had to do it full-time. My wife agreed to handle the business details to keep me at the easel painting,” he adds.

Today, his six granddaughters also have helped to change his perspective, Edie sulky about not needing to pursue deliberately a particular style in his work. “The oldest is seven and it’s remarkable how with the simplest things they can imagine a whole world,” he says. It’s reinforced how he goes about collecting the objects for his still lifes. He scrounges about for ordinary items, even searching on eBay, and often works with the most inexpensive things. And, it is one of his granddaughters who inspired him to do still lifes in which an object might not obviously belong in the painting but nevertheless its presence is not as disparate or interruptive as one might assume. “When the oldest granddaughter was three, she put a toy in the middle of a composition of objects I had set up for a still life. It made sense because it wa not constrained by what already was in the collection of objects,” he explains. 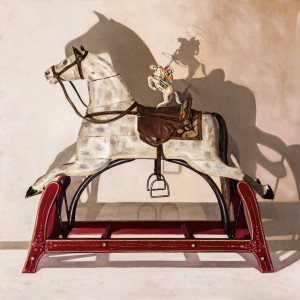 While this is Hall’s first show in Salt Lake City, he recalls clearly his first art show in Tucson during the Christmas holiday season of 1978. They were happy to leave gloomy, wet England for the sunny, dry, mild winters of the Southwest. “We had just been married and we lived in a small one-bedroom apartment. We had to dismantle the interior of our Pinto to fit the larger works in and we went to AlphaGraphics to make black-and-white prints which we sold for $15,” he recalls.

The show was a success. “After the show, we went home and sat by the coffee table, pulling dollar bills out of our pockets and clothes. We had made about a thousand dollars – which really was a lot of money at the time. Our tent was $125 a month. We were so happy, laughing and throwing the money around as if we had become suddenly rich,” he adds.

Today, he has a long list of exhibitions to his credit, including the Los Angeles Artexpo, New York Artexpo, Tokyo International Art Show, Miami International Art Exposition, Art Asia Hong Kong, Art Detour and the Designers’ Showcase House in Phoenix, Arizona and Celebration of Fine Art in Scottsdale. He also is an award-winning member of the Oil Painters of America, and International Guild of Realism Painters and has exhibited in their group shows.