For Karlheinz Stockhausen (1928-2007), undoubtedly among the most important composers of the 20th century, the element of text humanized the imagery of his music in the most emotionally intense and spiritually gratifying ways. Stockhausen was an exceptional and extraordinary creative force. He broke new artistic ground in electronic music, spatial musical performance and the use of aleatoric musical events that are notated in conventional ways but the musician or ensemble spontaneously determines the arrangement of these events during the performance.

He also studied phonetics and communication theory at Bonn University, providing the experiences that led to many new Stockhausen works, especially text compositions, which subverted the skepticism of critics who had erroneously considered much avant-garde music in the 1960s as emotionally sterile, intellectually obtuse, or unapproachable to audiences. 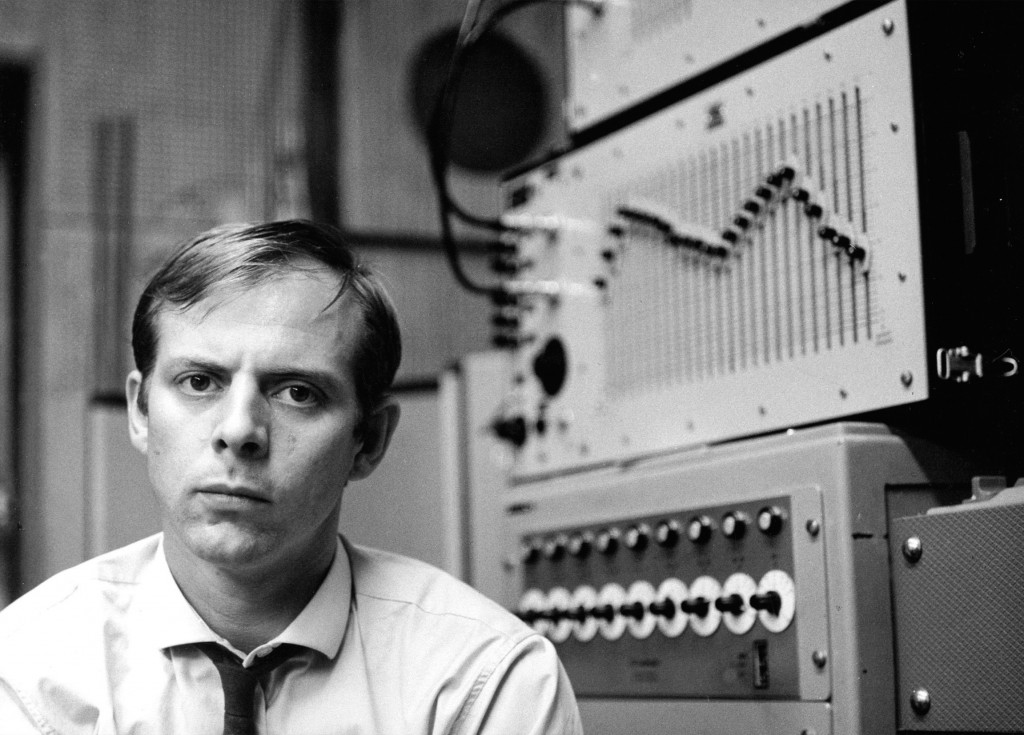 One of Stockhausen’s most significant works in this vein was Aus den sieben Tagen (From the Seven Days), a collection of 15 texts written during the spring of 1968 when the composer was experiencing a personal emotional crisis. In Europe, as in the United States, protests had begun to overwhelm and disrupt college and university life. Even several of Stockhausen’s former students in Germany had denounced him for failing to acknowledge the unrest or social injustice in his music. Others savaged him as an elitist who had compromised ideological values for the sake of capitalism. Fortunately, those criticisms have dissipated in evaluating the enormous impact of Stockhausen’s music.

The Salt Lake Electric Ensemble’s (SLEE) new recording and intuitive interpretation of one of the text compositions in From The Seven Days embraces the large-scale emotionalism of Stockhausen’s best musical instincts. In Set Sail for The Sun, SLEE, already having proven itself as an astute purveyor of musical egalitarianism both in performance and form, validates the composer’s acceptance of finding artistic value and merit in virtually every aspect of our daily lives and routines.

The ensemble has crafted meticulously a definitive and interpretive performance standard for pioneering and seminal works in electronic music. A prominent example is SLEE’s interpretation of Terry Riley’s In C (1964), which resulted in a recording cited by many international critics as a definitive interpretation of one of the greatest works in minimalism. SLEE’s rendering inspired a unique collaboration with the Ririe-Woodbury Dance Company in a live performance that accompanied a new dance composition 53 Rooms, choreographed by Daniel Charon. 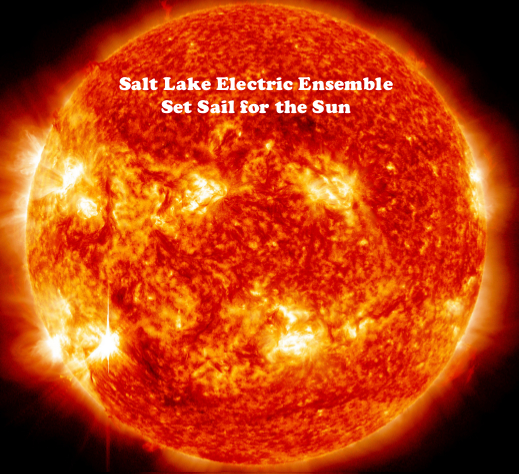 A new milestone is established in this latest recording of the Stockhausen text composition Set Sail for The Sun. “Dan Thomas, who has played percussion and electronics in the ensemble knew of the score and brought it to our attention, along with some ideas on how to approach the piece,” Matt Starling explains. “At this point in time our approach to music making had been influenced by our experiences performing and studying Terry Riley’s music. We appreciated the manner in which many of his earlier scores provided a framework for improvisation and the degree to which the performers are able to contribute to the character of the music.”

Starling adds the text compositions, such as Set Sail for The Sun, which comprise From The Seven Days touch on the same ideas the ensemble discovered with Riley. “Stockhausen’s vivid and poetic descriptions of the sound of the music he asks for in these scores was an exciting way to explore ensemble music making,” he says. “This particular score contains evocative language describing an ideal sound and working toward making that sound was particularly appealing.”

The entire text of the composition constitutes just 56 words:

Play a tone for so long
until you hear its individual vibrations
Hold the tone
and listen to the tones of the others
– to all of them together, not to individual ones –
and slowly move your tone
until you arrive at complete harmony
and the whole sound turns to gold
to pure, gently shimmering fire

In its 16-minute rendering, SLEE builds the sound organically until it bursts to the musical surface as a ‘pure, gently shimmering fire.’ It is stunningly lucid for the listener. The exquisitely engineered audiophile quality recording captures the continuously merging cycles of harmony and harmonization that lead to an immensely satisfying synchronous soundscape created by the fact that the ensemble players are acutely attuned to one another.

Stockhausen turned to text increasingly in the 1960s, as the Larousse Encyclopedia of Music describes so memorably, for the purposes of “gathering up the threads of past and present experience in a grand historical synthesis.” In his large-scale work Moments, composed over a seven-year period in the 1960s, Stockhausen scored the music with text taken in many forms from the expressions of audience reactions, bits of personal correspondence, the names of family and friends, and quoted lines from the poetry of William Blake and the Song of Solomon. The music’s intense lyricism is unmistakable. From The Seven Days takes the form of Moments to its natural next step, stripping away the conscious need for quoting or incorporating idiomatic music, even in the global sense of folk songs. It defies specificity in genre, classification, idiom or style. 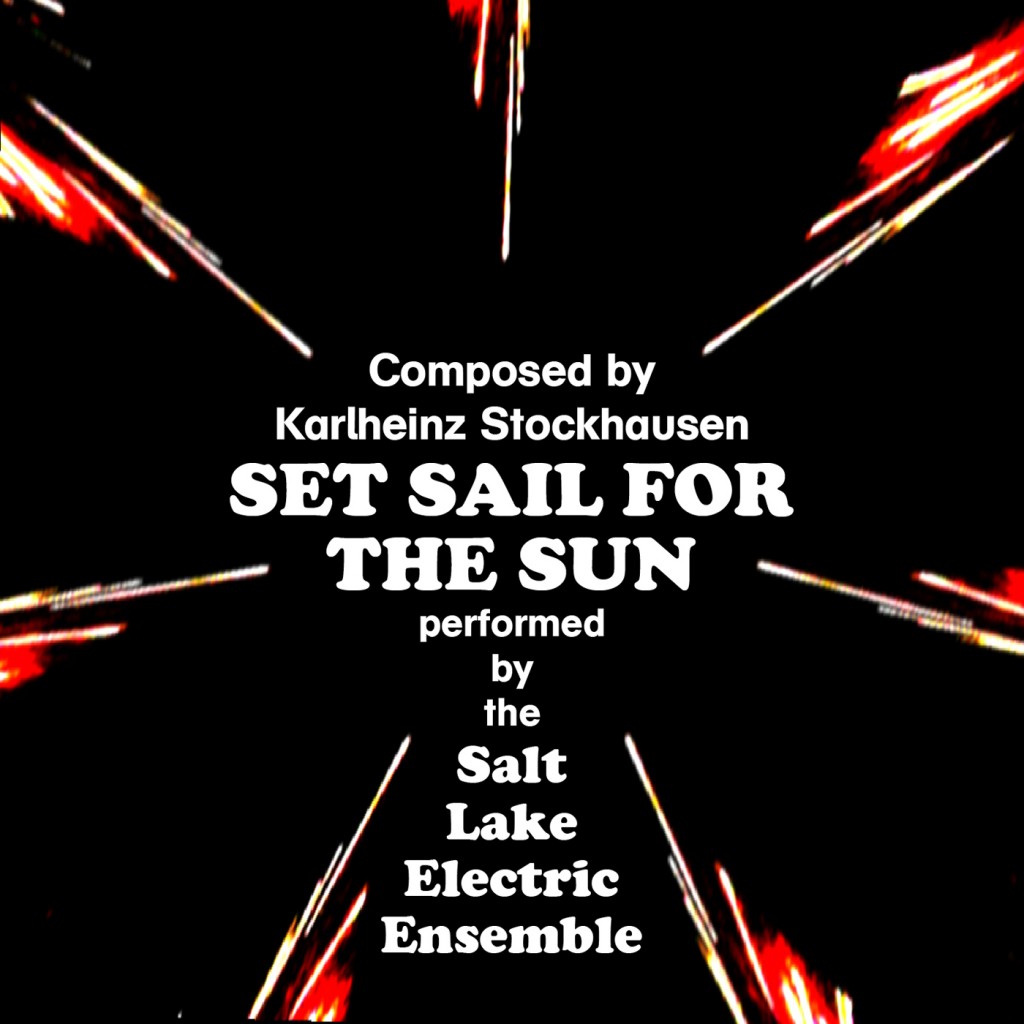 SLEE also takes great effort to gather and interpret Stockhausen’s musical philosophy as precisely as possible in the composer’s vision. Stockhausen’s music and approach often are widely misinterpreted and misunderstood. As composer-critic Michael Nyman explained in 1968, the music in From The Seven Days is not a blueprint for improvisation but a very clearly imagined sound-world.

Ed Chang, who coordinates the informative Stockhausen – Sounds in Space blog, explains the text compositions often “end with a kind of meditative or poetic image (‘sound turns to gold’), which Stockhausen actually intends to be taken literally (for example, through intense concentration and squinting of the eyes, certain colors can be generated in the mind’s eye). Despite some of the abstract or poetic imagery, Stockhausen is clear to state (from the Darmstadt New Music Summer Courses in 1968),’I do not want a spiritualist seance – I want MUSIC!’.”

When asked how members of the ensemble prepared for the specific demands outlined in this work — that is, opening up to an intuitive state of mind and achieving that imagination of “pure, gently shimmering fire, Starling says, “I believe intuitive playing begins with disciplined and focused listening, and then, of course, each performer strives to have a command over their contribution to the full ensemble sound in real time. The approach we took toward deploying our available technology of course influenced our sound, and had to evolve over the course of this project.”

As for achieving that imagination of “pure, gently shimmering fire,” Starling says it “started with an instrumental sound that we all thought added the right shimmer: a collection of cymbals, all rolled simultaneously with soft mallets. We tried to provide the fire through the sound design we created on the electronic instruments, designed to blend with the sound of the cymbals.”

Stockhausen presented numerous opportunities for SLEE’s artistic growth. “There are so many ways to electronically produce sound,” Starling explains. “Developing the right sounds and performance techniques for a given piece is always a challenge. In this piece I think that designing an expressive musical timbre that met the requirements mentioned in the score and then refining that timbre to work with the ensemble was particularly demanding.”

Furthermore, the performers learned a good deal more about the fundamentals of listening and concentration. “This work, in its nature, demanded much focused listening from moment to moment,” Starling says. “The intuitive nature of the work really challenged us to improve our instrumental technique. But most of all I think these text based scores challenges the performers to really draw from a sort of collective imagination that must be developed together and then made real, or as real as possible.”

The recording is available for purchase at SLEE Bandcamp and iTunes pages.