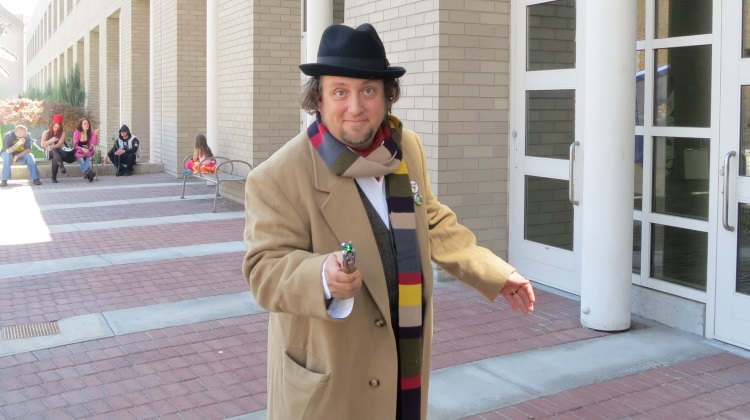 The first day of the 2014 Salt Lake Comic Con FanX show began with a message about heroes. In their welcome to the show press conference, surrounded by a circle of notable public servants, show producer Dan Farr and Utah State Governor Gary Herbert expounded on the theme of heroes in our daily lives.

Ending his time on the podium Herbert officially recognized April 17th, 2014, as Salt Lake Comic Con Hero’s Day – and what a day it was (see pictures below).

After a vibrant afternoon panel discussion on the subject of “UFO’s: Visitors from the Cosmos?”, I approached “Alien Dave”, Director of Utah UFO Hunters (www.aliendave.com), and asked about his hero. His admiration for Colonel Phillip J. Corso, author of “The Day After Roswell” was infections as he described Corso’s claims of being part of a secret government program using material recovered from spacecraft crash sites to develop modern technologies here on Earth. 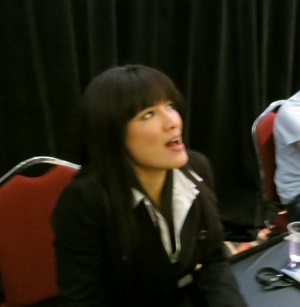 Young sisters, Yllandra and Kymra Baum attended Thursday’s conference with their parents. When asked who in attendance was their hero, the sisters agreed actress Kelly Hu, whose work includes appearances in “X2: X-Men United”, “CSI NY” and “The Vampire Diaries”, is a major inspiration. “She can take care of herself.” was Yllandra’s answer when asked what makes her idol especially heroic. The girls subsequently appeared awe struck as Ms. Hu spent a good amount of time talking with them and answering their many questions. When asked about her heroes, Ms. Hu said she has had the good fortune of knowing many heroic figures throughout her life including her mother, a single mom of two. Ms. Hu enthusiastically continued, “I think all single moms are heros!” 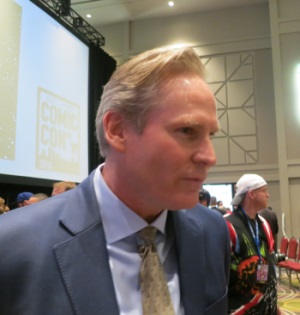 When asked about his heroic influences, Salt Lake Comic Con Co-Founder, Dan Farr, immediately pointed at an elderly couple beaming with pride from the front row of Thursday’s Fan Experience press conference. “My parents.” he replied, “They always provided an example of the importance of putting other people before themselves.” Sequan Kolibas, who was at the conference posing as a figure model for Sketch Cabaret (www.facebook.com/sketchcabaret), a performance art ensemble appearing the conference all three days, named her father as a hero and role model. She added, “He’s my biggest fan and his work ethic is inspirational.”

Among the real heroes at the conference Thursday morning were groups of first responders and military personnel. As he stoically kept on eye on the chaos unfolding around him, I approached one of the Utah Highway Patrol Troopers standing on the stage. Reluctant to answer my question while acting in an official capacity, he still couldn’t resist providing a quick one-word answer to the query regarding his hero. “Dad”, accompanied by a slight smile, was all the answer I needed.

The following is just a small sample of the many, varied and elaborate costumes some of the attendees I met had put together. Such was the display of creativity and camaraderie, you’d almost feel out of place *not* being dressed up to the nines: 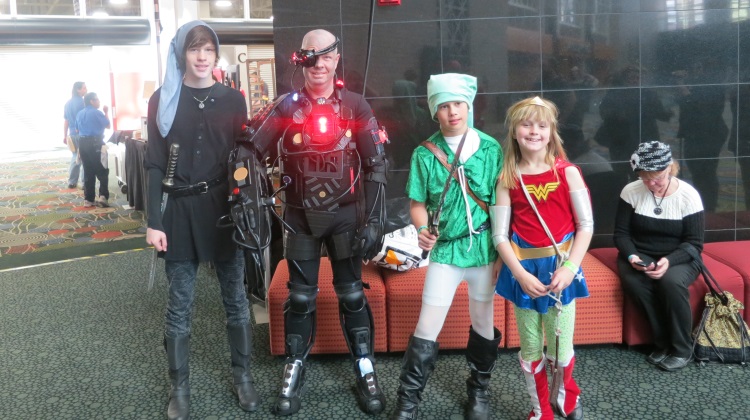 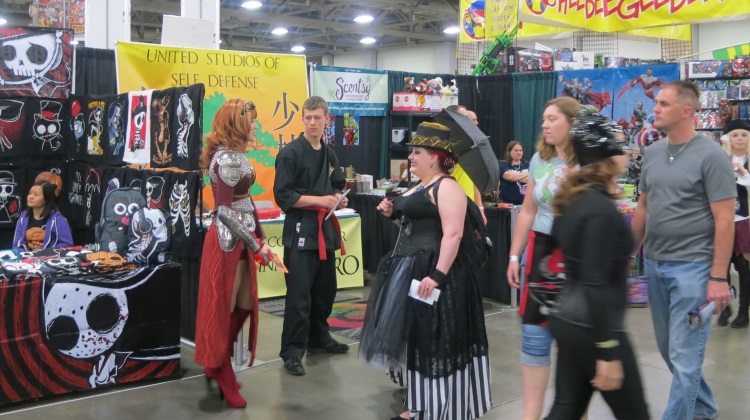 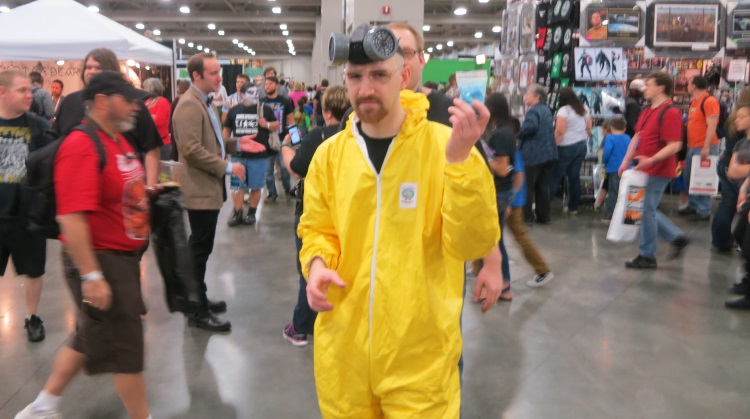 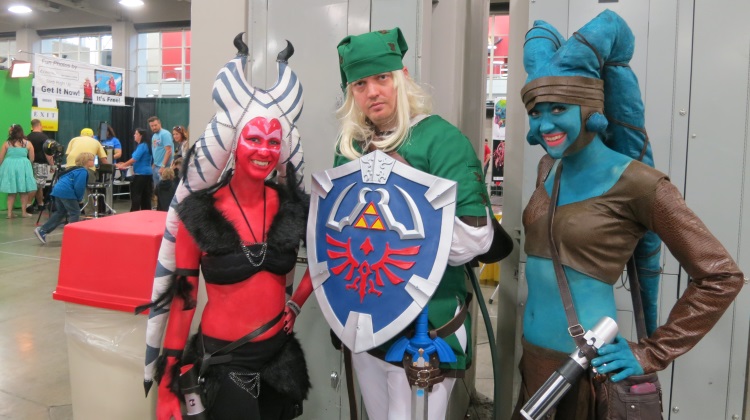 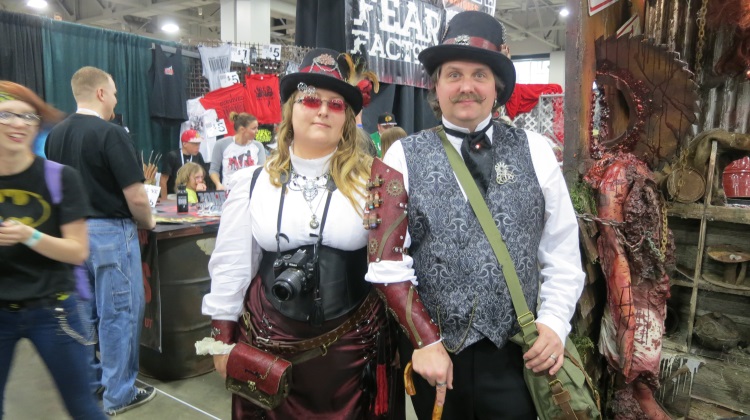 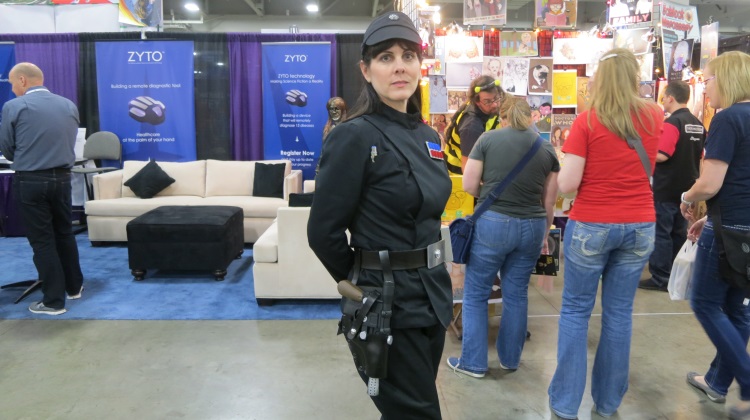 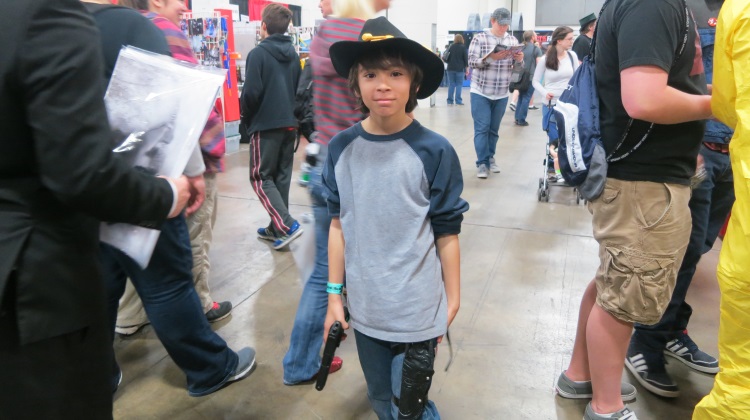 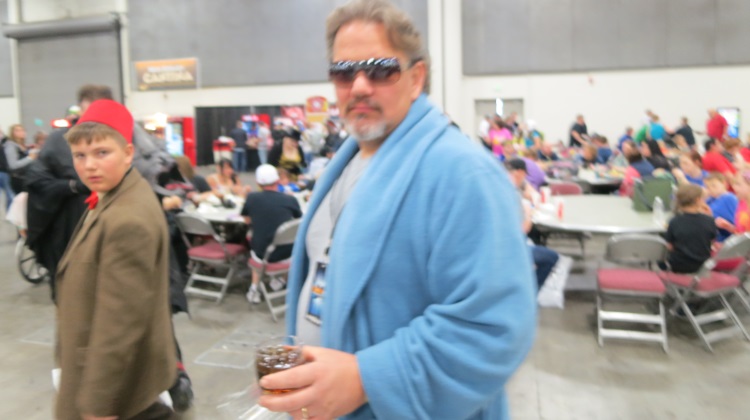 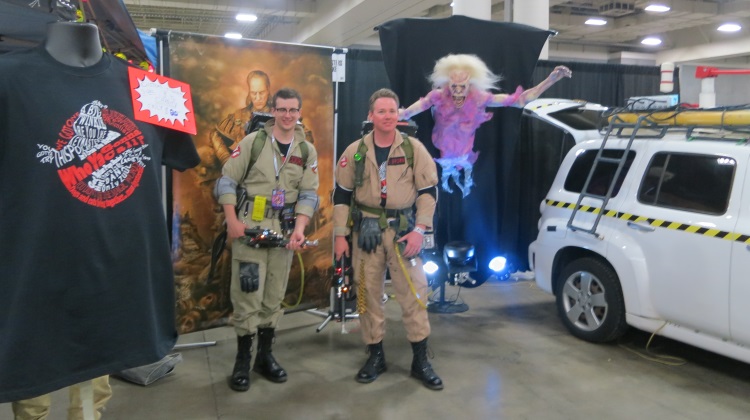 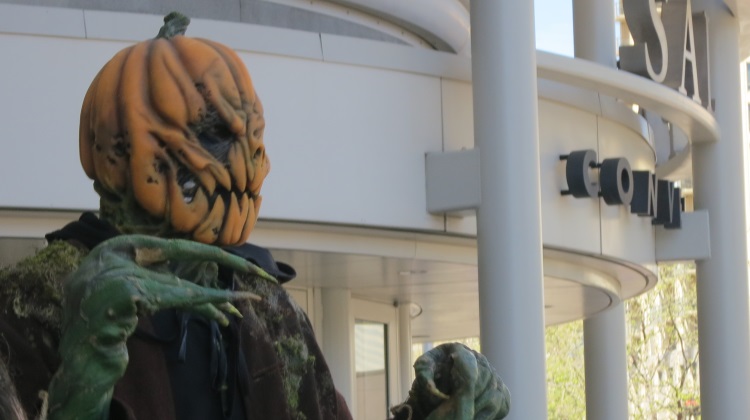 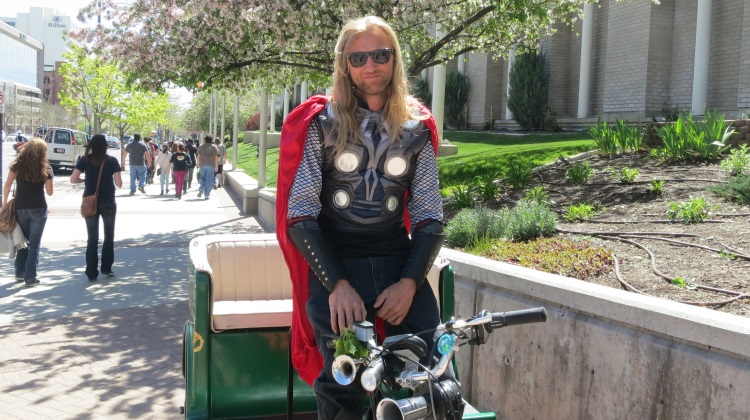