In 2013, four months before the U.S. Supreme Court’s decision in the Windsor case set the stage for courtroom challenges to bans against same-sex marriage in every state, the Mexican Supreme Court ruled in a case brought by three couples from the state of Oaxaca that denying the rights to marriage equality was unconstitutionally discriminatory. In the aftermath, few Mexican states took heed of the ruling and many same-sex couples traveled to Mexico City to be married (at the time it was the only jurisdiction inside Mexico where marriage between same-sex couples was fully legal).

In Mexicali, the state capital of Baja California, a northern Mexican state, Víctor Manuel Aguirre Espinoza and Víctor Fernando Urías Amparo (Fernando) finally obtained a marriage license after waiting patiently for two years. They had planned to be married with a full-fledged celebration but state and municipal officials adamantly refused, going to absurd points for justifying their decision. This ranged from denying the authenticity of signatures on the license to claims the couple suffered from ‘dementia.’ 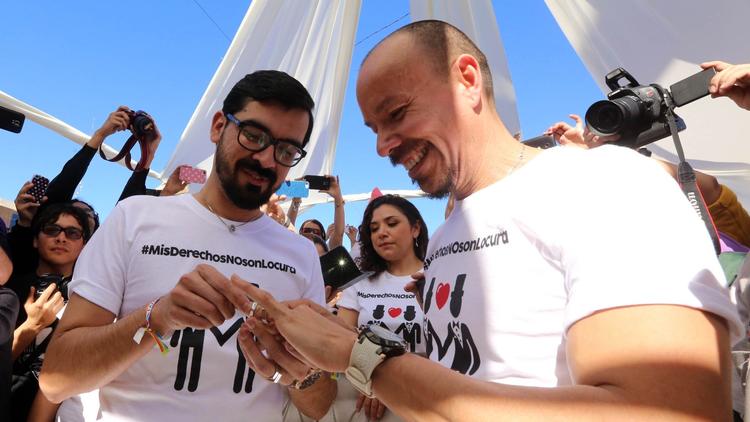 The long, difficult road to legally recognized marriage for Victor and Fernando is chronicled in a thorough, absorbing documentary film No Dress Code Required (Etiqueta No Rigurosa), directed by Cristina Herrera Bórquez. The film, which has won numerous awards on the international film festival circuit, will be screened Dec. 19 at 7 p.m. by the Utah Film Center in the City Library auditorium.

The screening is timed perfectly for Utah audiences. It occurs on the eve of the fourth anniversary of the Dec. 20, 2013 ruling by U.S. District Court Judge Robert Shelby for the plaintiffs in Kitchen v. Herbert. For 17 days, in a fast-paced real-life drama, marriage equality came to Utah before being stayed but then decided successfully in favor of the plaintiffs in October of 2014. The right was ultimately confirmed for the entire nation in the 2015 U.S. Supreme Court case of Obergefell v. Hodges. 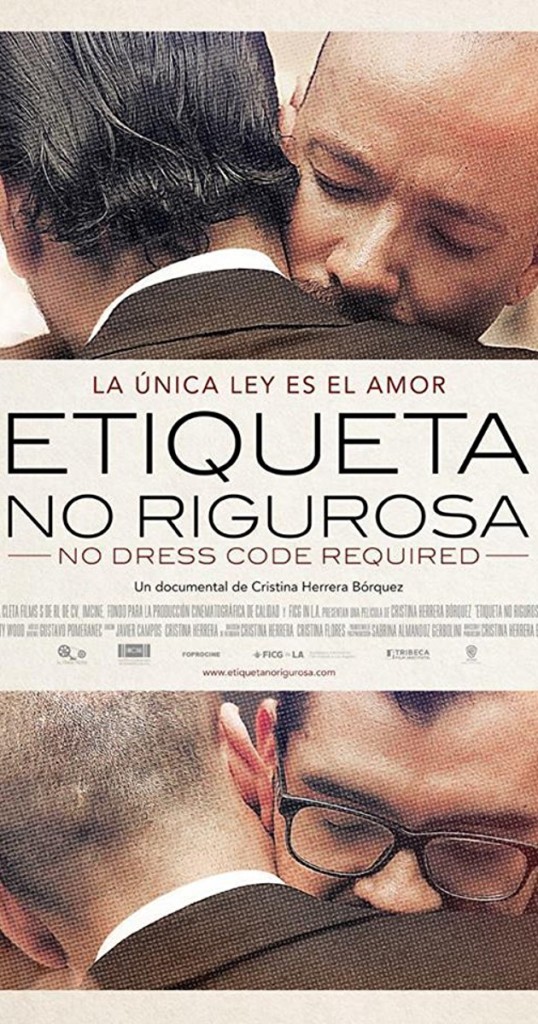 In the film, Fernando and Victor are presented candidly as an adorable, charismatic couple, ecstatic about realizing their lifelong dream of a beautiful wedding. Initially, they believe everything is legally in place to proceed. They have completed the forms and have participated in a marriage orientation workshop. But, three wedding dates are scheduled but then canceled or postponed – based on excuses that seem more absurd than the previous one. In one instance, authorities claim a bomb threat has been received so the municipal building must be cleared. In another, a clerk says the documents are voided because she cannot ascertain the veracity of the signatures. The most incomprehensible excuse occurs when authorities claim the men cannot be married because they display signs of “dementia.”

In an interview with The Utah Review, Bórquez says she knew the couple prior to making the film. “Fernando was my hairdresser,” she adds. “They wanted to get married in a spiritual ceremony, which really was not possible in our state. But, I had no idea outside that this could happen outside of Mexico City. I wanted to let the story flow naturally as we could see how it would play it out in our home state, which is so conservative.”

She also brings two other main characters into the narrative: Jose Luis Márquez Saavedra, the attorney who represents Fernando and Victor, and Alex Alí Méndez Díaz, one of Mexico’s best known civil rights attorney who had successfully represented the three couples from Oaxaca in the major 2013 Mexican supreme court ruling.

Both attorneys are passionate yet consummate professionals in their civil rights work. Márquez had never met or interacted with gay individuals until he took the case of the couple. It is impressive to witness this attorney hold his composure against the increasingly bizarre theatrics the municipal authorities are willing to engage for preventing the wedding from ever occurring.

Méndez’s appearances in the film are infrequent but his presence is telling in the story’s backdrop. “He was present as an adviser in every legal move and decision that is shown in the film,” Borquez explains. “No step was done without his approval and he did all of the work pro bono.” Making the film was an exhaustive process for Bórquez who shuttled between Mexico City and Mexicali frequently, especially as events inevitably led to a protracted legal crisis for the couple. For her, the most profound, impactful moment in the production process occurred when the couple was trying to comprehend the outlandlish allegations about their mental health. “They wanted no cameras at the time but they just wanted me to be with them. We were just devastated,” she recalls.

She says the biggest differences between American and Mexican audiences has been the range of age of viewers. “In Guadalajara, a very conservative city where we premiered the film, the audience was mostly young people,” she says, adding the Catholic church community in Mexico effectively organized protests against marriage equality which definitely contributed to the slow progress of recognizing marriage equality rights throughout the country.

Today, in addition to Mexico City, same-sex marriage is performed without limitations in the states of Baja California, Campeche, Chiapas, Chihuahua, Coahuila, Colima, Jalisco, Michoacán, Morelos, Nayarit, Puebla and Quintana Roo, as well as in certain parts of Querétaro. However, various polling surveys, including those conducted by Pew Research Center, have shown the generational shifts of opinion marriage equality and gay adoption rights occurring elsewhere in the world are observed in Mexico as well. A Pew Research Center survey in 2015 indicated that 49 percent of Mexicans support same-sex marriage, compared to just 22 percent five years earlier.

No Dress Code Required is an excellent documentary that marks the inevitable shifts in attitudes and beliefs occurring in a Mexican community.