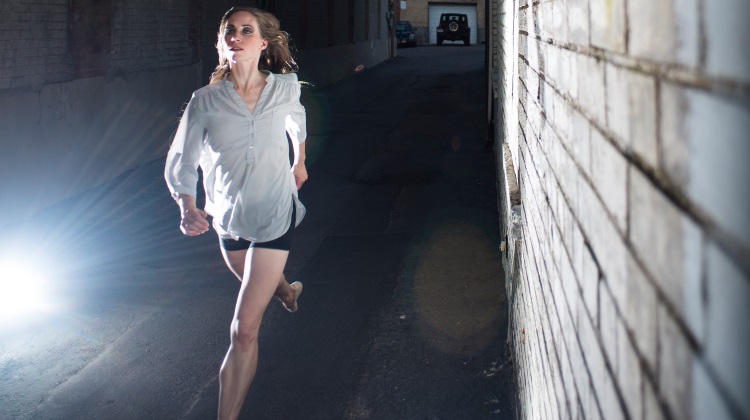 Later this month Utah-based contemporary dance and design company NOW-ID brings their fourth major performance, EXODUS, first to Salt Lake City, and then to Copenhagen. This year’s production keeps with the company’s mission of collaboration as well as stretching creative boundaries and genres by partnering with the Danish Music Ensemble Figura and creating a collaboration that pushes the cultural and creative comfort zones of both audience and performers.

The work itself becomes a conversation in both intercultural communication as well as artistic communication. EXODUS will be a 60-minute long multi-disciplinary, multi-cultural work, involving 15 local and international artists, original choreography, opera, music, design, and contemporary dance. The piece features a Libretto by renowned Danish poet Ursula Andkjael Olsen which creates an almost mythological script as the starting point for the production. While the tone is of a familiar-feeling fairy tale, it’s performed mostly in Danish, which will give the American audience the experience of leaving their linguistic comfort zone and requiring that they employ different tools of empathy and understanding.

The artists in the performance will similarly be stretched by the collaboration. Clarinetist Anna Klett, who will be flying in from Denmark with Figura for the performance says, “As a musician this project is so exciting, because we also have to move. We are different artists that have to move ourselves to be able to tell our story together. We have to find space for all of us: dance, song, music, words, stage. And this story is so important for us right now,” she adds, “people are moving all over the world, we need to find space for all of us.”

EXODUS, will broadly explore human migration and movement through the abstract lens of its various modes of contemporary performance. The idea of EXODUS is an exploration of the common experience of immigration ranging at one end of the spectrum of moving for opportunity/adventure, to the necessity to relocate due to persecution, poverty, or religious beliefs. And while the production isn’t a direct commentary on the current refugee crisis, it does keep an empathetic eye on the current mass migration from the Middle East and North Africa to Europe.

Conceptually EXODUS is an exploration of the internal toll it takes to uproot from one home and the emotional stages one passes through en route to building a life in a new place. “The theme of Exodus, which is people moving across borders, is so present in the world today, and yet so often viewed only from a political or economic perspective,” says Danish opera singer Nana Bugge Rasmussen, “in Exodus we intend to look at it from a human perspective.”

In addition to Klett and Bugge Rasmussen, the performance features heavy-hitting artistic talent from both Europe and at home. Director Rolf Heim received the prestigious Danish theater acknowledgement, the Reumert Prize; Bass-Baritone Jakob Bloch Jespersen is in demand as a concert singer throughout Europe, among his many roles he has played Angelotti in Puccini’s Tosca; composer Peter Bruun received the Danish Arts Foundation’s 3-year grant, the Nordic Council Music Prize, and the Wilhelm composer prize. The performance will also feature Utah’s Ballet West Principal Artist Katherine Lawrence and First Soloist Adrian Fry; as well as Ririe-Woodbury alum Tara McArthur.

The combination of international talents and powerhouse creative companies will make for a heady evening. “I’m very excited about Exodus,” Nana Bugge Rasmussen continues, “mainly because I think cross-over performances can be so interesting when the different elements work together in new ways. It will be challenging and rewarding.”

EXODUS will be performed over several nights in Salt Lake City before touring overseas to Denmark, where it will be performed at the Copenhagen Opera Festival August 2 and 3rd, 2016. You can see it in the Utah stage of production July 27, 28 & 29th at Marriott Center for Dance, 330 S 1500 E, Salt Lake City, UT 84112. For tickets: https://excepturi-35463.ticketbud.com/exodus