EDITOR’S NOTE: This feature is presented in Spanish and English versions, both primarily made possible by Mark Alvarez. The Utah Review deeply appreciates his willingness and linguistic fluency to prepare proper versions in  both languages. For the Spanish version of this feature, see here.

A point often made in The Utah Review is that dance wears the imperial crown of the performing arts in Utah for its impressive breadth and scope of styles, movement languages and origins. Two groups underscoring the excellence of folkloric styles who are among the seven dance ensembles being presented at this year’s Utah Arts Festival are Ballet Folklorico Quetzalcoatl de Utah (June 24, Festival Stage, 6 p.m.) and Carnaval de Barranquilla Utah (June 25, The Round, 12:45 p.m.), which is part of inaugural UAF’s Emerging Artists Program.

Both groups answered questions from The Utah Review by email, with responses originally in Spanish.

TUR: How did the group Ballet Folklorico Quetzalcoatl de Utah form and for how long have you been performing?

BFQU: Ballet Folklorico Quetzalcoatl de Utah was founded with the idea of presenting the roots and customs of our culture through dance. My experience in dance moved me to form the group with a few other people. Our group has been performing for more than 8 years with presentations at various events.

TUR: What are the various dances and their origins regarding the various regions of Mexico? For Utah Arts Festival audiences, what are some of the highlight performance features of the dances you will share during your festival show?

BFQU: We currently count on these themes:

Aztec Dance: “The Fire” has its origins in our Aztec ancestors from the Nahua Tribe. This dance centers on the search for equilibrium and order in the universe. The focus is on the harmony and collaboration needed to maintain that order.

Huasteca Tamaulipas: The Huasteca is a multicultural region composed of the south of Tamaulipas, the north of Veracruz, the east of San Luis Potosí and the north of Hidalgo. The Huastecans are an indigenous people descended from the Mayas who lived in this region known as the Huasteca.

Tarahumara of the Chihuahua state: The Tarahumaras call themselves “rarámuri,” “foot-runner” from the roots “rara (foot)” and “muri (runner).” The rarámuri dances are ceremonies full of meaning and requiring careful execution. These dances can establish communication with the gods and represent the life of the tribe. The dances are the spiritual expression of customs and beliefs.

Jalisco: La Negra and Jarabe Tapatío are Mexican standards and internationally famous dances. They emerged from the time of the Mexican War of Independence [early 19th Century] as symbols of national unity that included traditional dances from various regions of the country.

TUR: Also, the musical traditions are just as diverse as the dance origins. What music is essential to authentic Mexican dance traditions?

BFQU: Some of the musical groups most representative of Mexican traditional music are: Huastecan trios; Veracruz groups with a grand harp, a skin drum, arribeño string instrument; and Mariachi duets or trios. The most important styles of Mexican traditional music include: folk songs from Huasteca, Veracruz, the Balsas river region, Jalisco, Oaxaca, and other areas. [The names of these styles do not easily translate.] Valonas de Río Verde, gustos, malagueñas, peteneras, chlenas, corridos, pirecuas, canciones, colombianas and jarabes were listed. Instrumental musical expressions include sound rhythms, minuets and dance pieces

TUR: Likewise, the costumes are an integral part of the show’s full effect. What are the roots and the specific connections to the different regions that are represented in the costume design?

BFQU: The typical Mexico costumes are a mixture of the indigenous and Spanish cultures. The Aztecs, the Mayans and various other ancestries are important influences. The traditional clothes represent the places and cultures of more than 60 million people living in the country.

TUR: Please share more detail about the members and the roles they play as dancers, musicians, costume designers, performers, etc. How does the group gather, rehearse and perform to ensure the core traditions of these Mexican dances are presented?

BFQU: Most of our dancers are Mexican, but it is interesting that we also have dancers from other countries such as Chile, Peru and Bolivia. All of us collaborate in a show to represent Mexican culture.

We meet every Monday for two hours to practice, learn steps, master choreography and improve each one of the dances in our show.

TUR: Salt Lake City and Utah have a major dance culture that covers many different styles of dance and influences. In recent years, there has been a greater recognition of the value of folkloric dance as equal in artistic influence and cultural impact? Your comments about your group’s role and contributions to the overall artistic dance community would be appreciated.

BFQU: Ballet Folklórico Quetzalcóatl de Utah by being one of groups exclusively dedicated to Mexican dance has had much influence in our community through its dances, costumes and expressions. We have shown many the roots of our country, the culture, traditions. We are proud of having brought a little of Mexico to this country and happy to be able share this with people from different parts of the world.

TUR: How did the group Carnaval de Barranquilla Utah form and for how long have you been performing?

CBU: Carnaval de Barranquilla Utah USA was organized by Katia Arrieta, who inspired by God saw an opportunity in the Utah Arts Festival (UAF) 2022 to present an important part of Colombian culture, the carnaval de Barranquilla. On learning about the process, Katia consulted with some Colombian friends in the United State to learn how to apply. The first people who helped were Marilyn Gallardo, Mayra Rincón and Jorge Iván Sierra who shared many ideas and assisted with many friends of the UAF. Because of time pressure and being very busy, Karia took her leap of faith applying for entry right before the deadline. When the group applied and was accepted, the group became very dedicated, knowing how significant this would be and wanting to show the culture at a high level. To effect this, the directors of Carnaval de Barranquilla Utah, Katia Arrieta, Marilyn Gallardo and Mayra Rincón, delegated responsibilities for public relations and logistics as well as for costumes, dancers, rehearsals, etc. Important to note is that people with ample experience in the carnaval de Barranquilla in Colombia collaborated with the group. Among other participants, we have musicians, dancers and choreographers who know and have enjoyed this show of Colombian folklore. On March 26, 2022, we had our first official presentation during the coronation of Marilyn Gallardo as First Queen of Carnaval in Utah 2022 and the children Amy and Allen Blanco as the Royal Court. We had a reading in which we share with many of our countrymen the happiness and tradition of our Carnaval in this land. Since 015, we have been representing Carnaval in Layton, Taylorsville and West Valley City, Utah.

TUR: The Carnaval has unique cultural significance in Colombia. For example, UNESCO hailed it as among the Masterpieces of the Oral and Intangible Heritage of Humanity. How has the Carnaval remained such an enduring cultural institution in your homeland?

CBU: Carnaval is a lasting institution because its people pass their knowledge of it from generation to generation. Children take part in dance rehearsals, performances and parades. Education and family are important to the tradition. Carnaval is important to the economy. Artisans, shoemakers, designers, musicians, salespeople and businesspeople depend on Carnaval as a significant source of revenue. Many public and private entities support the tradition.

TUR: There are many dance influences and origins involved, including Spanish, African and Indigenous (mico y micas). For Utah Arts Festival audiences, what are some of the highlight performance features of the dances you will share during your festival show?

CBU: For the UAF, Carnaval de Barranquilla Utah will perform a Cumbia (Colombian dance and music), which centers on a man courting a woman. There is Spanish influence in the costumes, African influence in the drums and Indigenous influence in the “flauta de millo,” a flute made of cane or similar stalks. The dance El Garabato represents a fight between life and death. Men’s costumes have Spanish and African influences in the baggy pants and the capes respectively. An important character is the “marimonda’ from Barranquilla who represents a joke of the working class toward their elitist bosses and lazy government workers. The marimona is a caricature, a mixture of a monkey and an elephant.

TUR: Also, the musical traditions are just as diverse as the dance origins. What music is essential to the authentic Carnaval dance traditions?

CBU: The indispensable music of carnaval is played by groups with flutes, drums, maracas, pipes, clarinets, etc. The groups interpret rhythms like “cumbias, chandes, bullerengues o mapalés” [The names of these styles do not easily translate]

TUR: Likewise, the costumes are an integral part of the show’s full effect. What are the Colombian roots and the specific connections to Barranquilla that are represented in the costume design?

CBU: To dance the Colombian Cumbia, the typical woman’s dress consists of a wide skirt, known as the “pollera.” It is adorned with ribbons, lace and a bolero underneath. The blouses tend to have long baggy sleeves. The typical man’s costume consists of white pants and a white shirt, a turnet hat (sombrero vueltiao) traditional in the region, and a red scarf, which is known locally as the rooster’s tail.

To dance the garabato, the women wear beautiful black dresses with ruffles of red, yellow and green, the colors of the flag of Barranquilla. The head is adorned with flowers typical in the city. The “marimondas” wear sacks over their heads and have giant elephant ears, long noses, pants, jackets and colorful ties. They represent the typical joking, happy and rowdy person from Barranquilla.

TUR: Please share more detail about the members and the roles they play as dancers, musicians, costume designers, performers, etc, How do the groups gather, rehearse and perform to ensure the core traditions of the Carnaval de Barranquilla are presented?

CBU: There are 32 members of our group. We are happy and we love to dance, play and sing the music of Carnaval de Barranquilla. We have developed our skills in choreography, costuming, carpentry, painting, decorating and more to improve all aspects of our performance. We meet once or twice a week in West Valley to rehearse. We travel from great distances north and south and we get tired. Still, getting together makes us happy and lets us leave behind our worries. In addition, children often are with us as we enjoy, practice and teach the traditions of Carnaval.

TUR: Salt Lake City and Utah have a major dance culture that covers many different styles of dance and influences. In recent years, there has been a greater recognition of the value of folkloric dance as equal in artistic influence and cultural impact? Your comments about your group’s role and contributions to the overall artistic dance community would be appreciated.

CBU: Carnaval de Barranquilla Utah USA has helped showcase the traditional dances of Colombia and to present to Utahns in persons and others through social media our culture. 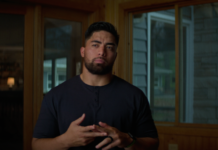 2nd season of Netflix’s UNTOLD series opens with the Manti Te’o story in The Girlfriend Who Didn’t Exist, directed by Ryan Duffy and Tony... 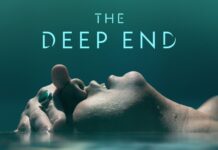 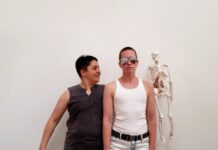